Trevor Noah shared a hypothesis Wednesday that Sean Spicer behaves more like "an overworked kindergarten teacher" than a White House press secretary, and enlisted a group of cute kids to help him prove it.

He then cut to a mashup of Spicer speaking to the press during White House briefings and an actual class of kindergartners, asking questions like, "Can I feed the fish today?" 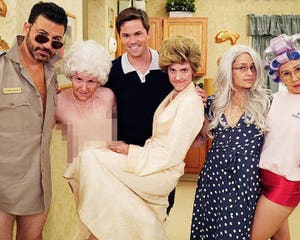 When another child interrupts, "No, it's my day," Spicer shoots back, "Major, major, hold on; Cecilia's asking a question, that doesn't mean you get to jump in."

Yeap. Noah's observation is spot on.