In the comedic spoof, Legend and Vincent rehearse a butchered version of Minnie Riperton's classic hit "Lovin' You." A disapproving Galifianakis acts as the duo's coach and even joins in at one point (but not to much avail because he ends up smashing his piano accordion with a chair). 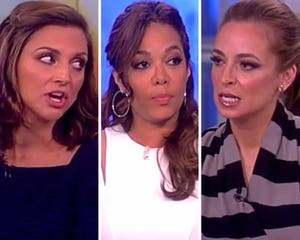 'The View' Debate Gets Heated Over Trump's Syria Strike: 'Enough of This!' (Video)

In the next few weeks, music from the "Seven Inches for Planned Parenthood" project will be released and made available for purchase in 7-inch vinyl and digital formats. Each single will include unique artwork and two sides of music, spoken word or comedy to benefit Planned Parenthood, which, by the way, provides reproductive health care to 2.5 million Americans at 650 locations nationwide.

"The day after the election was very hazy," Reid told Billboard. "We were throwing ideas back and forth and started to think about immediate things [Trump] was going to attack, and it was frightfully clear Planned Parenthood was on the top of that list. Many of us in music business are transient, don't have health insurance and rely on Planned Parenthood, so we got the idea off the ground." 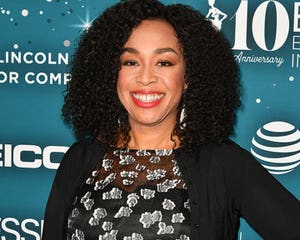 Shonda Rhimes Joins Planned Parenthood Board: 'Women's Health Is Under Fire... It's Important to Fight Back'

Reid and Berninger then reached out to Brandon Stosuy, director of Kickstarter's Creative Independent series, and Brandon Minow, who organizes and produces events for Planned Parenthood.

"The first person I asked was Bjork," Stosuy said. "Once she said yes, it gave us a little more legitimacy with other people. Then we could be like, 'So we have Bjork, Sarah Silverman and Zach Galifianakis.' Those were the first three we had. And from there, people realized we were serious in trying to do something, and it became easier to curate."

For the sake of efficiency, Reid and his team chose not to work with a label. Instead, they went directly to Erika Records, a vinyl production company run by Dunster. Erika Records is the only female-owned vinyl facility.

Cecile Richards, president of Planned Parenthood, shared her gratitude to the many who helped pioneer the project in a statement:

We're incredibly grateful to have the support of so many artists and entertainers, many of them who have themselves relied on us for health care,” said Cecile Richards, president of Planned Parenthood Federation of America, in a statement. “Planned Parenthood has been around for 100 years, and one in five women in America have turned to us for care. Planned Parenthood has stood defiantly in the face of opposition for a century, and we're not backing down now.

All proceeds of the Seven Inches project will go to Planned Parenthood. 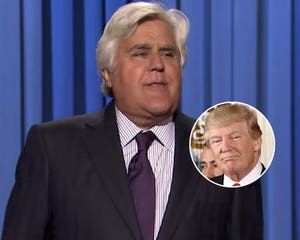