Bill O'Reilly made light of the United Airlines PR disaster that ensued after a passenger was forcibly removed from a flight on Sunday.

The Fox News host started the "The O'Reilly Factor" segment (above) on Monday night by playing the clip, which was first posted online by passenger Audra D. Bridges. The flight was overbooked, and when a Louisville-based doctor refused to give up his seat, stating he had patients he had to get back to tend to, law enforcement dragged him out of his seat and off the plane. Passengers watched in disgust as the man was audibly and visibly injured. Many recorded the incident.

As O'Reilly prepared to introduce Fox correspondent Rob Schmidt to talk about the situation, he chuckled and said, "I shouldn't be laughing, but it's just so bizarre." 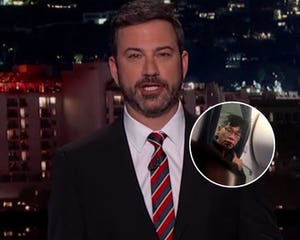 The awkward moment, which could give the Fox News star's critics even more ammunition to hound him for insensitivity, comes as "The O'Reilly Factor" is already having trouble retaining advertisers in light of sexual harassment allegations from five different women.

The New York Times reported earlier this month that O'Reilly and the Fox News network have already paid said women around $13 million, despite staunch denial by O'Reilly and Fox that he's guilty of any wrongdoing.