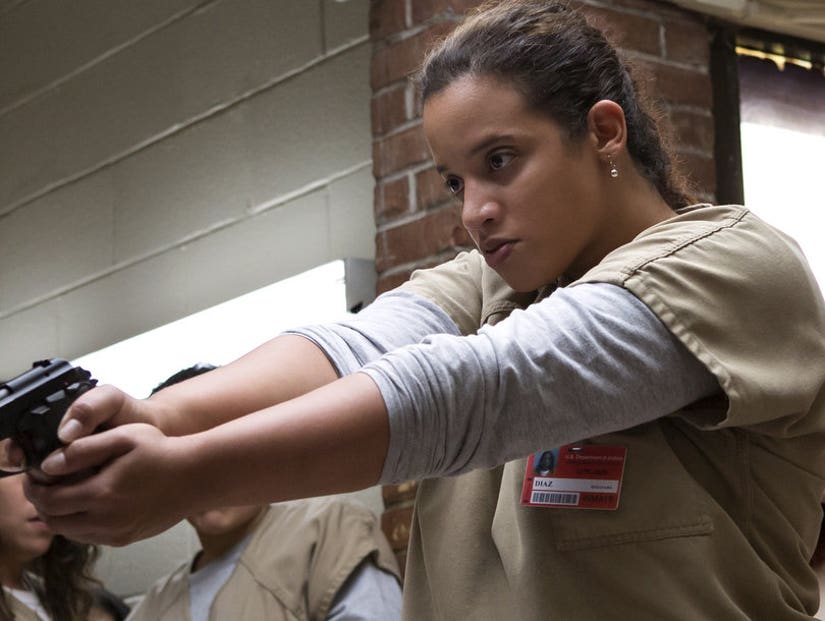 The first footage from Season 5 of "Orange Is the New Black" picks up right where the finale left off: Daya (Dascha Polanco) holding a prison guard at gunpoint.

Netflix released a minute-long sneak peek at the premiere, which shows Daya struggling with what the do next as Taystee (Danielle Brooks) urges her to pull the trigger

"We see trouble we turn around and walk the other way. We are out of the business," Vause (Laura Prepon) is also seen telling Champan (Taylor Schilling) as they walk towards the commotion. "Is this a real riot? If this is a real riot, do you think this is a step forward or backwards for equality?" asks Piper.

They run off and the clip ends with the sound of a gunshot, though it remains unclear who -- if anyone -- was hit.

The fifth season of the show will take a different approach than the first four, as Netflix announced the entire season will take place "in real time and over the course of just three days."

"A riot sparked by Poussey's death quickly escalates when the inmates gain control of the prison. Once they get a taste of power, chaos erupts in the halls of Litchfield," the streaming service said in a release. "The unprecedented season will take place in real time and over the course of just three days, leaving the inmates' lives forever changed as they are emboldened to fight for redemption, resolution and the respect they deserve. The series will debut on Friday, June 9 exclusively in all Netflix territories."

"Season five takes you back to that contentious moment in the prison's halls where decisions made will forever affect those inside, and outside the gates," Netflix added.

The fourth season ended in a riot after Poussey (Samira Wiley) was accidentally killed by a male guard. 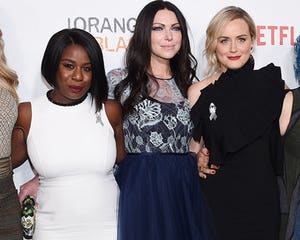 'Orange Is the New Black' Season 5 Teases Return: Here's Where We Left Off (Video)