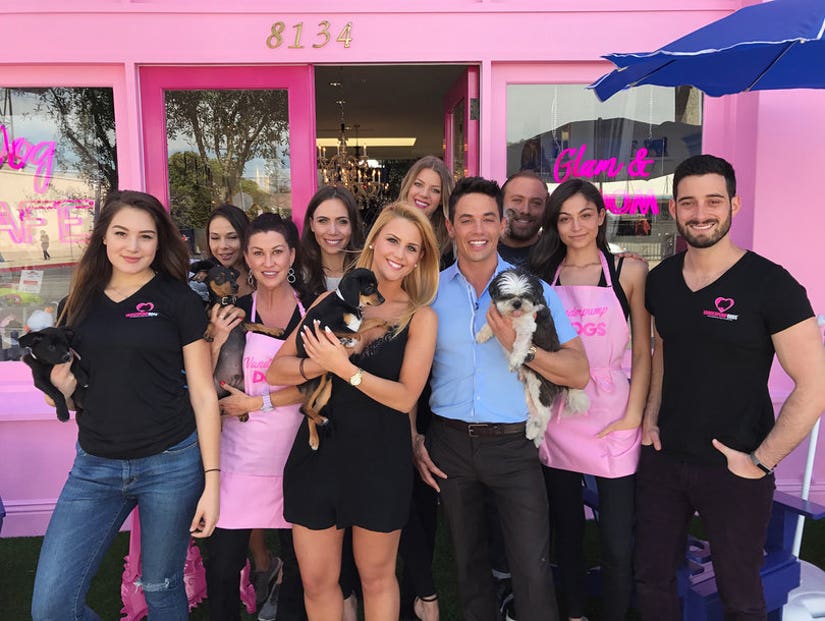 In the heart of West Hollywood between a cute café and a hipster boutique lays a bright pink 6,500 sq. ft. building with the words “Vanderpump Dogs” strewn in cursive above a giant wall of windows.

After the initial squeals over what resembled Barbie's Dream House subsided and we held a mini celebration over finding a fantastic parking spot, we made our way into Vanderpump Dogs to meet with the foundation's executive director and partner to Lisa Vanderpump, Dr. John Sessa.

Sessa greeted us with a big hug and an immediate apology. “I'm so sorry I look like such a mess! I've been up all night bottle feeding this new litter of puppies I have at home. Look how cute they are!” He proceeded to whip out his phone, a la proud papa.

For the record, Sessa looked more put together than most people would going to a black-tie affair, and the puppies were indeed adorable.

We made our way passed the "living room," where most of the facility's rescue dogs hang out during the day. We walked by a giant glass table with an assortment of cookies made specifically for dogs (needless to say, we were disappointed). Then we reached Vanderpump Dogs' grooming room, where two rescue dogs – Bugsie and Coco – were being “Vanderpuffed.” Naturally, this is where we set up shop for our interview. 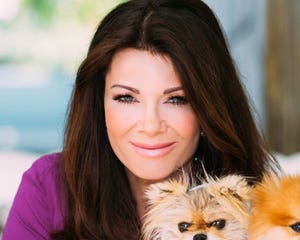 What started as an idea for a collar for Lisa Vanderpump's prized Pomeranian Giggy ended up turning into an entire line of clothing and accessories, which eventually got the name Vanderpump Pets.

“We always had a mind for the philanthropic, so when Lisa heard about the Yulin Dog Meat Festival 18 months ago or so, she was like, 'We have to spring into action,'” Sessa told TooFab. 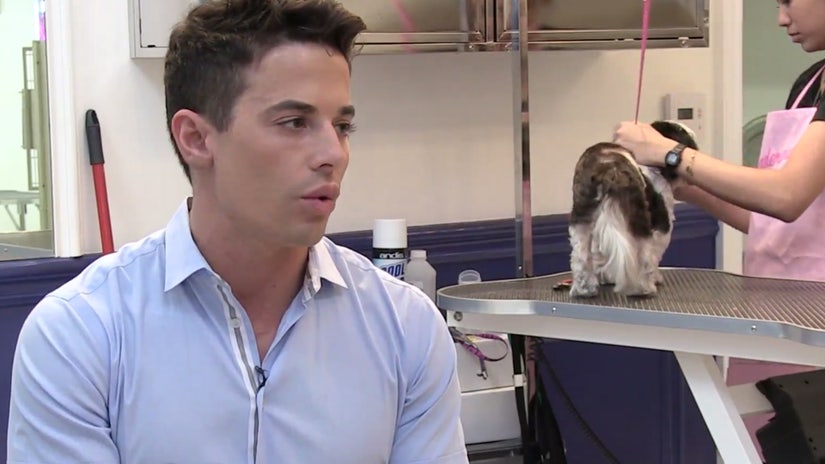 With the backing of Florida Congressmen Alcee Hastings, Sessa and Vanderpump traveled to Washington, D.C. in September 2016 to lobby for Resolution 30, a proposed bill that condemns China's Yulin Dog Meat Festival, which slaughters 10-15 thousand dogs annually. Sessa said he and Vanderpump will return to the nation's capital in April to continue lobbying for the bill.

The desire to “spring into action” prompted a grassroots movement, and so Vanderpump Dogs was born.

Sessa is a dog lover himself, and juggles his dual roles of Chief Operating Officer of Vanderpump Pets and Executive Director of the Vanderpump Dog Foundation with taking care of his own three pups.

“Ken [Todd] and Lisa [Vanderpump] are so heavily involved. They're here every day,” he said of the organization's co-founders. “It's a really good, familial environment.”

Vanderpump Dogs has a permit with the New Hope Community Partnership, so every morning Sessa and his team go around Los Angeles pulling dogs (35 lbs. and under because of facility restraints) from various shelters they believe they can place in good homes. 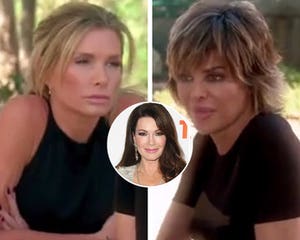 Since the facility's March 1 grand opening, Sessa and his team have adopted out a total of 22 dogs.

“The way that people have really embraced us in just the month that we've been here is just amazing,” he said. “People calling, some of the rescue stories… We've intercepted several hoarding situations, and we've dealt with owner surrenders.”

“And then there's the awareness,” he added. “With everything that Lisa does… I mean, whatever she tweets goes out to 3 million people.” 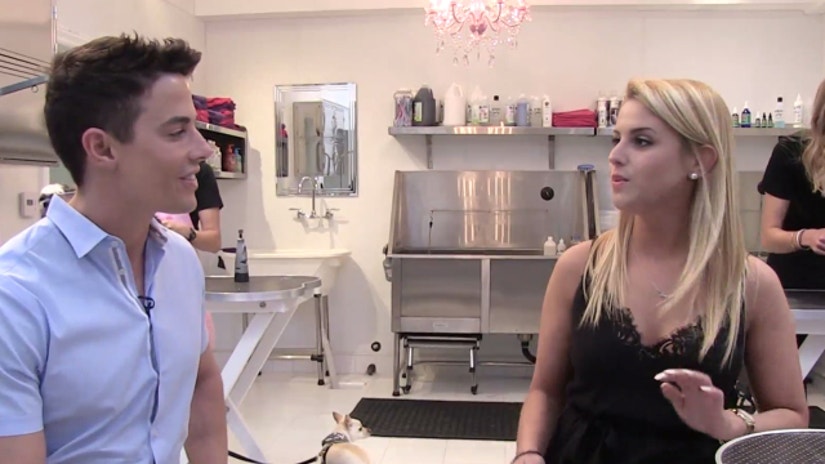 As Sessa walked us around the facility, we realized we weren't the only puppy-obsessed people there.

“Is it always this busy?” we asked.

“Every single day,” he said.

In addition to being a rescue center, the facility offers full grooming, food service including a bakery and a dog café, as well as Vanderpump Pets clothing and accessories. As Sessa said, “it's a one-stop shop.”

“We also wanted it to be self-sufficient, so 100 percent of the proceeds go back to the foundation so that we're not always dependent on donations and grants because obviously that's a vulnerable place to be,” he said.

Sessa's latest project, “The Road to Yulin,” is a documentary intended to raise awareness for the atrocities that happen to dogs overseas and the good that we, as a community, can do here at home. “The Road to Yulin” is still in production, but Sessa, who directs the film, anticipates its worldwide premiere at the Los Angeles Film Festival, June 14-22. 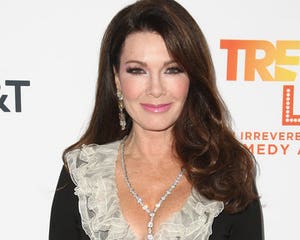 Lisa Vanderpump Has Another New Gig

Sessa then broke down for us the day-to-day goings on of life at Vanderpump Dogs, which begins at 6 a.m.:

“I walk my three dogs, then I'm here at like 6:45. And then there's dogs that stay overnight here, so they get walked. And then the fosters bring in the dogs [they're fostering]. So then we have about 12 dogs here that end up getting here by around 7:30. And then it's feeding them all, cleaning the pens they were in overnight, and then the morning crew starts. Then I leave, go home, get changed so I don't look like I've been cleaning kennels all day, and then...you never know.”

Because dogs are coming in from various shelters, Sessa said they all go through a quarantine process to keep ill pups away from healthy ones. During the initial 48-hour hold, a veterinarian comes in to access the quarantined dogs and treat them for kennel cough, skin diseases, etc. The dogs also get spade/neutered and receive microchips if they don't already have them. Once deemed healthy, the dogs are allowed to cohabitate with the other rescues at the facility. And in situations such as abuse or hoarding, Sessa said it's especially beneficial for the dogs to socialize with one another.

The dogs are then ready to be adopted. If someone is interested in adopting a dog, they fill out an application detailing their job, how often they're home, how often they're away from home, etc. Once the application is approved by Sessa, Vanderpump or Todd, they do a home check to ensure the living conditions of the prospective owner are to Vanderpump Dog standards. Then comes the hour-long interview with Sessa, Vanderpump or Todd. If that goes well, the new owner pays a $400 adoption fee. And to celebrate a dog's adoption, he or she is photographed in front of the doggie ears Lance Bass' husband Michael Turchin painted on the outside of the facility.

“It's like the new angel wings on Melrose,” Sessa said.

To learn more about Vanderpump Dogs, stop in or visit VanderpumpDogs.org. 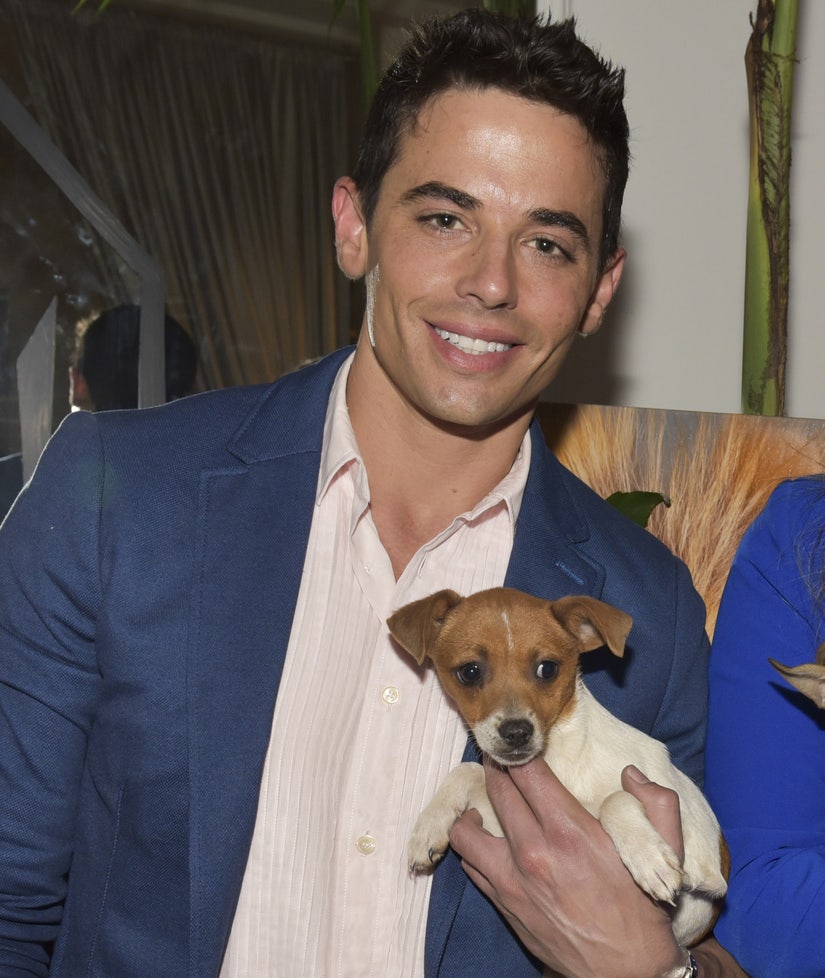