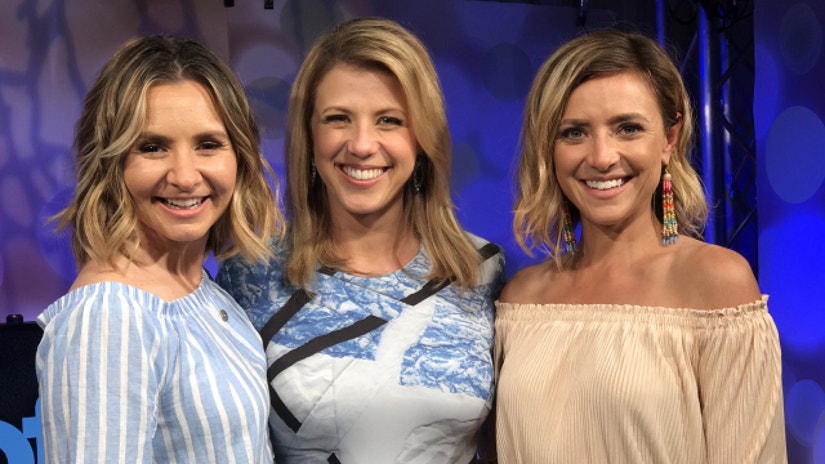 Former child stars Jodie Sweetin, Beverley Mitchell and Christine Lakin experienced a few odd side effects from growing up in the spotlight.

The trio debut tonight, April 12 on PopTV's "Hollywood Darlings" in which the actresses play exaggerated versions of themselves as they poke fun at their TGIF and WB beginnings on shows like "Full House," "7th Heaven" and "Step By Step."

Though they joke about some of their recent fan encounters, the three stars' real life stories from yesteryear are all kinds of crazy.

Sweetin, Mitchell and Lakin compared bizarre experiences during an interview with TooFab and we learned there's definitely a clear winner.

"When I was probably 9 or 10, I did an appearance in Des Moines, Iowa and like 10 thousand people showed up, there was a fire hazard apparently and they had to shut down the event," Sweetin told TooFab. "I had to get smuggled out in a cop car dressed as a boy. So there was that. They thought I just left. I was really upset."

For Lakin, she was once followed by a "bunch of boys" into Contempo Casuals.

But Mitchell really brought it home for TooFab.

"I had a bunch of guys show up at my house and trashed my Hummer, that sucks. Did I just take it down a notch?," she said.

It's clear these three definitely had followings back in the day, something they attribute to the family-friendly nature of their shows.

"I think the fans are really connected to all of our characters and who we are as people because at the time, family television, we were their friends, we were the people they were growing up with," said Mitchell.

"I think that level of relatability, all of our shows had these big extended happy families and that was something that a lot of people connected to and really loved watching," added Sweetin. "And now we get to ruin that family expectation with everything we say on 'Hollywood Darlings' and really push that envelope and have people be really shocked by what these little child actors are saying."