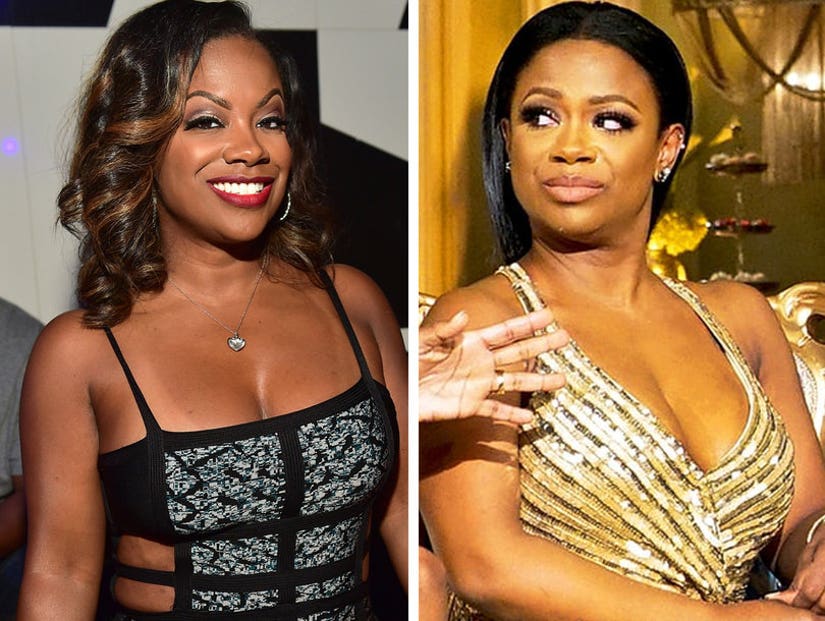 Another "Real Housewives of Atlanta" star got a boob job, but not the one everyone assumed had gone under the knife.

During the Season 9 reunion taping, Andy Cohen pressed Kenya Moore on Porsha Williams' allegations she's gotten her bust enhanced, but it was Kandi Burruss who copped to recent plastic surgery. 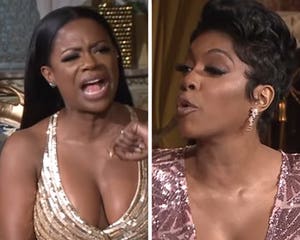 40-year-old Burruss surprised everyone though when she admitted she just got herself a new pair.

"I just joined the club," she revealed. "After we finished taping, I decided to pump them up. I'm gonna take these from sleek to on fleek."

Cynthia Bailey, Sheree Whitfield, Williams all confirmed they've gotten boob jobs in the past as well, while Kenya continued to deny deny deny.