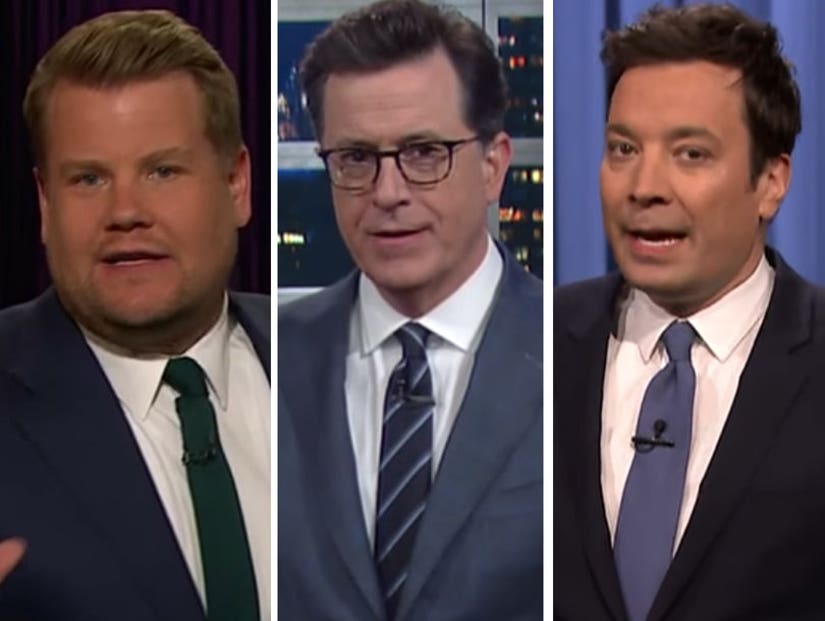 Colbert and his alter-ego sent O'Reilly off on Wednesday night's airing of "The Late Show With Stephen Colbert" with a bang.

"It's like looking at your front yard and the big oak tree is just gone," Colbert said about the departure of O'Reilly from Fox News. "I'm sure the oak tree said some disturbing things about young black men with their rap music and their neck tattoos, but damn it the tree had been there forever. And your grandpa liked to just sit there and stare at it, and then the tree would sell your grandpa gold coins and self-lubricating catheters."

Colbert's alter-ego later took the spotlight with his own statement. "Hello, nation, and shame on you," he said. "You failed him. You failed Bill O'Reilly. All he ever did was have your back, and if you're a woman, you know, have a go at the front too."

"And what?" he asked. "Suddenly sexual harassment's a crime? Well, that's the country we live in now, Obama's Trump's America." 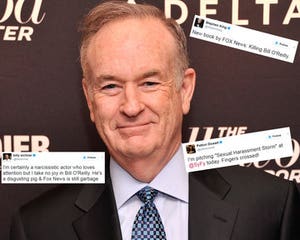 "Fox News had no choice," Corden said about O'Reilly's departure. "They have a very strict '28 strikes and you're out' policy."

"I really look forward to his next book," Corden said, "'Killing Time at Home.'" 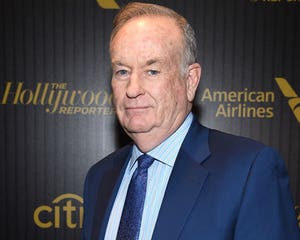 Fallon took his own shot at O'Reilly and said, "Today, Fox News announced that Bill O'Reilly has been fired after his sexual harassment scandal."

"Experts say that it's not likely that any self-respecting network would ever hire him," Fallon said and took a jab at CNN.

"Then CNN said, 'Welcome aboard,'" he joked.

See what the late-night host said about O'Reilly's visit with the Pope in the hilarious video above. 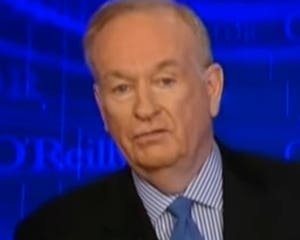 See the spoof ad for the "new" show above.