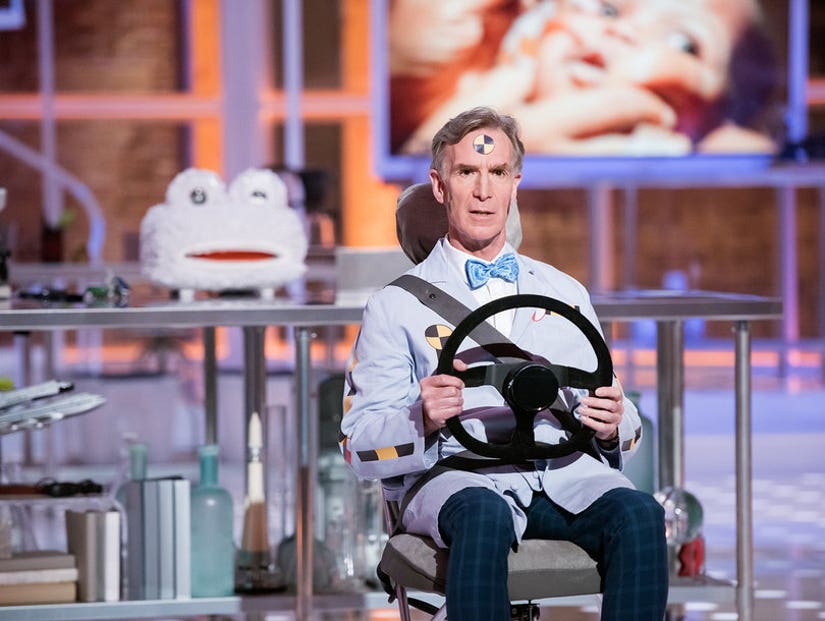 Nostalgia is big business these days, and so just about every TV show enjoyed by kids in the '80s and '90s has been, or soon will be, rebooted by unoriginal Hollywood executives. We've been inundated with new episodes of "Full House" and "The X-Files," and reboots of "Power Rangers" and "MacGyver," but if there's any show that actually feels necessary to bring back in these dark times, it's "Bill Nye the Science Guy."

The bowtie-wearing engineer did his darndest to make science cool for elementary and middle school kids in the '90s, with the show running for 100 episodes between 1994 and 1998 on PBS and in syndication. It was a silly show, with Nye teaching science concepts to audiences at home, assisted by kids in a lab and on location. Many children at home may have taken the "science rules" message embedded in Nye's original theme song to heart, but their parents are still alive, and they seem to have regressed back to the stone ages. It's clear that global warming is wrecking the oceans and entirely remaking climates and coastlines, and Americans just elected a president who couldn't seem to care less (just wait til your golf courses are flooded, pal).

Aptly titled "Bill Nye Saves the World," the long-awaited reboot was released Friday on Netflix. But it's going to take more than 13 episodes to fulfill the promise of its title, both because many of our fellow citizens are idiots, and because the show still needs to find its footing.

At the top of the first episode, Nye addresses the camera, acknowledging his legacy and then noting that this time around, he wasn't making a kids' show. His new program is "for you grownup kids all over the world," he says, and that's where much of its issues arise.

Nye and his team of correspondents do an admirable job of trying to explain important topics to a broad audience, but sometimes, it all feels too dumbed down and gimmicked up — like they're so afraid of being complicated and boring, that they've overcompensated. Combined with the show's low-fi and low-budget approach, it leads to some weird moments, like when he has people through little balls at him as he wears a sticky lab coat in an effort to explain how vaccines work in society.

Then again, you wouldn't have thought that Nye would be explaining vaccines and urging people to have their kids get their goddamn polio and measles shots 20 years after he first went off the air. We're in a sad state of affairs, with anti-vaxxers and climate change deniers having a disproportionate impact on our public policy and social conversation, and so instead of delving deep into the cutting edge of science, he's got to focus on saving Americans from their dumbest neighbors.

There's an edge of incredulity to his presentation, which both gives it an urgency and awkwardness; Nye, while engaging and fun, is not a natural showman, and his rants about science deniers come off a little bit forced (though it's fun to see him say what he really thinks). He gets help from celebrity guests — Zach Braff, of all people, shows up to help him scream about climate change — but that just feels out of place. And the studio audience does him no favors, either; they're clearly into the show, but having them there makes him play to a crowd, and that only emphasizes that he's not on the level of real late night talk show hosts.

Plus, the stage is huge, and he looks comparatively small, because they don't zoom in on him like late night shows do for their hosts. He makes some bad jokes to get them laughing, and it works because of course they're going to laugh, but that only undermines the seriousness of the topics at hand. The next season would be better served dropping the whooping fans and letting Nye be his natural self in a show that takes advantage of computer graphics and more visual aids.

The best parts of the show are more intimate. He's got science correspondents who go around the world to see how the issues are affecting people globally, and they do an admirable job — even Karlie Kloss, the supermodel and computer programming enthusiast who goes to Venice to look at the rising waterways in the first episode. And the panel discussions that Nye leads in the back third of each episode are always engaging, but it offers three adults who are well-spoken and take the subjects seriously. That third of the show feels like the time for actual grownups — not "grownup kids" — to tune in.

We learned a few things, including the details of how vaccines work, and the cost and benefits of different alternate power sources. Even with some gimmicks, it's an informative show, and kept us engaged enough to remember much of what we learned. And that's likely more important to the staff of the show than all the jokes landing, so that's a credit to them.

Bill Nye probably won't save the world alone, and honestly, we may be hopeless. But he's got an engaging enough show for parents to watch with their kids, and if they both learn something about science, that's a start.