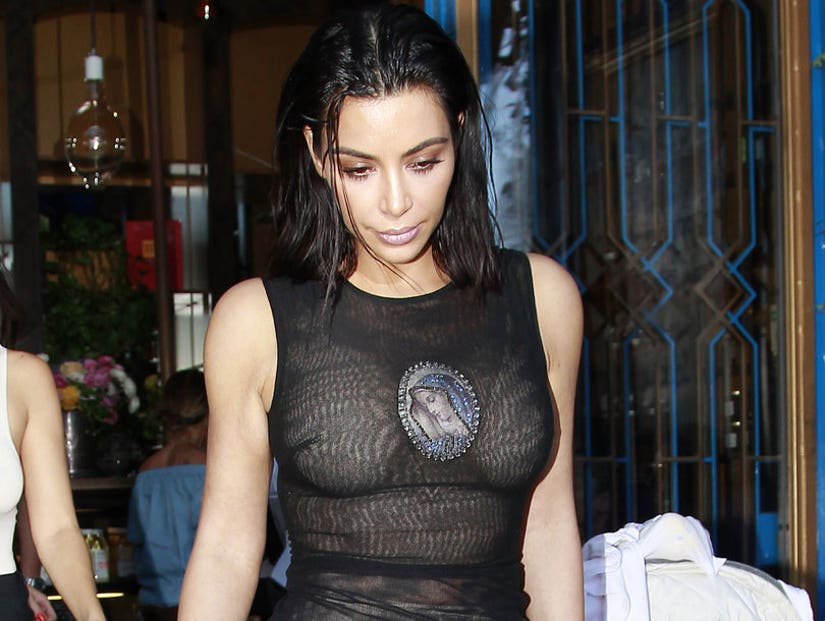 Kim Kardashian faced some holy backlash after double-dipping into the Virgin Mary pond this week.

The reality TV star was photographed in a sheer, Dolce & Gabbana mini outside of the Little Door Restaurant on Thursday night. While Kim's no stranger to see-through dresses, it's the bedazzled image between her breasts that drew some extra attention.

Okay I don't care about the kardashians or anything. But did Kim really wear a dress with a Virgin Mary patch? Lmao 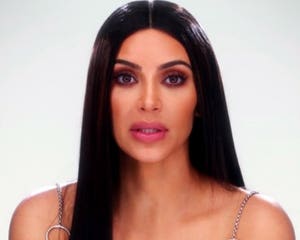 But those tweets were nothing compared to the online controversy she started earlier in the day, after she added a prayer candle to her Kimoji website featuring Kim drawn in the likeness of the Virgin Mary.

The "Kim Candle" can be purchased for $18 online, but sparked some serious backlash.

Haters flooded Kim's Intagram account with the hashtag #ChristiansBoycottKimoji and also tweeted their dissatisfaction with the 36-year-old on Twitter.

One user wrote: "Disgusting! As a Christian I'm truly offended. If you knew who the Virgin MARY was and represented you would actually be embarrassed." Another added: "So now you're the Virgin Mary? Another bad decision, from diet Flu to Virgin Mary."

See more of the brutal reactions below:

@KimKardashian Disgusting! As a Christian I'm truly offended. If you knew who the Virgin MARY was and represented you would actually be embarrassed.

@KimKardashian So now you're the Virgin Mary? Another bad decision, from diet Flu 😷 to Virgin Mary 😏🤔

@KimKardashian I'm Catholic we use candles with images of saints, the Virgin Mary etc. For prayer for healing and other reasons. #disapointed #disrepectful

@KimKardashian That is the most disrespectful thing i've ever seen.

@KimKardashian I'm not religious or spiritual but even I find this inappropriate. Seriously? How did this get past your pr team?

@jntenbroeck @KimKardashian Apparently the same way @KendallJenner got hosed for the Pepsi commercial.

@JMurph370 @spicycolleen @KimKardashian It's not just a candle, it's the Virgin Mary. You have to understand that this is very sacred to many people.

@KimKardashian If you have no boundaries, at least show respect for other people's religion.

@KimKardashian Hold on now. I can't rock with this. Kim baby, what is you doing?! 💀 pic.twitter.com/mmNPK64out

@KimKardashian No, Kim! NO! This is NOT ok! What's next, Kanye on a cross? (I better not give you ideas!) Stay in your lane.

@KimKardashian Kim, take this down.. you and your husband need to stop thinking you guys are gods

This isn't the first time this week Kim ticked off the masses. She also drew ire after joking about her "flu diet."

"The flu can be an amazing diet. So happy it came in time for the Met lol #6lbsdown," she tweeted April 19. The post has since been deleted, but she replaced it with an image of her wearing high-waisted skin-tight pants and a bra with the caption, "flu got me like..."