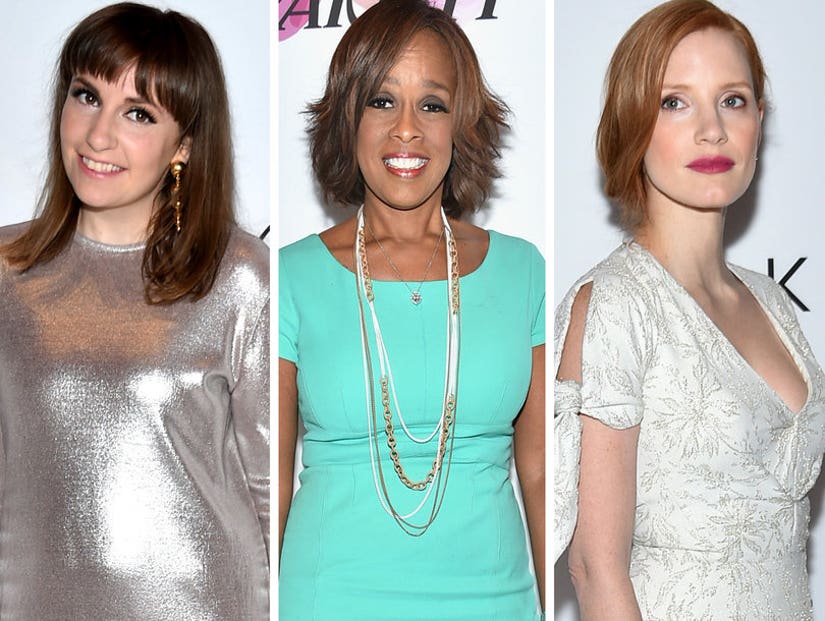 Bill O'Reilly was the punching bag of the hour at Variety's Power of Women luncheon on Friday, as Lena Dunham, Gayle King and Jessica Chastain all railed on the ousted Fox News host.

First, the former "Girls" star commended Fox News host Gretchen Carlson for calling out the network in July 2016, when she filed sexual harassment lawsuit against its Chairman and CEO Roger Ailes.

"I'm in the very privileged position to be able to say whatever the fuck I want most of the time, but when you work in a corporate infrastructure the challenge of coming out about sexual harassment is so massive," she said. "And to see a woman who surmounted that and bravely made space for other women to do the same is just deeply inspiring."

"We also should've known a few years ago about Bill O'Reilly when he confused a loofah with a falafel," she joked. "Does anyone remember that? So this isn't fresh info."

Dunham was introducing Jessica Chastain, one of the women being honored at the event. Chastain also delivered a jab in O'Reilly's direction during her speech.

"Most recently women said 'No' to a certain Fox News anchor. After years of sexual assault accusations and settlements were unearthed, women's rights groups called for the advertisers to pull their support from the show and companies listened. And so did Fox," she said. "As a result, the 8 o'clock news hour will be known as simply 'The Factor.' This is our collective power in action."

As for fellow honoree Gayle King, she shared a personal experience she had with O'Reilly when he was a recent guest on CBS' "This Morning."

"We had Bill O'Reilly on recently. He was promoting his book about manners," she explained, getting a huge laugh from the audience. "We asked him about Megyn Kelly's book and [co-host Norah O'Donnell] brought up the issue of sexual harassment and he said, 'Well, I don't want to discuss anything that brings negative attention to my network' … which seems very rich under the circumstance."

Blake Lively was also honored at the event, where she shut down a red carpet reporter who thought it was the perfect opportunity to ask her about fashion. It wasn't. 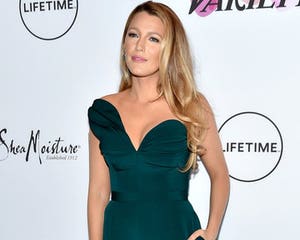 Blake Lively Shuts Down Reporter's Fashion Question: 'Would You Ask a Man That?'