Bill Maher expressed he felt an element of tragedy in the firing of Fox News staple Bill O'Reilly after sexual harassment allegations plagued the network and the former host.

"I feel like there is a tragic element to Bill O'Reilly where he couldn't get laid in a whorehouse with a million-dollar bill," Maher said on Friday's airing of "Real Time."

"Even though he was very successful at his career, what he really wanted was a woman, any woman, to 'Like me! Like me! Just somebody like me! You don't even have to f--k me, just like me!' And he couldn't. He's a dinosaur like this." 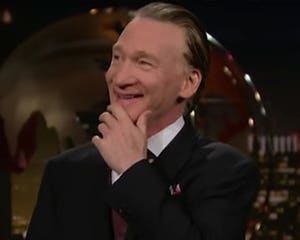 Maher continued and said that he felt O'Reilly's M.O. was dangling a job over a woman's head. "The only way he thought he could get laid was by threatening your job, or promising you one. Just either a carrot or a stick as opposed to just ... how about talking to a woman? Being nice to her? Maybe someone would like you, Bill, if you tried that approach."

Earlier in the segment Maher joked that he was surprised Fox News hired the black woman who came forward with allegations. 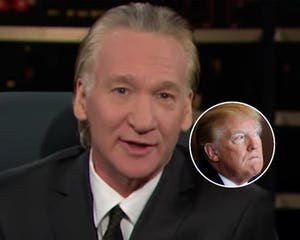 "You've been following this story for a while," Maher said, referencing the O'Reilly scandal. "It has not been going well for Bill. And apparently this week, the last straw: a black woman who worked at Fox News came forward and said he used to call her 'hot chocolate,' which I find shocking. Fox News hired a black woman? Shocking."