They're two of the biggest stars in the world, but Jennifer Lopez and Alex Rodriguez's relationship started in a pretty normal way.

The "World of Dance" star appeared on "The Ellen DeGeneres Show" on Monday, where she revealed -- in great detail -- how she and A-Rod became an item.

"I was having lunch somewhere and I saw him and he passed by … I was having a Cobb salad and some soup, tortilla soup," she explained, as Ellen pressed for as much intel as possible. "I saw him walk by, then afterwards I went outside, but for some reason I just felt like tapping him on the shoulder and saying 'Hi.' I was like, 'Hi Alex,' and he was like 'Jennifer,' and that's it. I mean more stuff happened, but that's how we met." 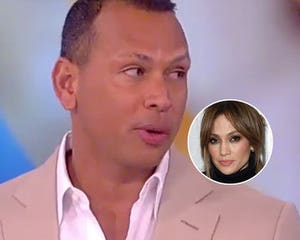 He texted her later and asked her out to dinner and the rest is history.

"I don't remember what we had for dinner, but we had a nice dinner," she added, as DeGeneres asked, "And then a sleepover?"

"No! Mama don't sleep over on the first date!" Lopez emphatically replied.

Just as Ellen started asking about the possibility of having children together, a man dressed in a Yankees uniform jumped out of the box between them and scared the living daylights out of Lopez.

When Lopez's twins with Marc Anthony -- Max and Emme, 9 -- joined their mother on stage, that box was all the boy cared about.

As Ellen tried interviewing both kids about fashion and texting, Max took it upon himself to hop into the fake table and answer questions from inside.

He then appeared to break the box.

"Your mom has a lot of money, we're going to sue her," joked DeGeneres. 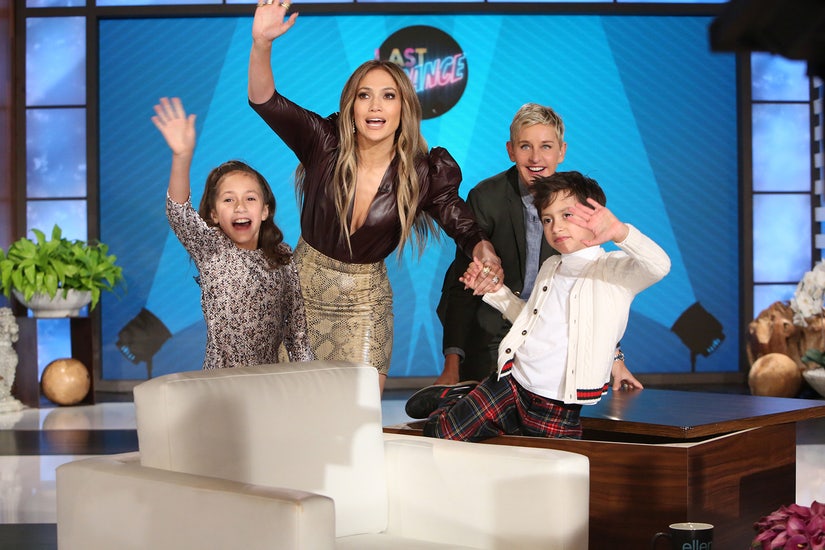