Donald Trump's one-page tax plan was met with major backlash on "The View" Thursday morning when Whoopi Goldberg argued that it doesn't do enough for the middle class.

"It was originally written in crayon," the moderator joked at the top of the show. "Perhaps they want to think this through a little bit more before releasing it. It's sort of like, 'We could maybe talk about doing this,' is this smoke and mirrors?"

Right off the bat, Jedediah Bila voiced her support of the plan, which she argued would give everybody a tax cut. The proposal reduces the seven tax brackets to three, 10 percent, 25 percent and 35 percent, with Bila saying "many middle class people" would fall into the 25 percent bracket. 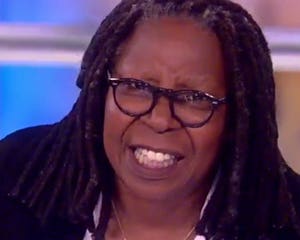 "Why not 35 percent for the middle class?" asked Goldberg. "These are the people we're always talking about folks need to take care of. Why not a gigantic cut for middle class?"

Goldberg then said Trump himself is going to "benefit beautifully," as Joy Behar said these cuts were the only reason he wanted to become president in the first place.

"I really believe that he ran for president just so he could cut his own taxes," she said. "He had no interest in governing. I am submitting to this court of inquiry that this is the reason he ran. I don't believe his motivation was for the greater good." 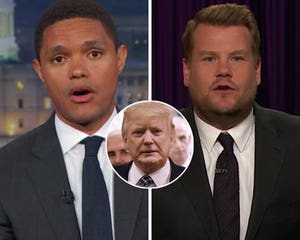 While Bila argued that the plan would help generate growth in the economy, Whoopi had another option in mind.

"If you want to generate growth in the economy, stop messing with people and telling them that we're going to pay for a wall we didn't ask for," she said. "If you really want to help the middle class, you have to keep money in the middle class pocket."