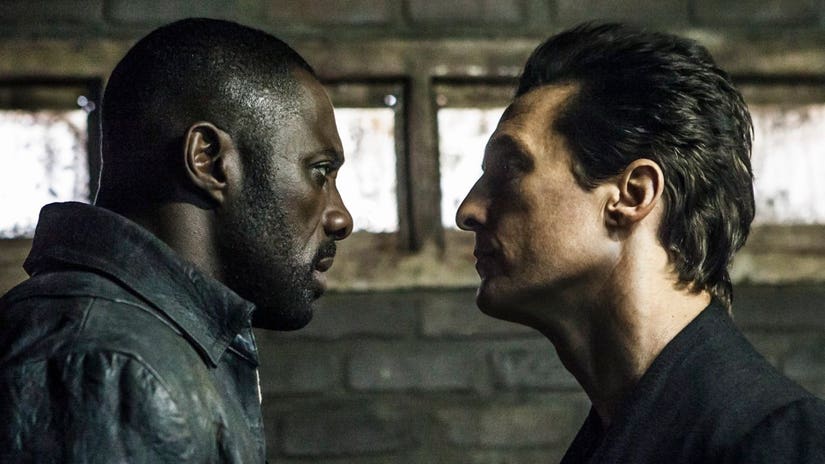 It's The Man in Black vs. the last Gunslinger in the first trailer for "The Dark Tower," with the fate of our world caught in the middle.

Sony Pictures released the first full look at its highly-anticipated adaptation of Stephen King's novels, which sees Matthew McConaughey's bad guy facing off against Idris Elba in an epic battle of good vs. evil.

"For thousands of generations, the gunslingers were knights sworn to protect us from the coming of the dark," Elba's Roland Deschain explains in the sneak peek. 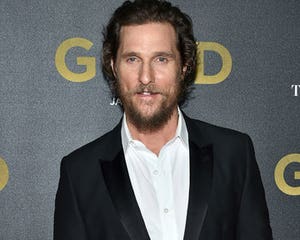 Hey Hollywood, Matthew Has An Idea About Trump...

From there, it's off to our world, where a young child (Tom Taylor) is being plagued by visions of The Tower and the two aforementioned characters, all in a land called Mid-World. The kid travels to this other dimension, where he recruits the help of the Gunslinger to stop the Man in Black from destroying Earth.

Fans of King's work will see a couple nods to his other stories, as there's a glimpse of the Overlook Hotel from "The Shining" in a photo inside the kid's psychiatrist office ... and another shot of him walking towards a Pennywise sign. Pennywise, of course, is the creepy clown from "It."

Check out the official synopsis of the film below. "The Dark Tower" hits theaters August 4, 2017.

There are other worlds than these. Stephen King's The Dark Tower, the ambitious and expansive story from one of the world's most celebrated authors, makes its launch to the big screen. The last Gunslinger, Roland Deschain (Idris Elba), has been locked in an eternal battle with Walter O'Dim, also known as the Man in Black (Matthew McConaughey), determined to prevent him from toppling the Dark Tower, which holds the universe together. With the fate of the worlds at stake, good and evil will collide in the ultimate battle as only Roland can defend the Tower from the Man in Black.