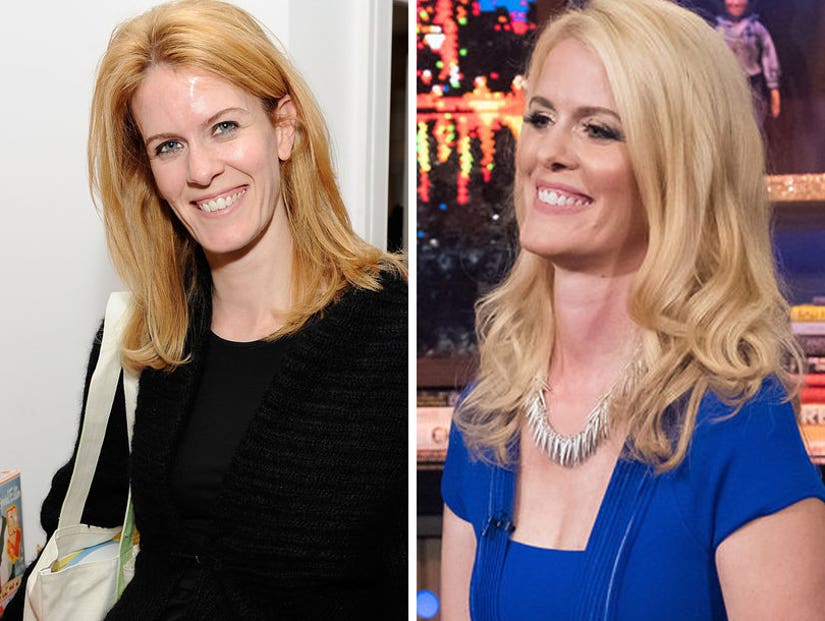 Alex McCord returned to Bravo on Wednesday night, where she was asked about all things "Housewives."

The OG "Real Housewives of New York" star was a guest on "Watch What Happens Live with Andy Cohen," where she updated viewers on her life and what she thinks of recent developments on the show.

McCord appeared as a main cast member for the first four seasons of the series, before it got a major makeover. Since her exit, Alex, husband Simon Van Kempen and their two children -- now 11 and 13 -- moved to Australia's Byron Bay.

While Simon sadly didn't also return for a performance of his single "I Am Real," McCord filled Cohen in on their lives now.

According to the former reality star, she doesn't watch the show anymore but keeps in touch with fellow "RHONY" alum Jill Zarin -- who she called "a great pen pal." McCord said she misses being able to "just walk outside your door and find stuff" in NYC and as for her hubby Simon, he has no plans to release more music and is actually in law school.

The discussion shifted to some of the milestone moments her former co-stars have gone though since she left the show such as Bethenny Frankel and Ramona Singer's splits from their husbands.

"I hate to see relationships and marriages break up, that always makes me sad. I missed 3 seasons, I checked out, I've been studying," she said.

Of Ramona and Mario's split, she said it "made me sad." She also said she "wasn't surprised" Bethenny and Jason Hoppy's marriage fell apart.

"I didn't think that was gonna work, I didn't," she said. "I think that a marriage is a partnership. If it's not equal, if you don't come at it from a level playing field, then that's a problem."