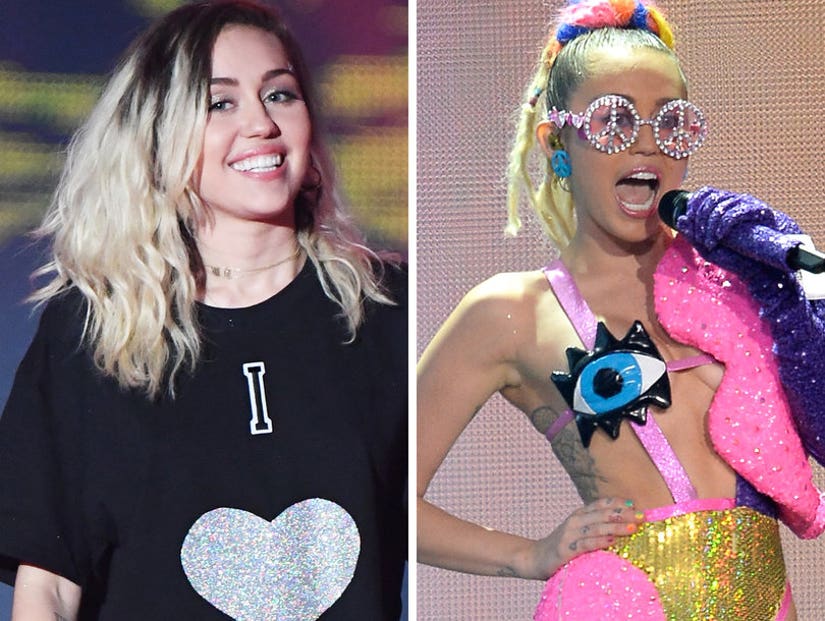 The "Wrecking Ball" singer revealed she's a whole new woman in the new issue of Billboard, in which Cyrus steps away from the raunchy persona she created for her "Bangerz" album and trades it for a more folksy appearance.

Gone are the half-naked outfits and her obsession over marijuana, as Cyrus tells the magazine her upcoming album will be a huge departure from anything we've heard from her before.

Here's all you need to know from the cover story:

"This is crazy but I haven't smoked weed in three weeks," Cyrus told the mag, adding that she's quit using "for a second."

"I like to surround myself with people that make me want to get better, more evolved, open. And I was noticing, it's not the people that are stoned," she continued. "I want to be super clear and sharp, because I know exactly where I want to be."

"I haven't smoked weed in three weeks, which is the longest I've ever [gone without it]," she added. "I'm not doing drugs, I'm not drinking, I'm completely clean right now! That was just something that I wanted to do." 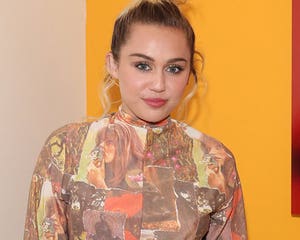 Her New Song Is About Liam Hemsworth

Cyrus' first single from her next album is "Malibu," out May 11. According to the profile, the track is a "breezy love song about Hemsworth -- gimmick-free pop-rock unlike anything she has recorded before."

When the reporter mentioned some may find the song "sentimental," Cyrus explained the meaning behind it. "They're going to talk about me if I come out of a restaurant with Liam. So why not put the power back in my relationship and say, 'This is how I feel?'"

Of their breakup and reconciliation, she added: "I needed to change so much. And changing with someone else not changing like that is too hard. Suddenly you're like, 'I don't recognize you anymore.' We had to refall for each other."

Her New Sound Is More Singer-Songwriter

"Yeah. But not granola," she explained. "I don't listen to Ed Sheeran and John Mayer and stuff."

Cyrus added she had to step away from the sounds of her last album in an attempt to distance herself from some of the misogyny that comes with the "hip-hop scene."

"I also love that new Kendrick [Lamar] song ['Humble']: 'Show me somethin' natural like ass with some stretch marks.' I love that because it's not 'Come sit on my dick, suck on my cock.' I can't listen to that anymore," she explained. "That's what pushed me out of the hip-hop scene a little. It was too much 'Lamborghini, got my Rolex, got a girl on my cock' -- I am so not that."

Miley said she also wanted to find producers who were "on the same page politically," but not in a Dixie Chicks kind of way.

"My record is political, but the sound bite doesn't stop there. Because you can write something beautiful and you know E! News will ruin our lives and say, 'This is a political record.' Because then I'm the Dixie Chicks and I'm getting my album smashed in the streets, and that's not what I want. I want to talk to people in a compassionate, understanding way -- which people aren't doing." 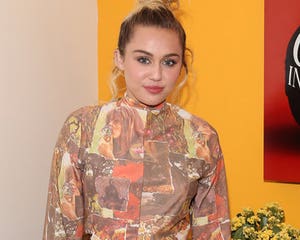 Her Toned Down Look Serves a Purpose

Cyrus said her countrified appearance is all part of her attempt to reach out to others who may not think the same way she does politically.

"I like talking to people that don't agree with me, but I don't think I can do that in an aggressive way," she explained. "I don't think those people are going to listen to me when I'm sitting there in nipple pasties, you know?"

"I like the way I think right now. But don't Trump supporters like the way they think? So I've also got to be open with the way I approach people with my opinions," she added. "That's the only way to make real change. And it's not because I want to sell records! I know now the ways that don't work. Because I went really hard during the ­election. But at the end of the day, we lost. We won, but because the system is fucked up, we lost."

"That really grosses me out. I always get in trouble for ­generalizing straight men, 'cause straight men can be my worst nightmare ­sometimes," she said. "And I'm with a straight dude. But he's always like, 'Well, don't call me that!'"