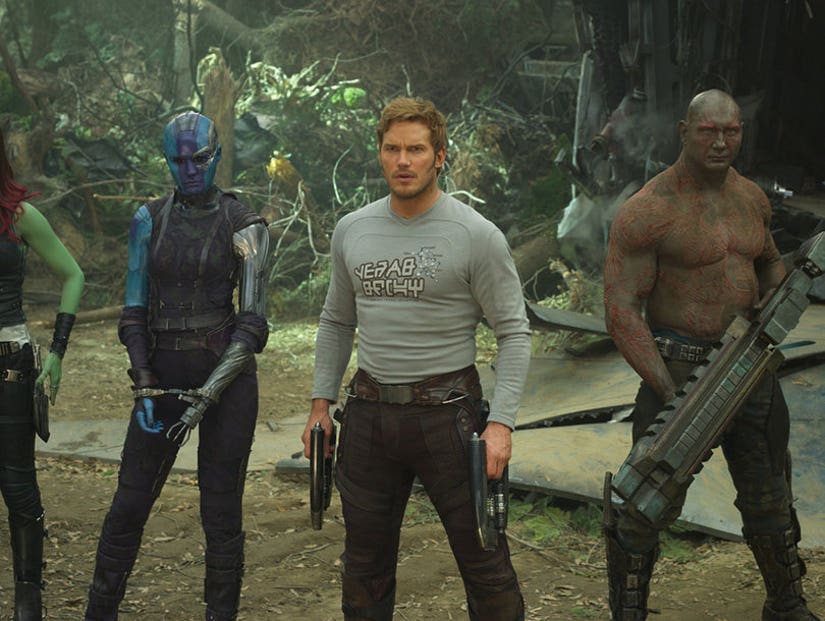 WARNING: This post contains major spoilers about "Guardians of the Galaxy Vol. 2."

Your favorite outer space a-holes returned to theaters this weekend in "Guardians of the Galaxy Vol. 2," giving fans an answer to one of the original film's biggest questions: Who is Peter Quill's dad?

Turns out his father was a living planet named Ego, who sired children all over the galaxy solely to drain power from them in an attempt to gain control of every planet he ever visited. Dick move, right?

With that dangling query out of the way, the sequel also introduced a whole slew of new ones we hope to have addressed in "Guardians 3" and "Avengers: Infinity War." 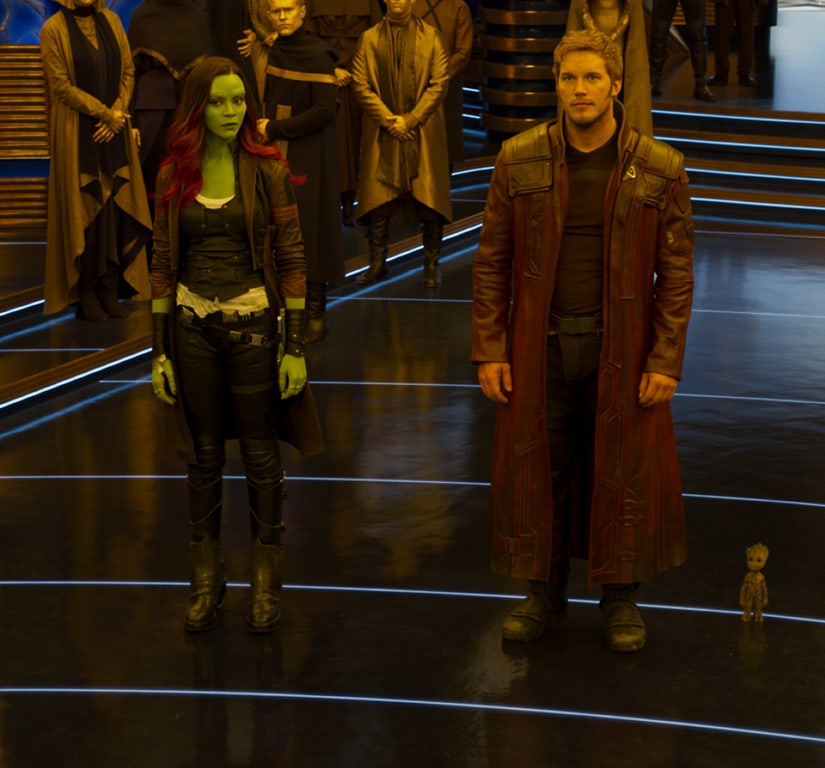 Will Gamora and Peter be a couple in the next movie?

The sexual tension between the green-skinned warrior (Zoe Saldana) and the Earthling (Chris Pratt) reached an all-time high in "Vol. 2," with the characters battling their feelings towards each other until the very end.

But in the film's final moments, Gamora finally admits there is an "unspoken" connection between them, paving the way for full-on coupledom for the twosome going forward.

With the Will They/Won't They dance out of the way, it'll be interesting to see Star-Lord and Gamora try out a real relationship. 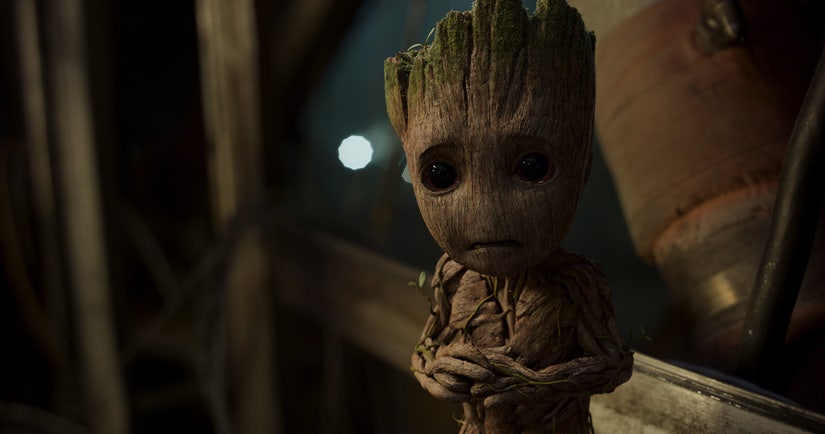 Will Teen Groot get more time to shine?

Baby Groot was at the center of "Vol. 2's" entire advertising campaign and it's easy to see why: he's so damn cute.

The tree creature (voiced by Vin Diesel) spends the film as an adorable, mini plant who battles baddies and gets a bulk of the movie's scene-stealing moments.

One of the many post-credit scenes shows the next stage in his growth though, as Peter enters Groot's bedroom to find him in teenage form. Yes, he still delivers his infamous "I am Groot" line, but with much more angst.

Groot will appear in "Avengers: Infinity War" before "Vol. 3," but will he be fully formed or still mid-adolescence next time we see him? 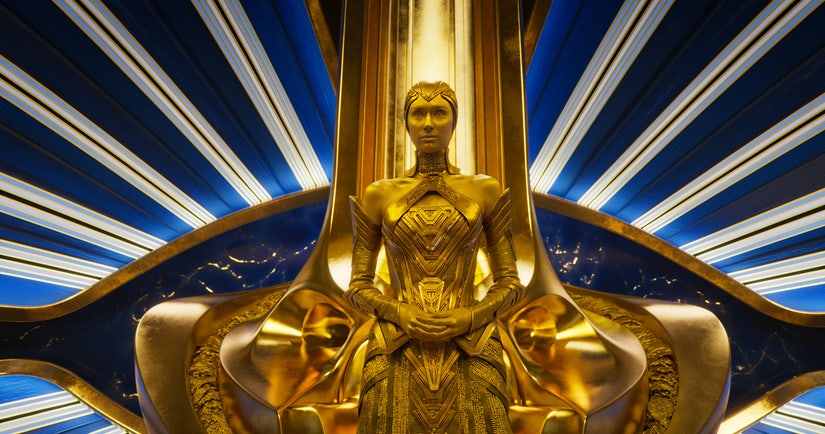 Who is Adam and how does he fit into the bigger picture?

In another stinger, the gold-dipped Ayesha (Elizabeth Debicki) says she created the perfect weapon to take down the Guardians before the camera cuts to a shot of a golden cocoon. "I think I will call him ... Adam," she says. So, who is he?

The cocoon and the name are both a clear reference to the character Adam Warlock, a superhero in the Marvel comics who's also a big player in the Infinity Gauntlet arc. Director James Gunn confirmed the character won't appear in the upcoming "Infinity War" film, but he'll definitely be part of the Marvel Cinematic Universe going forward.

In one version of the comics, Ayesha and Adam are twins, though we don't know whether the MCU will take the same approach. At different points in his character's history, he's also been a member of the Guardians of the Galaxy as well as the founder of Infinity Watch.

We could easily see the Infinity Watch come into play after the next Avengers film, as Warlock's group is tasked with preventing the Infinity Stones from ever being reassembled in the Infinity Gauntlet again after Thanos gets his hands on them. 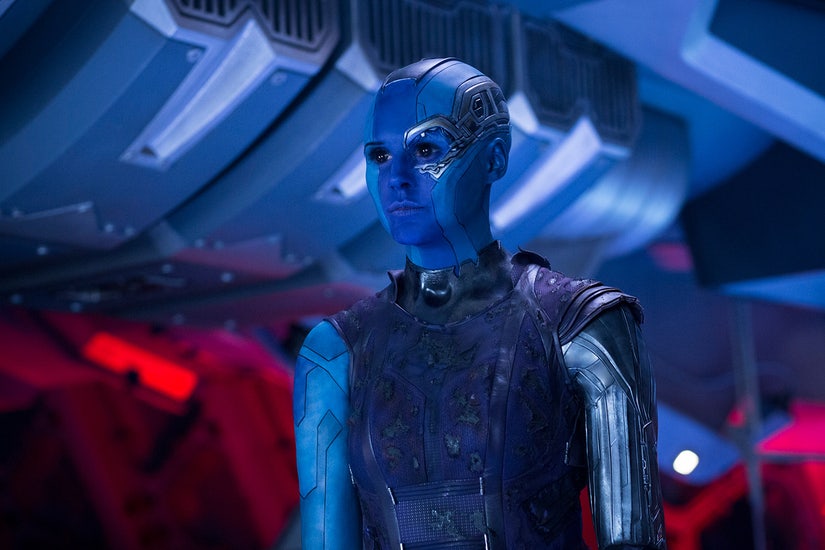 What's going to happen to Nebula?

After patching things up with her sister, Nebula (Karen Gillan) heads out on a solo mission to kill Thanos at the end of "Vol. 2."

Since the Mad Titan is the Big Bad of "Infinity War," we'll likely be seeing both of them on the big screen before "Vol. 3" ... and, chances are, she won't be taking him out on her own.

Nebula and her daddy issues are actually a huge part of the Infinity Guantlet arc in the comics, so it's great to see she'll still be very much involved in the film adaptation.

That being said, what the hell is she going to do when she finds her father? Could she be the one who gets the Guardians to meet up with and possibly help the Avengers stop her dad? 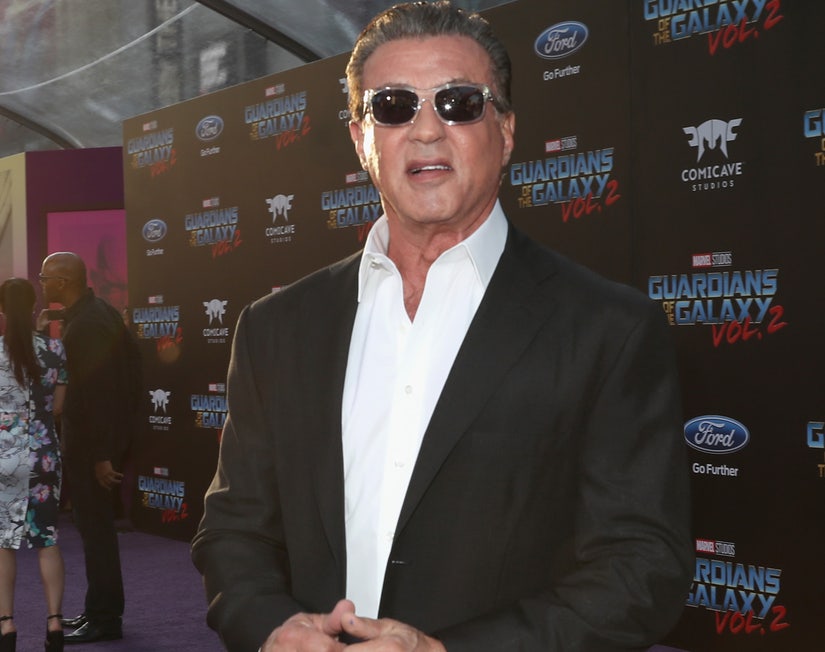 Who were the random guys at the end and will we see them again?

Another mid-credits scene sees Sylvester Stallone's Ravager Stakar reunite with Charlie-27 (Ving Rhames), Martinex T'Naga,(Michael Rosenbaum), Aleta (Michelle Yeoh), Mainframe (voiced by Miley Cyrus) and Krugarr, many of whom were founding members of the Guardians in the comics with Yondu (played by Michael Rooker on film).

Their appearance in "Vol 2." is extremely brief, but director James Gunn teased their possible roles in future films.

"My plan is to see more of [Stallone's character], I'm not sure about him appearing in Vol. 3, we'll have to see about that, but it's our plan to see more of Stallone," he told the Toronto Sun. "Kevin [Feige] and I are working on what is going to become of the Marvel Cosmic Universe and where it's going to go. We plan to see the rest of them in the future."

"You will not see [Charlie-27 and Aleta] until [Guardians] 3 at the earliest," he also told Gizmodo. "One of the original ideas was, James [Gunn] was fleshing out the character of Yondu... and having the fun of tipping our hat to the original Guardians team. [It] just gives James another set of tools to play with as he's piecing together future stories."

Whatever the plans may be, this is one totally random -- and awesome -- mix of actors. We'd follow a mission with them on screen any day.

Sean Gunn's character Kraglin could also easily join up with them, if he doesn't end up becoming one of the new Guardians as well. 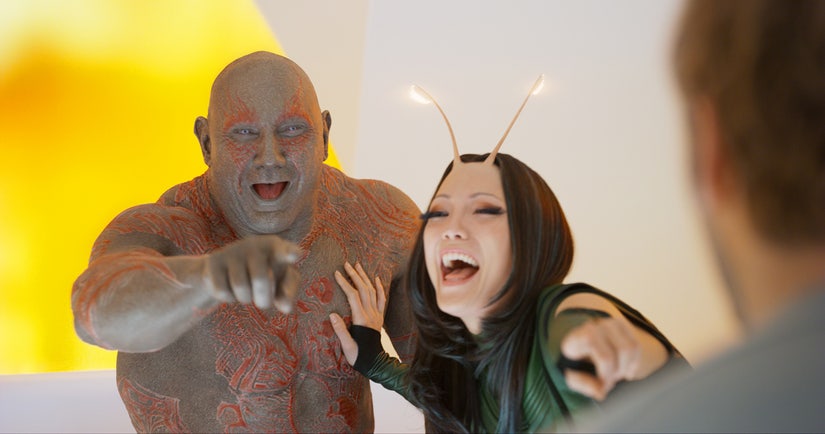 Will one of the Guardians come out?

While promoting the film, James Gunn said he'd love to introduce a gay character in future movies. "We might have already done that," he added. "I say watch the movie. Check it out. See what you think."

"We know Gamora and Quill are interested in each other. That's about the only sexual relationship that exists within the Guardians," he later clarified to Digital Spy. "We know Drax has a past with a wife so he's got some sort of interest in women. But we don't really know who's gay and who's not. It could be any of them."

Though "Vol. 2" introduces a love/hate flirtation between Drax (Dave Bautista) and Mantis, some online have theorized that Pom Klementieff's empath could be more fluid with her sexuality.

No matter who it ends up being, the MCU is definitely due for its first out superhero. We're here for it. 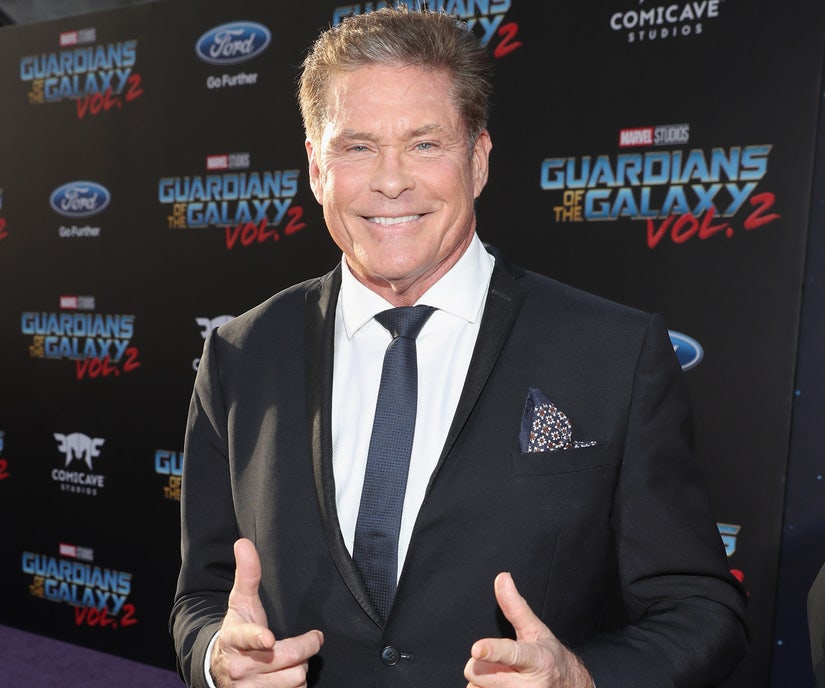 No, probably not, but that was a pretty awesome cameo, right?