Stephen Colbert tore into House Republicans Thursday night for their premature celebration of the American Health Care Act. The CBS late night host couldn't help but remind the GOP that the beer bash should be put on hold since the bill still has to pass the Senate before it's signed into law.

"So they did it," Colbert said. "'Obamacare is finally officially dead,' is something they can say once the bill goes to the Senate, then gets out of committee, is debated on the floor, where amendments can be added, then the Senate votes on their bill, which is sent to conference committee, where the difference between the two bills are ironed out, then voted on in the House and Senate again, then sent to the White House for the president to sign. Which is why Republicans were changing, 'We're number one… third of the way through a very complex process.'” 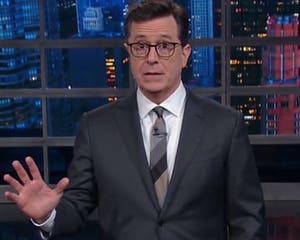 Earlier in the day, the House of Representatives narrowly passed the American Health Care Act with a 217-213 vote.

The AHCA essentially takes America back to a time when all states set its own rules for health insurance. It seeks to provide refundable tax credits based upon a person's age and income.

The bill also abolishes the federal match for the Medicaid expansion in 2020 while restricting federal support for the program that covers about one in five Americans. The AHCA also defunds Planned Parenthood and could make a myriad of serious and common health conditions, as well as sexual assault a pre-existing condition which could cause Americans to be denied coverage by insurance companies.

And lastly, the bill lifts Obamacare taxes that were thrown upon the wealthy, insurers and companies. 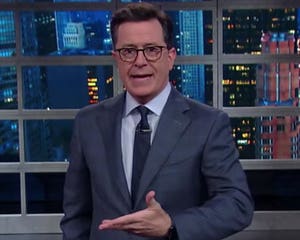 Stephen Colbert to Trump: 'Not Normally a Good Thing to Compare Yourself to 9/11' (Video)

“The GOP just kicked America in the balls,” Colbert said. "All that's true, but it didn't stop Republicans from throwing a massive beer bash. And it wasn't just beer. I mean, they haven't accomplished anything, but it wasn't just beer. They also served unhatched chickens."

Colbert then continued to bring to viewers attention that the regulation is trying to stop Obamacare tax hikes that are attempting to fund insurance subsidies by instead providing a large tax break for the wealthy.

“If hearing that raises you blood pressure, calm down, you can't afford the medication anymore.” 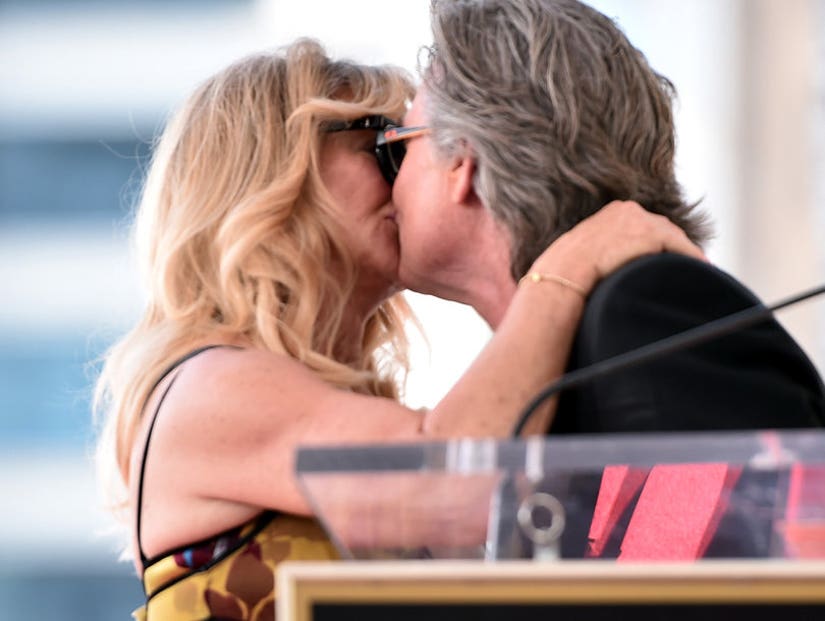