Colin Farrell confessed to Ellen DeGeneres that he once used a beard trimmer to groom his man parts in preparation for a sex scene.

The actor sat down on "The Ellen Degeneres Show" Monday where she retold the story while playing Ellen's "Celebrity Confession" game.

"I was doing my first American film back in 2000 and there was a sex scene in it. I had never done a sex scene before. I went up to the director Joel Schumacher in just a dressing gown and nothing underneath. I opened it up to him and referred to it as a retro bush. I decided I would go trim it." 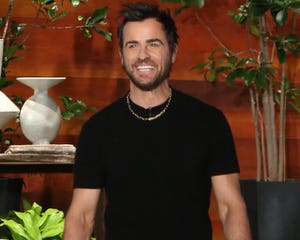 Farrell said he asked the hair and makeup team on set if anyone had a beard trimmer that he could use, and that's when he went on to trim the bush.

Farell is promoting his upcoming film "The Beguilded" and is also celebrating 10 years of soberiety. The actor told Ellen about the personal milestone, saying he enjoys the progression of his life, specifically the getting older part.