Jimmy Kimmel fired back at critics Monday night of his emotional plea for lawmakers to make sure health care in America covers all children, regardless of their parents income.

“One week ago tonight, I made an emotional speech – that was seen by millions – and as a result of my powerful words, Republications in Congress had seconds thoughts about repeal and replace, they realized that what is right is right – and I saved health insurance in America,” Kimmel said in his monologue (above). "Oh, I didn't? They voted against it anyway? I really need to pay more attention to the news."

The ABC late-night host came back from paternity leave last week to share a heartbreaking 13-minute speech about his baby boy's dramatic birth. His son William seemed to be a healthy and happy baby, but a nurse noticed a little discoloring which resulted in an open-heart surgery three days after he was born to save his life. 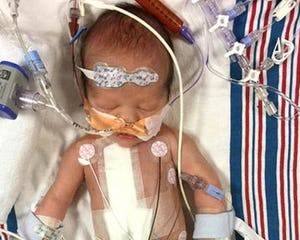 "If your baby is going to die and it doesn't have to, it shouldn't matter how much money you make. I think that's something, whether you're a Republican or a Democrat or something else, we all agree on that," Kimmel said at the time.

Although many famous viewers including Barack Obama and Hillary Clinton praised Kimmel's message, others on the conservative spectrum of politics criticized it.

"I would like to apologize for saying that children in America should have health care," Kimmel said sarcastically. "It was insensitive. It was offensive, and I hope you can find it in your heart to forgive me."

Kimmel said there are "some very sick and sad people out there," and called out Newt Gingrich, the Trump administration official who said during a recent TV appearance that doctors across the country will perform emergency procedures to save a baby's life, without waiting for the parents to cut a check.

“Yes, it is true that if you have an emergency they will do an operation, and that's terrific if your baby's health problems are all solved during that one visit. The only problem is that never, ever happens," Kimmel said. "We've had a dozen doctor's appointments since our son had surgery. You have a cardiologist, a pediatrician, the surgeons, some kids need an ambulance to transport them – and that doesn't even count parents who have to miss work for all this stuff."

"Those details, Newt forgot to mention," Kimmel added. "I don't know if the double layers of Spanx are restricting the blood flow to his brain." 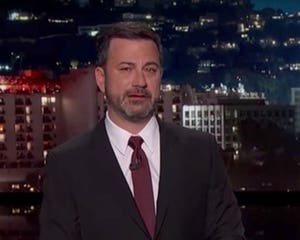 Then Kimmel roasted the former Speaker of the House for his theory that late-night comedians in Hollywood "ain't funny 'cause they're too angry [at President Trump] to be funny.”

“Gee, I wonder why we're so angry," Kimmel said. "Maybe it has something to do with, I don't know, you? Listen, Newt Gingrich does know a lot about comedy. This is the guy who helped lead the impeachment effort against Bill Clinton for trying to cover his up his affair while he was having an affair. That's hilarious. Come on. Whatever you want to say about him. Thank you, Newt. There's a reason he's named after a lizard, and that was it.”

But despite his critics who are in favor of changing the health care laws in America, Kimmel has also received a ton of love and support since he shared his story.

“So many people made donations to CHLA and my wife and I are very grateful for them,” Kimmel said. “Our plan is to send a card to everyone who made a donation and there were a lot, so you might be getting those at Christmas time.”

Kimmel ended his monologue with a comforting message that his son is doing much better.

“He's eating. He is getting bigger. He is sleeping well," Kimmel said. "He can read now, which they say is unusual [for a child his age]." 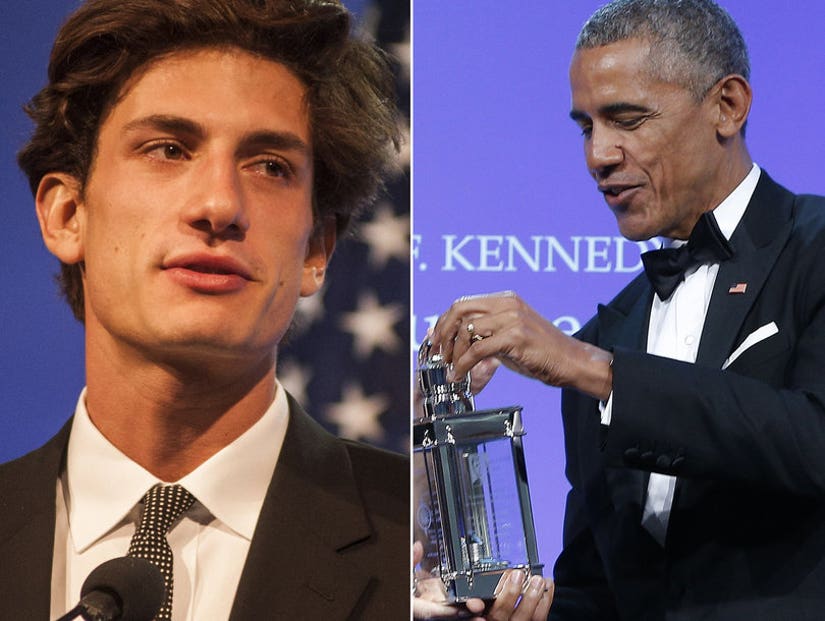