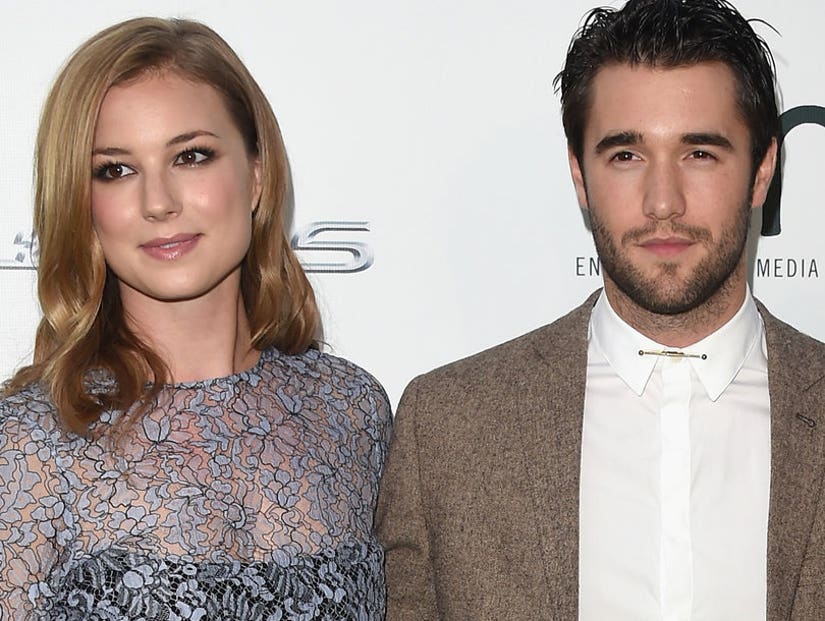 Things didn't quite work out for Daniel and Emily on "Revenge," but in real life co-stars Emily VanCamp and Josh Bowman are engaged.

The actress announced the news on her Instagram page on Thursday, sharing a photo of herself covering her face while showing off her impressive engagement ring. She captioned the photo with a simple heart.

The two met on the set of the ABC series, which ran for four seasons from 2011-2015, but have been very private about their relationship.

"Josh and I keep it all very separate. I barely talk about him in interviews, to be honest," she said in a rare interview quote about him in Elle Canada in 2014.

She also opened up to InStyle Australia that same year about the "wonderful love in her live," adding, "Trust is the most important thing in any relationship because everything falls into place after that."

VanCamp will return to series television this season in Fox's news medical drama "The Resident."