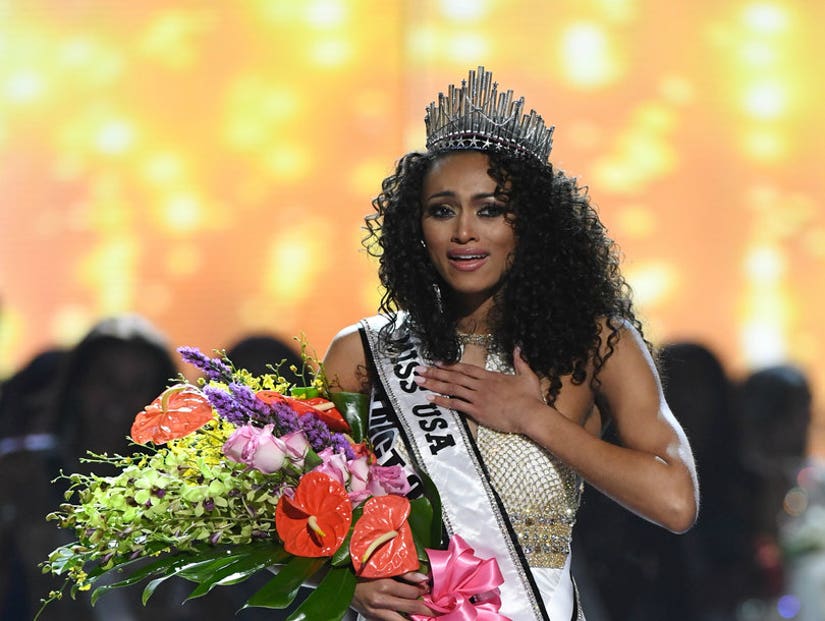 Kara McCullough from the District of Columbia was crowned Miss USA 2017 on Sunday night during its live competition in Las Vegas - but it seems like some people are not so happy with the outcome.

This the second year in a row that Miss USA hails from D.C, and McCullough's resume is quite impressive - working as a nuclear scientist at the United States Nuclear Regulatory Commission.

From the looks of social media, it seemed as though McCullough was everyone's front-runner, until it came to her response during the question/answer portion of the competition.

McCullough was asked whether or not affordable health care is a privilege, to which she responded, "I'm definitely going to say it's a privilege. As a government employee, I am granted health-care. And I see firsthand that for one to have health-care, you need to have jobs. So therefore, we need to continue to cultivate this environment that we're given the opportunities to have health-care as well as jobs to all the American citizens worldwide.”

New #MissUSA says healthcare is a privilege and not a right, and that she's an "equalist" not a feminist! Beauty and brains. She is amazing! pic.twitter.com/O4iyaY67xr

In the second portion of the question/answer round, the competitors were asked about their definition of feminism, to which McCullough said, "So as a woman scientist in the government, I'd like to lately transpose the word feminism to equalism...I don't really want to consider myself — try not to consider myself like this diehard, you know, like, 'Oh, I don't really care about men.' But one thing I'm gonna say, though, is women, we are just as equal as men when it comes to opportunity in the workplace.”

Twitter quickly piled on MuCullough after she gave her answers, calling her our for her response.

DC just lost my vote. Healthcare shouldn't be a privilege for only people with jobs.#MissUSA pic.twitter.com/QMlAR24EiC

A brown girl won #MissUSA but she thinks affordable healthcare is a privilege and feminism is man-hate so she's cancelled. #ByeGirl

Miss DC was my fav but... not after that answer. Everyone has a right to healthcare. #MissUSA pic.twitter.com/lM9V90B4Lh

Dang I wanted Miss D.C to win but I'm sorry affordable health care is not a privilege. Health care should be a human right! #MissUSA

It's incredibly sad that in 2017, a woman is striving to occupy a position of influence w/ no understanding of what feminism is. #MissUSA

...so DC has no idea what feminism means. #MissUSA

#missdistrictofcolumbia is really a disappointment but props to her for sticking to her beliefs... I'm Rooting for #MissNewJersey #MissUSA

It's weird cause I actually have a job and yet I still am not offered healthcare?? So?? #MissUSA #missdistrictofcolumbia answer me that

#MissDC just broke my heart. Healthcare is not a privilege! #MissUSA 💔

MFW I was rooting hard for #MissDC and she had to go and say healthcare is a privilege not a right #MissUSA pic.twitter.com/pB9EdjSDY4

tfw when you see #MissDC won #MissUSA but then find out her opinions on social issues are complete trash pic.twitter.com/QUEluSWdpL

#MissDC is beautiful, poised, and smart, congrats to her. But still, those answers on Healthcare and #Feminism... #MissUSA pic.twitter.com/eYL4YgFv3Y

So #MissDC wins #MissUSA after saying healthcare is a privilege not a right? This is the world we live in now??? Yikes. No. Just no.

No wonder why #MissDC won #MissUSA. They had this Black woman get onstage to amplify white conservative rhetoric on national television.

Even though her win was met with mostly uneasy feelings, there was a portion of social media that was glad to see her win after standing up for what she believes, regardless of whether or not her answer was the popular one.

If more women thought like #missdc instead of the majority of people tweeting about her, we wouldn't need feminism. #missusa

#MissUSA is getting hate bc she gave conservative answers, but what makes the Left really angry is she's black on top of it...Intolerable!!!

Everyone is freaking out because #MissUSA gave conservative answers to the onstage questions. What happened to respecting everyone's beliefs