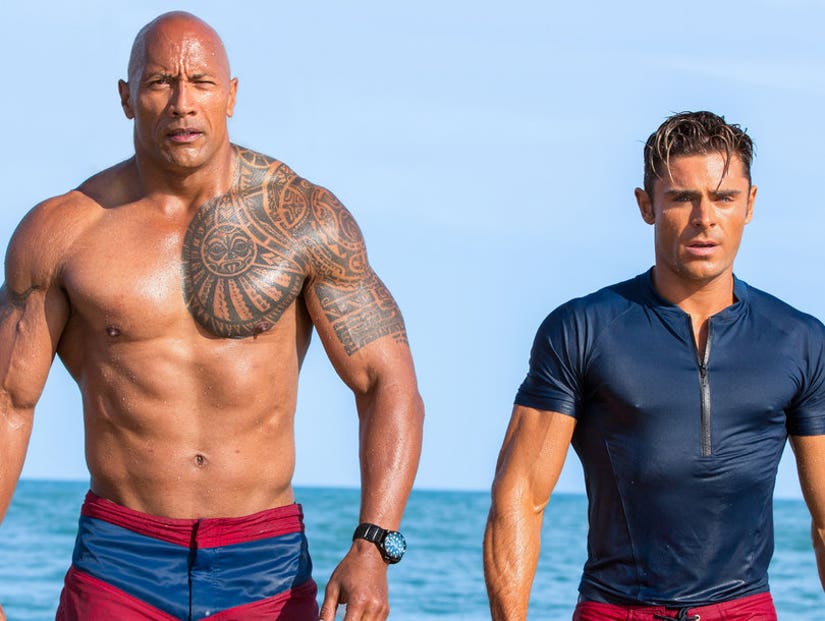 "Baywatch" returns to relevance this weekend, but based on the burns critics are dishing out, you might want to grab some sunscreen lotion and head to the beach instead.

Despite the presence of Dwayne "The Rock" Johnson and Zac Efron -- who have proved their comedy chops in other better movies -- and the rest of the talented, attractive cast (Alexandra Daddario, Kelly Rohrbach, Priyanka Chopra, lfenesh Hadera), the raunchy R-rated movie has scored a weak 16 percent approval rating averaged from the 49 reviews available, so far. Just eight were considered positive, while the rest were negative. Really, really negative.

Nearly every review TooFab read compared the big-screen adaptation of the popular '90s TV show to "21 Jump Street," another R-rated comedy based on a TV series, but not in a good way. While the Jonah Hill and Channing Tatum franchise was filthy and smart, turning cleverly subverting genre clichés, "Baywatch" drowns viewers with boring dick jokes and skimps on any kind of meaningful character development or relationships. 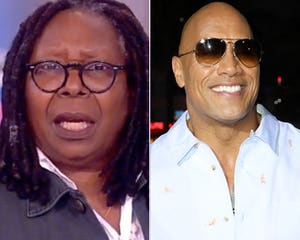 In the interest of saving you time (and maybe money) by cutting right to the bad stuff from a wave of harsh criticism, TooFab presents the five worst reviews from the most reputable critics we could find.

"The trailers were funny enough to make me look forward to the picture. Imagine my displeasure when confronted with the nearly two-hour full feature, in which the trailer jokes were no longer funny; a full feature with a storyline that an enterprising six-year-old might have thought was a little too rudimentary ... How is it, you might ask, that the trailer jokes are funnier than what is in the movie? Well at least one joke from the trailer isn't in the movie. And as for the rest, the answer lies in the fact that this is another one of those raunchy comedies that's barely a movie, that looks like it was edited by dumping a bunch of footage into whatever movie-cutting software they're using and hitting 'randomize.' The number of out-of-continuity shots in the first 20 minutes was so large I stopped counting."

"It's official: we've now entered the critical, Code Red phase of Hollywood's remake epidemic. What seemed to start off as a winking and benign recycling of the pop culture past has mutated into something far more insidious. Ladies and gentlemen, I give you 'Baywatch' — the rare movie that even the Teflon-coated, thousand-watt charisma of Dwayne Johnson can't save. It's possible that this sloppy, scattershot nod to '90s jiggle TV was inevitable. After all, we'd already cycled through such wafer-thin small-screen flotsam as ­'Charlie's Angels,' 'The A-Team,' and 'CHiPs.' Freakin' 'CHiPs'?! But apparently the barrel of disposable retro television properties is as bottomless as Nietzsche's abyss. Directed by 'Horrible Bosses'' Seth Gordon, 'Baywatch' isn't the most flagrant offender in our current TV-to-movie scourge, but it's not good. Worse, it's not very funny." 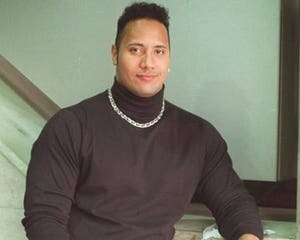 "'Baywatch' is a crushing disappointment and a waste of quite a bit of talent. It is technically a comedic farce based on a dramatic television series, yet it is shockingly unfunny and hopelessly bland. The picture has nothing to say, either about the show on which it is based or anything else of value. The likes of 'Dragnet,' 'The Brady Bunch,' '21 Jump Street' and (to the extent that this counts) 'Galaxy Quest' offered varying degrees of mockery directed at their source material while also providing sharp commentary about just why the property was appealing to the masses. 'Baywatch' has no reason to be based on the television show aside from the brand name and gains nothing by its quasi-meta existence as an R-rated farce based on a straight-faced action drama. All of this would be forgivable if the movie were funny. But it's not. I don't think I laughed out loud even a single time during the whole movie, although I will admit that I smiled a few times here and there."

"'Baywatch' the movie is supposed to be a satirical re-creation of 'Baywatch' the TV show, a mostly-'90s syndicated series about hard-body California lifeguards solving crimes and running in slow-mo. Too bad they forgot the satire. Oh, there are jokes here - if, by jokes you mean gags about people gagging (there are at least three separate upchuck scenes), waves of four-letter insults and a whole lot of straight-guy homosexual panic. But if this 'Baywatch' were smart - as the '21 Jump Street' movies were smart - it'd make fun of the very idea of 'Baywatch.' And this movie isn't witty enough, or brave enough, to do that." 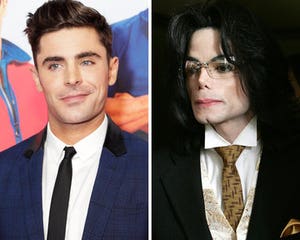 That Time Zac Efron Got Surprise Call From Michael Jackson

"'Baywatch strains' for a vulgarity that never comes remotely close to being funny. Unless, that is, you find the idea of Zac Efron manipulating a dead man's genitals hysterical ... Naturally, there are brief appearances by original stars Hasselhoff (who seems to be making ironic cameos his late-career specialty) and Anderson, but those, too, are underwhelming. Anderson's is so fleeting, in fact, that you wonder why it was even included. A big-screen reboot so lifeless and mechanical that even its end-credits outtakes are not amusing, 'Baywatch' proves much less than the sum of its undeniably attractive body parts." 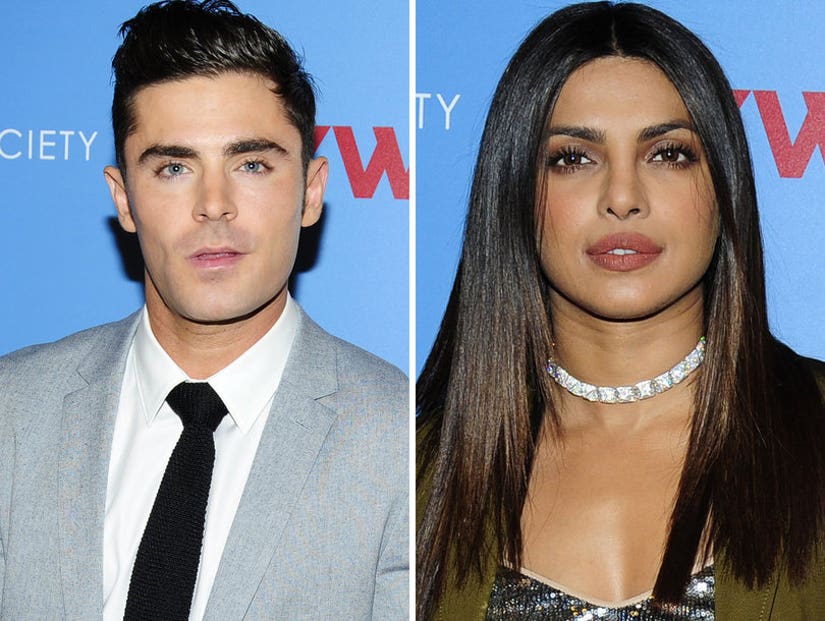