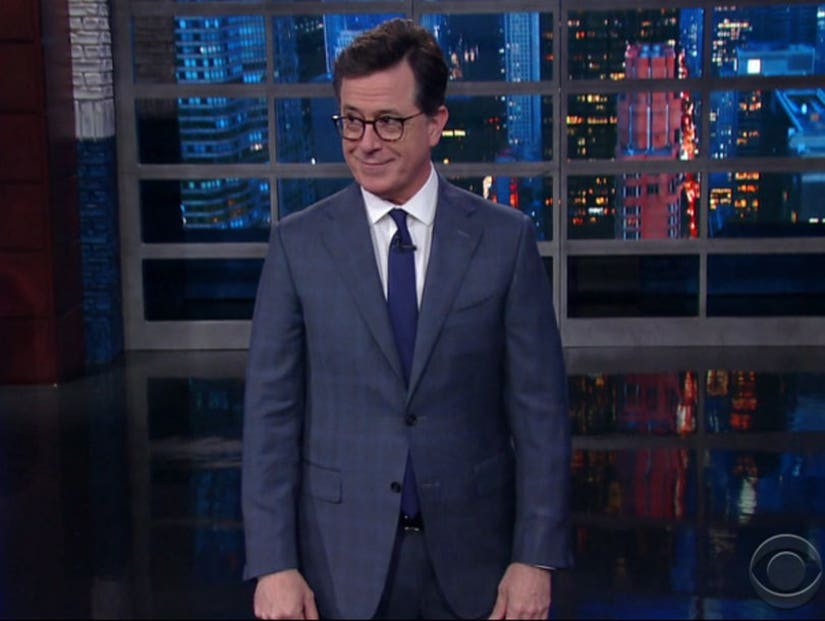 Stephen Colbert went in on President Donald Trump for going alpha male at a NATO summit earlier this week.

At the gathering in Brussels, Trump blasted 23 of 28 member nations for "still not paying what they should be paying and what they're supposed to be paying for their defense," but Colbert said on Friday's "Late Night" that folks were focused more on Trump's' body language than on anything else.

"The moment everyone is talking about is his handshake with newly elected French president and guy who wants to try it with the lights on tonight, Emmanuel Macron," the Colbert said, referencing the White House press pool's description of said handshake.

"'Each president gripped the other's hand with considerable intensity, their knuckles turning white and their jaws clenching and faces tightening,'" he read. 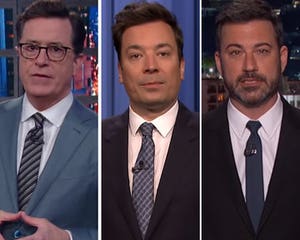 According to an article published by The Washington Post, "Trump was left largely on his own after the speech as leaders mingled and laughed with each other."

The POTUS also got "kinda handsy" with the prime minister of Montenegro while making his way to the front of the group for photos.

"I don't think that kind of shoving is appropriate for an international summit," Colbert said. "That's the kind of shoving that belongs in the buffet line at Mar-a-Lago."

Trump is currently in Sicily for the Group of 7 meeting to discuss climate change, "or as Trump calls it, Weather Channel Fake News," Colbert said.

Tonight: Trump's behavior at NATO summit earns him a snub from other world leaders. #LSSC pic.twitter.com/rqaqV2qRRN 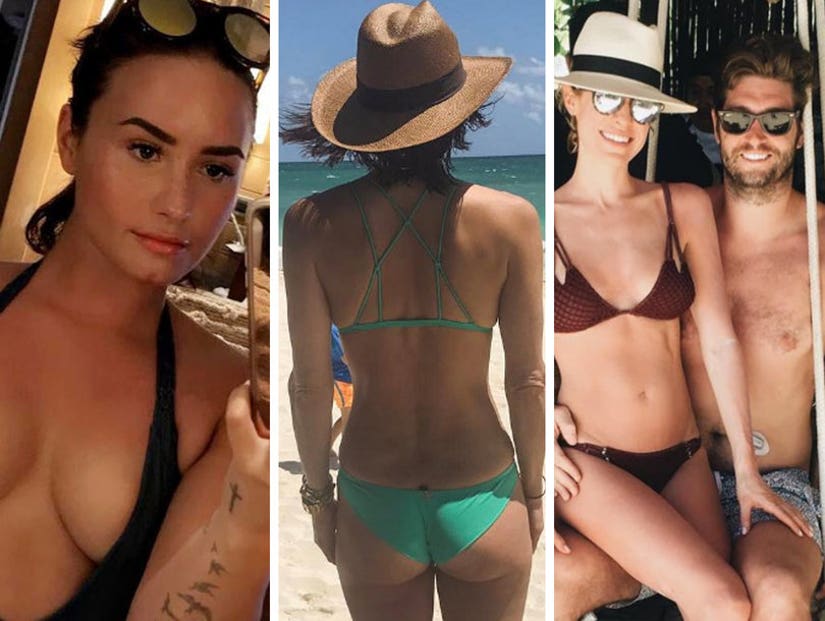