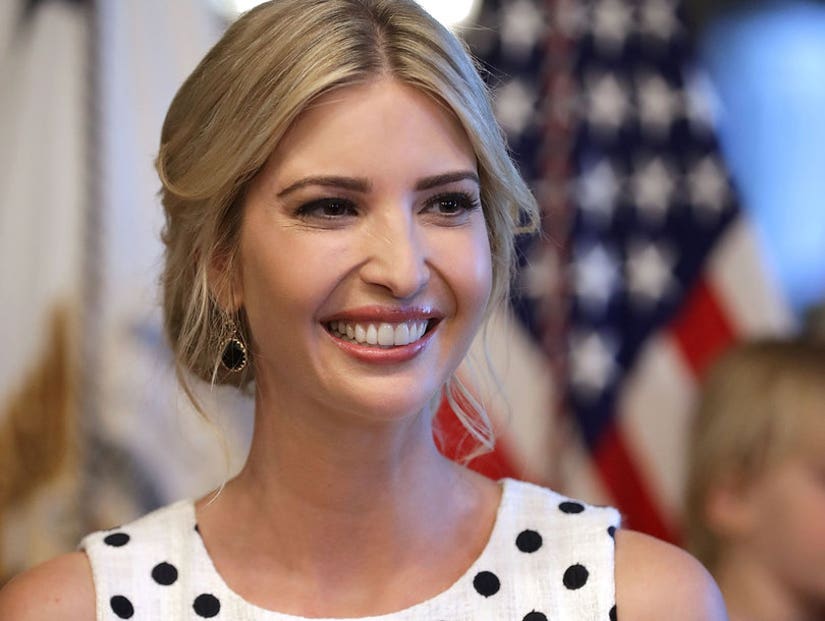 Ivanka Trump kicked off Pride Month on Thursday by sending out two tweets in support of the LGBT community ... but Twitter was not having it.

While the two tweets garnered 15.5K likes combined, they also received a ton of quotes and replies and a majority of those were negative.

The tweets in question:

Logging back on after Shavuot, wishing everyone a joyful #Pride2017. This month we celebrate and honor the #LGBTQ community.

I am proud to support my LGBTQ friends and the LGBTQ Americans who have made immense contributions to our society and economy.

A random group of celebrities slid into Ivanka's mentions shortly after, calling her out for not doing enough in their eyes.

No thanks, we're all set here. https://t.co/fZRSAuZvlS

Your dad is reversing the rights for this beautiful group of humans. You ok with that?

Of course, they weren't the only ones going in on Ivanka -- see more of the brutal reactions below:

Let @IvankaTrump know that #Pride2017 support is about more than a tweet. (By EIC @lucasgrindley) https://t.co/BhQdFNdttG

You're a fake, gross, despicable excuse of a human who's done nothing for the LGBT community while your dad works to restrict our rights.

She lives in a bubble and somehow can't reconcile that she works for the Trump/Pence administration. I don't fully get it.

I aM pRoUd To SuPpOrT mY lGbTq FrIeNdS aNd ThE lGbTq AmErIcAnS wHo HaVe MaDe ImMeNsE cOnTrIbUtIoNs To OuR sOcIeTy AnD eCoNoMy. pic.twitter.com/VDSibhvxHn

You're a monster, a shameless monster. https://t.co/jTLLFDs8be

Is it me? Or is @IvankaTrump vying for the "most tone-deaf out-of-touch individual who ever lived" award?

You tweeted the wrong thing. I think you meant to say this: pic.twitter.com/2kSyGexOll

how convenient that you didn't tag @VP. Oh, and girl fuck you and your incompetent father. Happy pride bitch.

you aren't our friend.

Donald Trump claimed to be an LGBT ally during his campaign.

"Ask yourself, who is really the friend of women and the LGBT community? Donald Trump with actions or Hillary Clinton with her words?" he said in 2016. "I will tell you who the better friend is. And some day I believe that will be proven out big league."

In June of 2016, he also said the "LGBT community is starting to like Donald Trump very, very much lately."