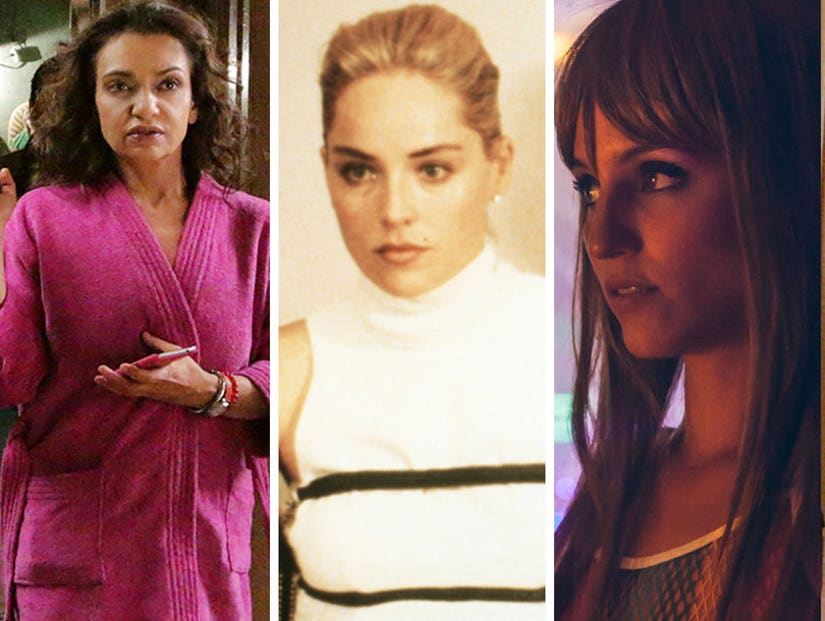 Fun fact: Netflix has literally hundreds of subcategories you can browse to find your next binge. Funner (yes, we said funner) fact: One of them is labeled "steamy" and we are so here for it.

From foreign films to coming-of-age dramas and even a few comedies, Netflix's steamy filter truly has something for everyone who is looking to turn up the heat on their summer viewing habits.

So if you're on the hunt for a sexy summer fling, TooFab has you covered with our Top 10 picks from Netflix's steamy section

Two lifelong friends (played by the insanely talented and equally gorgeous pair of Naomi Watts and Robin Wright Penn) enjoying an ocean-side summer with their strapping, shirtless-the-entire-time 18-year-old sons in tow. What could possibly go wrong? Nothing, until each kid decides to seduce their best friend's mom. The bounds of friendship – and family – are tested in this tale of secret affairs, divorce (did we forget to mention one of the moms is still married?), a surprise pregnancy, and lots and lots of sex. That's what we all came for, right?

Light on shock, heavy on skin and teen angst. "Bang Gang: A Modern Love Story," which first debuted at the 2015 Toronto International Film Festival, follows the exploits of a group of high schoolers who use a friend's house for sex parties while his mom is away for the summer. Sort of a coming-of-age, sort of a this-is-what-happens-when-you-have-teen-orgies-and-post-videos-online (it doesn't end well, duh!), director Eva Husson tries to the emotions, and ultimately the consequences, involved when teens swap sexual favors as if they were Starbursts.

Remember when Dianna Agron was the smiling prom queen on "Glee"? Yeah, this definitely isn't that. In "Bare," Agron stars as Sarah, a small-town Nevada girl bored with her small-town Nevada life. Enter free-spirited drifter Pepper (Paz de la Huerta) who introduces Sarah to a world of sex, drugs and strip clubs, literally stripping away Sarah's inhibitions bit by bit. Predictable plotline? Yes. There is the not-so-surprising run-in with the law, the small-town boyfriend who doesn't understand Sarah's new lifestyle, etc, etc, etc. But equally steamy? You betcha. Add to that the fact Agron and de la Huerta seem to be perfectly cast in their roles, and it's a tantalizing and enjoyable summer fling.

Hey, nobody said this list was reserved for foreign, indie, arthouse films. From that nightclub scene to that mirror above the bed to the most famous leg crossing/uncrossing moment in Hollywood history, this 1992 sexy murder-mystery made Sharon Stone a household name. It also stars some guy named Michael Douglas, but really, we're all here for Sharon Stone. Just watch out for that icepick!

BLUE IS THE WARMEST COLOR

The first series to make our list introduces us to Mexican telenovela star Kate del Castillo, who plays the badass and beautiful First Lady of Mexico Emilia Urquiza. On the run after being tapped as a suspect in the death of her President husband, "Ingobernable" is a fast-paced, sultry 15-episode binge perfect to pass the time this summer. And if you're wondering about the steamy factor, just remember Kate del Castillo is so hot, El Chapo came out of hiding for her IRL.

Another blast from the steamy past… and the second Naomi Watts number to crack the list. The 2001 film from director David Lynch is many things – dark, twisted, brilliant, at times super confusing, and in one particular scene – so so hot. Watts plays Betty, a naïve Midwesterner who finds an amnesiac actress (Laura Elena Harring) hiding in her aunt's Hollywood Hills apartment. Flashbacks, dream sequences, plot twist, plot twist – yada yada. But when Watts and Harring have their sexual encounter, it is strikingly pure, honest, and did we mention so so hot?

Yes, this is the movie where you see a lot of Shia LaBeouf. Let's just mention that and then never speak of that aspect again. This 2013 Lars von Trier joint focuses on a woman named Joe, a self-described nymphomaniac, who (now as an older woman) recounts her trysts with innumerable men over the years in detailed fashion. It's sex for the sake of sex -- undoubtedly loveless, often manipulative – and lots of it. If you're really looking to dive in, might we suggest the 5.5-hour director's cut?

STRANGER BY THE LAKE

"Seen any women?" "I think you're in the wrong place." With that, we offer up this erotic thriller, which first debuted at the 2013 Cannes Film Festival. Set on the shores of an isolated, sun-soaked lake, men gather day by day seeking companionship on the beach – and sex in the woods which surround the sandy shores. It is sultry. It is serene. And it's all disrupted when a murderer is spotted drowning his lover in the lake. Less of a whodunit (we see the killer in action right away), and more of a steamy exploration into the desire to be loved against the call to do what is right, it's definitely an intriguing summer binge.

Unlock "Stranger By The Lake" here!

School girl by day. Call girl by night. This sexually charged 2013 French film centers on 17-year-old Isabelle (played by twentysomething beauty Marine Vacth), who loses her virginity one summer and turns to a life of prostitution, seeking the satisfaction she so desperately craves. When one of her clients dies during sex, Isabelle's secret double life is turned upside down. Told over the course of four seasons, it's an intimate look at one young woman's sexual awakening.