Putin to @megynkelly: "In the grand scheme of things, we don't care who's the head of the United States" https://t.co/oWSKbSkrAq

During the sitdown, Putin denied any allegations Russia interfered with the 2016 election or that they were holding damning information over Donald Trump's head.

"I never met with him. We have a lot of Americans who visit us," he said. "Do you think we're gathering compromising information on all of them right now or something? Are you all — have you all lost your senses over there?"

"This is just another load of nonsense," Putin added of having secret intel on Trump. "Where would we get this information from? Why, did we have some special relationship with him? We didn't have any relationship at all."

Putin also slammed the American media for its coverage of Trump.

"For me, this is just amazing. You create a sensation out of nothing and out of this sensation, you turn it into a weapon of war against the current president," he said, "You people are so creative over there. Good job. Your lives must be boring." 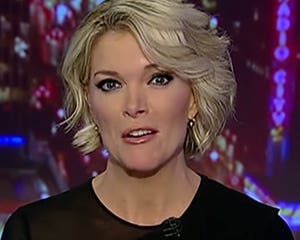 Unfortunately, critics didn't love her debut, both in print and on Twitter.

The Los Angeles Times called Kelly "still not a great interviewer" in their review of the program, adding that Putin is "still one of the most deceptive interview subjects around."

NPR called it a "tepid debut," saying the interview "consisted of the anchor asking tough-sounding questions with enough wiggle room that Putin could shrug off, claim ignorance of or become indignant over the subjects at hand."

Variety said it was "not a bad hour of TV" and called Kelly "poised on camera," but slammed a "'Kids Say the Darndest Things' type of diversion" segment at the the end of the episode as an "embarrassment."

CNN said "it's going to require more work and reinvention to find the ideal formula for that Kelly cocktail," adding that "Kelly thrives in a more prosecutorial mode." They also said the show "looked like pretty much any conventional newsmagazine."

Vanity Fair applauded Kelly for getting Putin for her debut, but then said, "getting the U.S.'s biggest antagonist is meaningless if you simply go through the motions once he's there." The publication also praised her as "one of her industry's most prized talents," but said it remains "unclear how much she can add to the format." 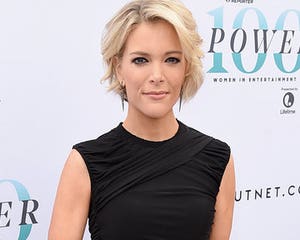 Kelly didn't have too many supporters on Twitter either, as many went in on her interview tactics and -- in more sexist critiques -- slammed her appearance and outfits.

1. My thoughts on Megyn Kelly's interview with Vladimir Putin which aired on her new program "Sunday Night with Megyn Kelly"

2. Megyn Kelly is not a foreign affairs anchor, that's not an insult, it's just a fact. And that lack of experience showed.

3. As a reporter friend of mine just said "Putin is KGB, not KFC" unfortunately he rolled Megyn from the beginning to the end.

That was Megyn Kelly's interview with Putin!? She didn't ask him anything really, zero follow ups. Didn't even ask about about Chechnya.

Megyn Kelly got owned by Putin. Every single question she tried to trap him he simply just beat her. Megyn Kelly ruined every thing she had.

Putin crushes Megyn Kelly after she pushes her Fake News rhetoric concerning Michael Flynn. This whole interview was embarrassing for her.👇 pic.twitter.com/86TanMpwNc

Megyn Kelly interview with Putin was a bust. He spanked her at every turn. What a waste of time. She tried to tie in Trump, failed BIGLY.

This is what happens when an intellectual meets Megyn Kelly, she has no answer, vapid, she doesn't read books. https://t.co/yZc0HscIqe

Megyn embarrassed herself, acting tough while asking same BS Qs. Putin snaged her on not reading climate accord or the "hacking report"

Megyn Kelly is an embarrassment to actual journalism. https://t.co/w4bGuDO6ou

Putin spoke to @megynkelly as if she were a naive child.

Basic Megyn Kelly isn't hot enough to get by on her looks. NBC is major leagues.

Time to read some books and study. pic.twitter.com/Y3hqFR2Rfd

Video: Megyn Kelly getting her ass handed to her by Putin while dressed like a hooker.

Megyn Kelly was working it with the slit dress and spike heels 👠 Remember the glass table on Fox to show leg? Failed👎 pic.twitter.com/bBauWzP2Vx