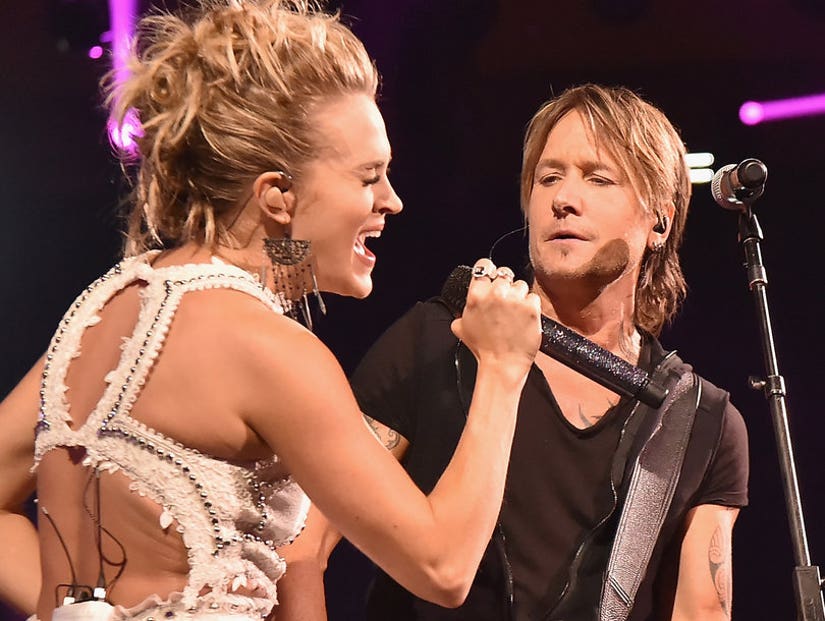 The biggest names in country music stepped out Wednesday for the 2017 CMT Music Awards, and they did not disappoint.

The annual event that always takes Nashville by storm was full of superstar performances, on point fashion and huge wins -- including one for Jason Derulo. See the full list of winners here.

Here are the only 5 moments that sent the internet buzzing:

Yes, you read that correctly. Jason Derulo took home the CMT Performance of the Year award for his collaboration performance with Luke Bryan on “CMT Crossroads,” where the duo sang Derulo's hit “Want to Want Me.”

The men did an encore of their "Crossroads" performance with an acoustic duet of Bryan's "Strip it Down" later in the show.

Carrie Underwood and Keith Urban brought the house down with their acoustic rendition of “The Fighter,” and the internet went wild.

He also thanked his wife, Nicole Kidman, during his speech for Male Video of the Year. "I want to say a massive thank you to my wife Nicole," Urban began. "You have no idea how much of what I do, she's involved in every little piece of it. She hates me saying this, but I want it to be said, because she helps me so much making these videos what they are. To our little girls at home, Sunny and Fifi, we're going to bring you next time for sure"

Jason Aldean, Darius Rucker and Charles Kelley opened the show with a beautiful and emotional tribute with "Midnight Rider" to the late Gregg Allman of the Allman Brothers.

Gregg passed away May 27 after a battle with liver cancer.

Miranda Lambert belted out her newest hit, "Pink Sunglasses," and we'll just say, nobody does sassy quite like Miranda. We also didn't mind seeing all the handsome men in their pink sunnies.