Khloe Kardashian revealed a secret about her marriage to Lamar Odom during a visit to the fertility doctor.

The reality star visited a clinic to explore the possibility of being a surrogate for sister Kim Kardashian, as seen in a speak peek at Sunday's "Keeping Up with the Kardashians" season finale. During the appointment, Khloe is asked if she's ever tried to get pregnant before dropping a bombshell.

"Yes, but I fake tried," she told the doctor. "I was married, but I knew the circumstances weren't the healthiest. So, I just kept pretending I was doing it." 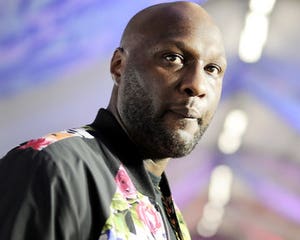 Kardashian gave a little more insight into her thoughts at the time in a separate confessional video.

"When I was doing my fertility treatments, they were more so for Lamar. I had to stop because there was much deeper stuff that was happening in our marriage," she explained. "I knew that it wasn't the right situation to bring a child into, and I think I've done a lot of covering up for him, like even when it made me look like I was the problem. But I was fine taking on that burden on my shoulders because he had a lot of other deeper s--t to deal with."

Khloe previously opened up about trying IVF while she was married to Odom on her failed talk show last year. 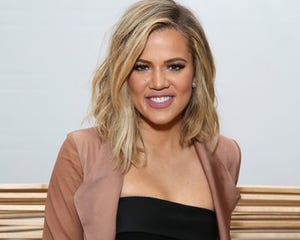 Khloe Kardashian Says She's Had Fillers Gone Wrong, Reveals She Wanted a Baby With Lamar Odom to Save Marriage

"But at the time, I was like, 'Oh, I've got to have a baby!'" she continued. "That's all I wanted at the time, and I thought maybe it would fix the situation, so I'm also happy it didn't happen because I was young. I was 27, and I thought, 'Oh my god, a baby will fix this,' and it's not going to fix that."

In another clip from Sunday's episode (below), the doctor gave Khloe an ultrasound to see if there's anything "that would get in the way of a healthy pregnancy." He expressed some concern that left her wondering, "What if I can't get pregnant?"

"Keeping Up with the Kardashians" airs Sunday night at 9pm on E!