The future isn't so bright, according to Brad Pitt.

The actor made a quick cameo as a weatherman at the very end of Tuesday's episode of "The Jim Jeffries Show" on Comedy Central, where he made a depressing prediction about the days to come.

"Now, of course, the world is still grappling with Trump withdrawing form the Paris Accord and we wanted to address it one more time before we say goodnight," Jeffries said, setting up Pitt's bit. "To help us understand climate change and what it means to the world, here's our own Jim Jeffries Show weatherman." 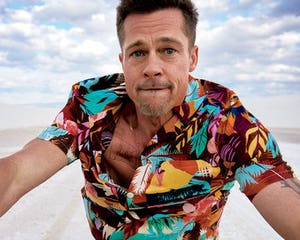 The camera then cut to Brad rocking a Ron Burgundy-esque suit and tie, as he stood in front of a map. "Things are going to be getting warmer in this area here, and this area here," he explained, highlighting the entire world.

As for the future forecast: "There is no future," he deadpanned. 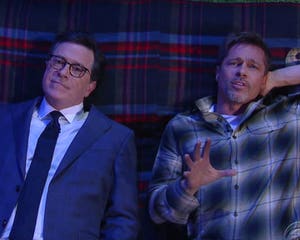 Pitt expressed his confusion over Trump and his supporters during the campaign.

"Man, I never thought that would happen," he told T Magazine about the British exit from the European Union, before adding, "Same way I can't bring myself to think that Trump will be in charge. In the simplest terms, what brings us together is good, and what separates us is bad."

"Coming from Oklahoma, southern Missouri, which leans more toward a Trump voice, I try to understand it," he explained. "It seems that the people who suffer the most end up betting for the party that would hurt them. And so I try to understand where they're coming from."

"A Trump supporter is fighting against just about everything," he said. “What does he even mean, take our country back? Would someone please explain that to me? Where'd it go?" 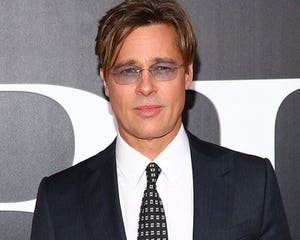 Brad Pitt Talks Donald Trump: I Can't Bring Myself to Think He'll Be In Charge