White Goodman is back in action and challenging you to a game of "Dodgeball."

Ben Stiller reunited with his co-stars from the 2004 comedy for an Omaze charity campaign that could land entrants in the middle of a real face-off between Globo Gym and the Average Joe's.

"Hello losers, miss me?" Stiller asks at the top of a promo video, in full costume. "Sorry to interrupt your Internet life, but for the last 13 years while I've been living a sugar-free, protein-forward lifestyle, I've watched as all of you have gotten fatter and dumber with your hashtags and your 'baes' and your Kanyes. Everyone is so PC now. Even good old-fashioned bullying is out. Well, White Goodman has decided to get with the times."

"That's right, it's time for a little charity dodgeball, bitches," he says. 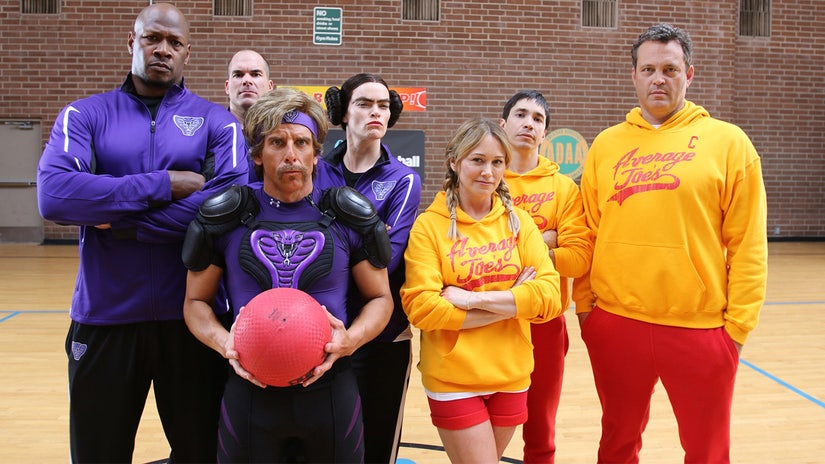 Vince Vaughn, Justin Long and Stiller's estranged wife Christine Taylor all appear as the Joe's in the clip, where the latter revives her famous "I just threw up in my mouth a little" quote from the original film.

As for Goodman's posse, yep, Fran Stalinovskovichdavidovitchsky is accounted for as well.

"It's on AF. It's on so much, it was never off, like it was a waste of energy because we kept it on the whole time," Goodman says of the challenge. "Prepare to be humiliated on Internet television ... for charity."

By donating just $10 to the cause, fans can enter to play with either Globo or Joe's in a dodgeball match including Stiller. Proceeds will benefit the Stiller Foundation.

Fans are encouraged to pick a side by signing up via Omaze's website (either omaze.com/globo or omaze.com/joes) for the chance to play dodgeball with Stiller himself. Proceeds will benefit the Stiller Foundation. 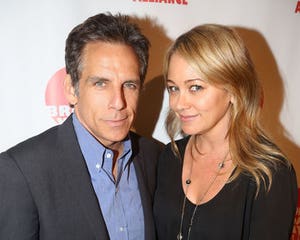