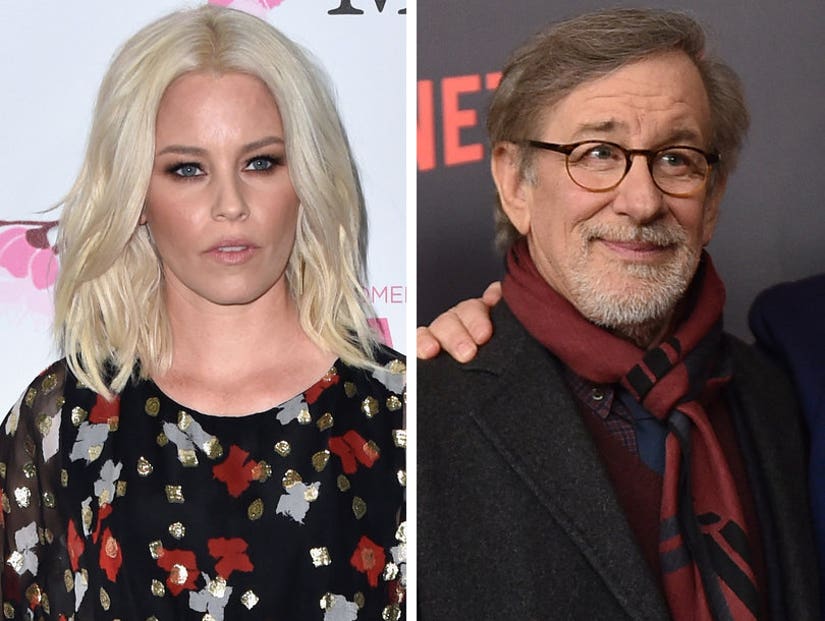 Elizabeth Banks is apologizing for appearing to "dismiss the import" of "The Color Purple" in a recent critique of Steven Spielberg.

"I messed up. When referring to Steven Spielberg at the Women in Film awards, I framed my comments about his films inaccurately. I want to be clear from the start that I take full responsibility for what I said and I'm sorry," she posted on Twitter Thursday afternoon. "When I made the comments, I was thinking of recent films Steven directed, it was not my intention to dismiss the import of the iconic #TheColorPurple."

"I made things worse by giving the impression that I was dismissing Shari Belafonte when she attempted to correct me. I spoke with Shari backstage and she was kind enough to forgive me," Banks continued. "Those who have the privilege and honor of directing and producing films should be held to account for our mistakes, whether it's about diversity or inaccurate statements. I'm very sorry."

The actress came under fire after she said the director has "never made a movie with a female lead" while accepting an award at the Women In Film awards this week. "Sorry, Steven," she continued, "I don't mean to call your ass out but it's true."

Twitter was quick to point out how Goldie Hawn starred in the 1974 film "The Sugarland Express," 1985's "The Color Purple" centered around a character played by Whoopi Goldberg and the 2016 film "The BFG" starred the young Ruby Barnhill.

While Banks' overall critique that the director favors male leads over female ones is valid one, Twitter dragged the actress, especially for her "Color Purple" omission.

When your only definition of "female" is "white women"

When you see all the good people of black twitter dragging elizabeth banks for ignoring The Color Purple pic.twitter.com/o6daY3uEa3

ELIZABETH BANKS: Steven Spielberg never made a movie with a female lead

AUDIENCE MEMBER: He made "The Color Purple"

If I see ANY ONE trying to defend Elizabeth Banks statement about Spielberg and women by panning The Color Purple
I
WILL
FIGHT pic.twitter.com/ciGUA2fQqh

#BlackTwitter coming with receipts for all things The Color Purple related this morning like pic.twitter.com/HMkgu1Agzj

This is why #OscarsSoWhite exists, @ElizabethBanks. To call out false narratives about marginalized communities. To inform folks like you. https://t.co/eUuQytIJyx

Elizabeth Banks is the prime example of a White person who thinks they're woke from the Matrix, but they're still asleep in Inception.

Someone please send Elizabeth Banks emergency copies of Sugarland Express, The BFG, and The Color Purple.

watching Elizabeth Banks getting dragged for being a dumbass. pic.twitter.com/labyge2VD1

Does anyone even care about Elizabeth Banks? I assumed she was Earth 1′s Chelsea Handler. Are they two different people?

Elizabeth Banks actually had a solid point, but forgetting and then hand-waving over The Color Purple is pretty glaring.

Elizabeth Banks ignores the Color Purple and another white lady considers it a flop? pic.twitter.com/MH43Z3IouI

so are we defending steven spielberg's use of women or are we just stanning for the color purple or are we just dragging elizabeth banks pic.twitter.com/oElLCeYWDb

Elizabeth Banks could have quickly said, "You're right. The Color Purple counts but that was the 1980s. We need MORE female leads."

hey @ElizabethBanks i suggest The Color Purple, which not only featured a female lead, but a mostly all-black cast? Or does that not count?

"The Color Purple" continued trending on Thursday after film critic Anne Thompson called the movie a "flop." After being corrected on the box office and critical acclaim for the film she deleted the tweet and called it a "hideous error."