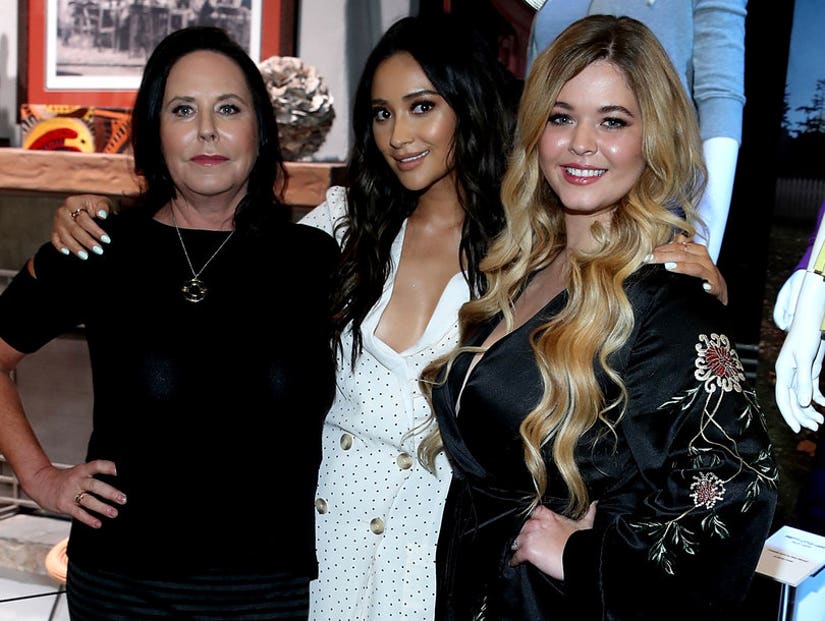 While standing in the middle of A's lair, TooFab caught up with creator I. Marlene King at the unveiling for Pretty Little Liars: Made Here exhibit at Warner Brothers Studio Tour where we grilled her on some major plot twists.

King admitted that she loved the Emily-Alison pregnancy story from the moment she heard it, and after letting it simmer for a few days there was no swaying her from making it happen. But King revealed the storyline she fought against which no one saw coming.

“I had to be talked into breaking all the couples up between seasons 5a and 5b, that was not my idea,” King told TooFab. “It was the only time the entire room was unanimous about something that I wasn't into. So we went with it, and in hindsight, I kind of wish we wouldn't have done it but I do think we did a great job of earning back the love. And without conflict, there's no show.” 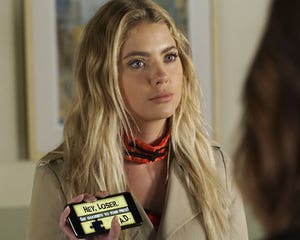 Here are 4 other revelations from our time with King, Sasha Pieterse and Shay Mitchell:

For seven years fans have been on the edge of their seats with all the drama in Rosewood. From Mona being A, to that cliffhanger that left us believing Ezra was part of the A-Team, there have been some pretty memorable (and unbelievable moments).

“I think my most favorite [shocker] was the reveal of Toby being on the A-Team. Because Toby to me was the one person who never had told a single lie. When I pitched that, I made the studio and the network promise me that they weren't going to unravel the long-term idea that he was working for the greater good,” King tells TooFab.

The pop-up exhibit, which runs through the summer, is filled with tons of memorabilia from the Liars and their friends. You can even step inside A's Lair, dollhouse and black hoodie included.Fun fact: A's now-famous dollhouse actually belongs to King herself. 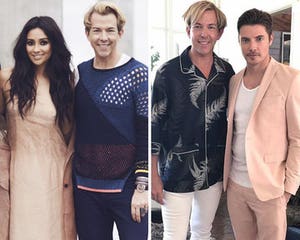 “Originally the dollhouse, which is now part of this exhibit, was my dollhouse at home. And we thought it would be great for A, so the show borrowed it from me. Then I borrowed it back, and now you're borrowing it back from me,” she says.

We all know Emily Fields as the tomboy of the group, but Shay Mitchell is anything but. King admits, “Shay is probably the least like her character, she's always so glam.”Mitchell elaborates by telling us about her favorite Emily costume. “My Barbarella costume, to me as Shay, was like the most exciting thing cause I got to wear heels the entire episode! And I'm such a girly girl, I had this custom outfit, and I love Barbarella. So for me, this costume was one of my fondest memories.”

We all remember the infamous black and white episode of "PLL," but nobody knew there were talks of a silent episode as well. With the cast and crew all extremely emotional while nearing the end of filming, Mitchell admits to “begging Marlene to have a silent last episode because like no one was going to be able to talk.” Though she did not go for the idea, King did chime in about filming the final episode. 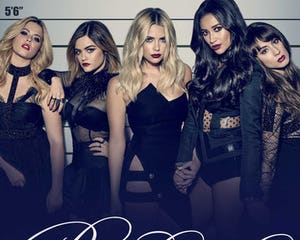 'Pretty Little Liars' Final Season Is Here! Where We Left Off With Aria, Spencer and the Gang

“It's a very emotional scene where the girls are saying goodbye to each other, and it feels like a total full circle moment,” King says.

Fans can visit the exhibit now through August 15 at the Warner Bros. Studio Tour. 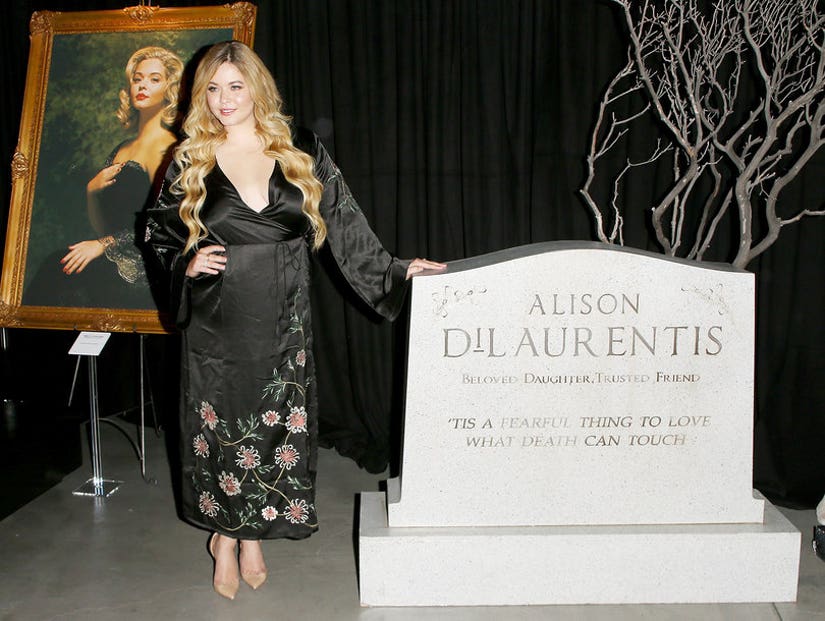