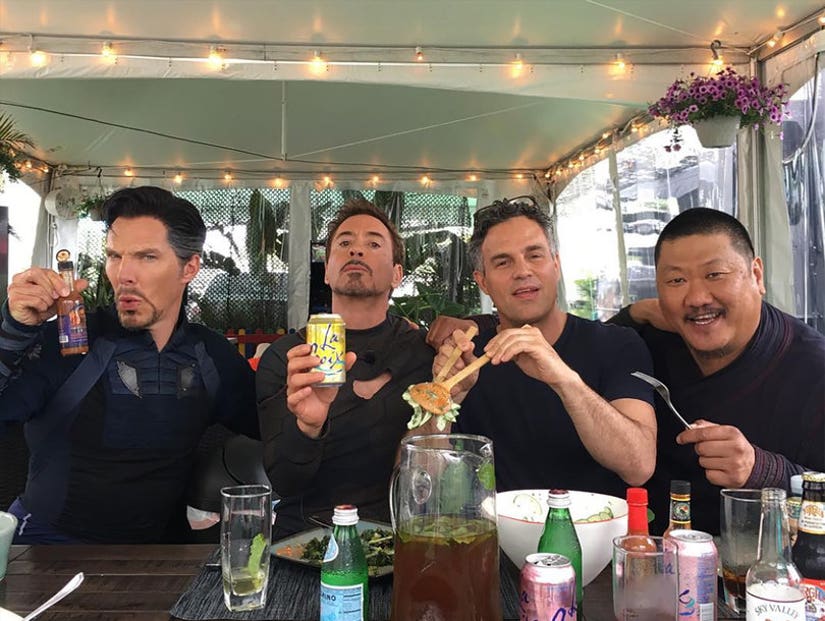 This is the first time we've seen Cumberbatch and Wong -- who both starred in "Doctor Strange" -- interact with the two Avengers. The pic also gives fans a look at Benedict's new costume. 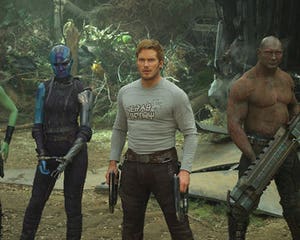 The hashtags point out Strange and Tony Stark's similar facial hair, as well as the fact that both actors have played Sherlock Holmes; one on film and the other on BBC.

"Infinity War" is going to be one packed film when it comes to Marvel characters. "I think at one point, 61 or 62 Marvel characters in it," Scarlett Johnansson told Stephen Colbert earlier this month. "Yeah, there's a lot ... I think in one particular scene there's like 32 of us. There's a lot."