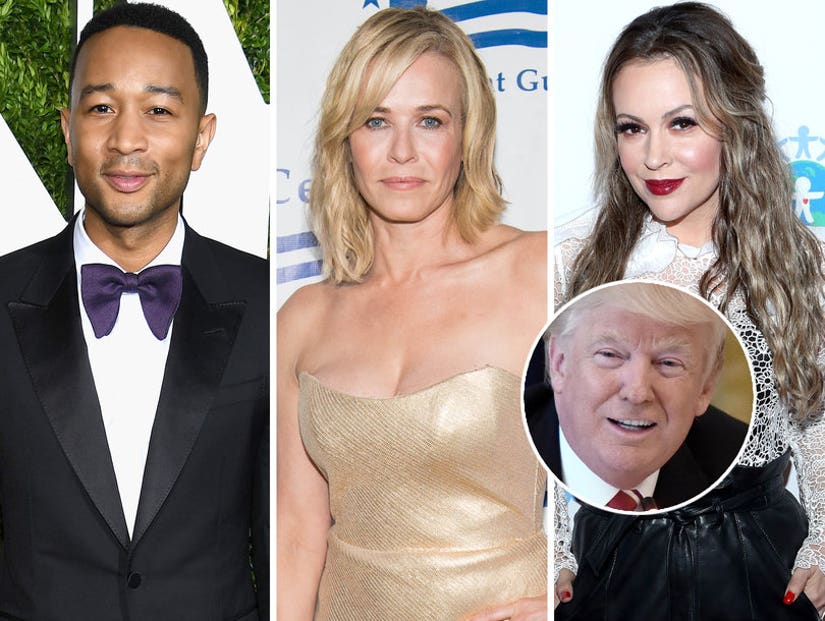 Donald Trump said Thursday that he thinks the Senate's secretive health care bill "is going to be very good," but based on information that was finally released to the public, many in Hollywood strongly disagree.

According to CNN, the bill -- drafted by 13 male Republican senators entirely behind closed doors, unlike President Obama's Affordable Care Act, which was shaped by numerous public hearings -- is "very similar" to the version that a GOP-controlled House passed last month, much to the dismay of Democrats. The Senate version still repeals the ACA's individual mandate, makes major cuts to Medicaid, and slashes taxes on the wealthy.

MSNBC "Morning Joe" host Joe Scarborough tweeted the bill will "raise deductibles, cuts coverage and slashes Medicaid," while the American Civil Liberties Union told its followers that "the Senate's proposal is not fundamentally different from the House: the end result is that #Trumpcare will endanger lives and liberty."

"By eviscerating Medicaid this bill threatens the liberty of people with disabilities who would be forced to live in institutions," the ACLU continued in its assessment shared on Twitter. "By defunding Planned Parenthood, #Trumpcare threatens the health of 2.5 million people, many of whom rely on PP as their only source of care. And by throwing millions of people off insurance this #healthcarebill disproportionately harms people of color who will lose access to care." 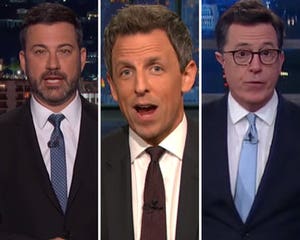 John Legend, a music superstar who is quickly becoming a force in Hollywood as well, was among the first to react to the bill.

Trump is a con-man and liar and he will hurt millions with #trumpcare https://t.co/siIyPUt1ov

Look at more Hollywood reactions below:

There are no Comey tapes. Big deal. Don't let that non-news distract you from this disastrous #healthcarebill. Stay on target. #trumpcare

With the #HealthcareBill draft released, there's #NoExcuse to not be informed. Weigh in, speak up, speak out. This affects you. @theskimm pic.twitter.com/5tG48KUlAf

Police Haul Off Protesters, Some With Disabilities, THIS IS TRUMPCARE- From Mitch McConnell's Office | HuffPost https://t.co/8UkDmCPO3X

Senate #Trumpcare bill phases out Medicaid kicking millions off their healthcare while cutting taxes for the wealthy. Not just mean, cruel.

The GOP released 142 pages of their #healthcarebill today. Here's the first page: pic.twitter.com/y3tGH1EUBk

The fuck world are we living in? https://t.co/npgNNXRNV7