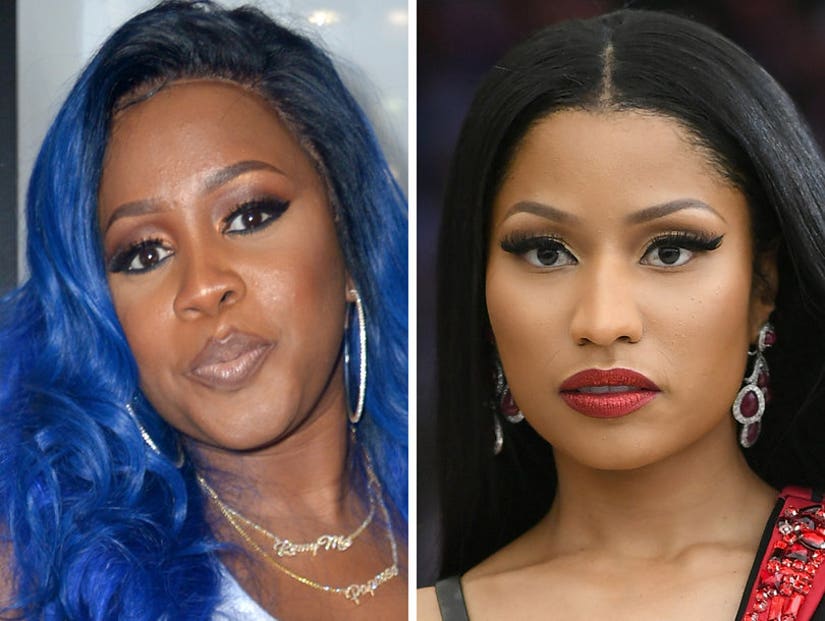 Remy Ma was named Best Female Hip-Hop Artist at the 2017 BET Awards on Sunday, but Nicki Minaj fans immediately made it clear they strongly disagree.

Twitter lit up with debate after Ma's speech, which was preceded by one from Minaj -- who didn't attend the ceremony -- listing all of her accomplishments on Instagram.

"Attention‼️ I love God. According to Universal Records, this year alone, my album catalogue sold 325K worldwide and #ThePinkprint is now at 4 Million worldwide," Minaj wrote on Instagram. "Since January, I've received 11 billboard entries, and yesterday with that ASCAP award, I became the most awarded female rapper in history‼️ To top it all off, this year I received the title for most Hot 100 entries by any woman in the HISTORY of MUSIC. A title previously held by Aretha Franklin for 40 years. They don't want you to post your achievements & accomplishments. It makes them uncomfortable. But you must! B/c everyday, ppl broadcast your failures. They shout them to the mountain tops. So never EVER stop posting your accomplishments. I love my fans so much. Thank you. #NBAAwards Monday. Can't wait for you guys to see my performance."

Remy appeared to fire back during her acceptance speech Sunday night, spewing some lines from her Nicki diss track, "SHEther."

"I just wanna say," Remy said. "Y'all bitches got fat while we starved. Shots in your ass, pads in your bras. Y'all some liars, it ain't no facts in your songs. And yeah that crown is coming back to the Bronx." 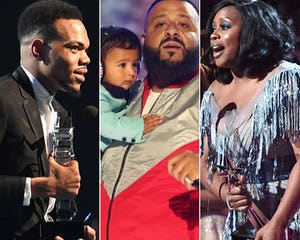 The Only 7 BET Awards Moments Anyone Will Be Buzzing About

I fell asleep on the #BETAwards but soon as I woke, I checked to see if @RealRemyMa won! I'm so happy, I'm gonna have a good Monday! #RemyMa

Nicki Minaj on her way to the studio to do a Remy Ma diss pic.twitter.com/zb7zHy32jn

Everyone deserved their award except for Remy Ma #BETAwards pic.twitter.com/1EFoPpzm5m

Only time Remy Ma trends is when she's shading Nicki ..... not when she drops an album pic.twitter.com/3mdpXComWb

The only hype Remy Ma has got this year was her diss to Nicki she didnt work for that AWARD AT ALL #BETAwards #Nickiminaj #RemyMa pic.twitter.com/owhB3mbZaJ

They actually gave Remy Ma the award for ratings. Her "fans" think she deserved it. #BETAwards

RT if you support Remy ma winning
Fav if you don't #BETAwards pic.twitter.com/YSb1TBVMee

This is the Remy Ma that have better bars than Nicki Minaj?😂 #BETAwards pic.twitter.com/pHtLIvy22o

Nicki Minaj didn't even attend the #BETAwards and got tweeted 9x more than Remy Ma... notice the difference! pic.twitter.com/x2Y42tbJ3m

BET: "and the award goes to Remy Ma."

This will be Remy ma's biggest accomplishment and milestone in her career thanks to Nicki Minaj #BETawards pic.twitter.com/hrNPQshWuD

This was my face 5 mins straight when they called Remy Ma's name. pic.twitter.com/YWz99bbfvV

Remy Ma? The lady who got a feature on All The Way Up and a one diss record is the best female artist?? pic.twitter.com/n6Op3Icpqc

Remy ma girl you can't even win a award without shading or mentioning Nicki Minaj, I can't #BETAwards pic.twitter.com/cjrK9426QZ 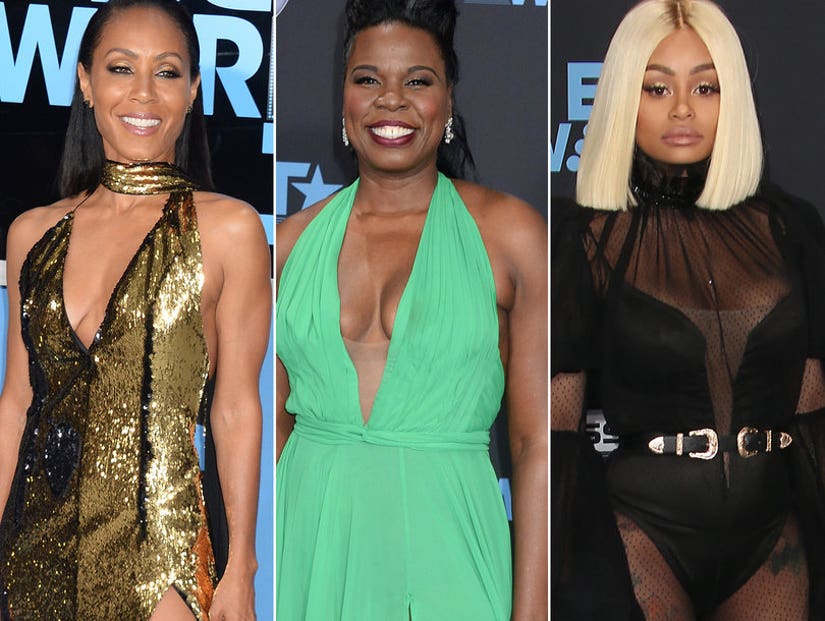