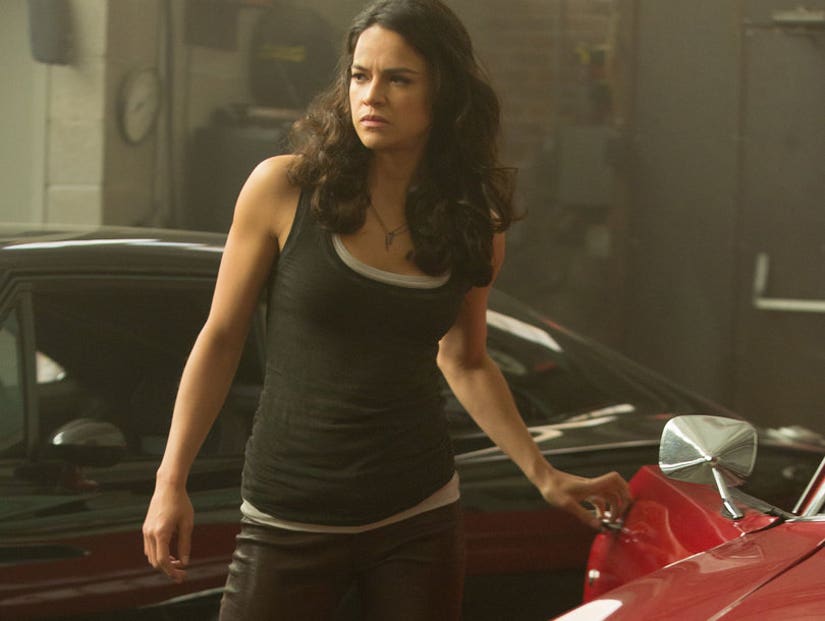 Michelle Rodriguez celebrated Tuesday's digital release of "The Fate of the Furious" by ripping into the franchise for its representation of women. And Rodriguez, who's appeared as Letty in five of the eight films, said she may even walk away from the series if things don't change.

"F8 is out digitally today, I hope they decide to show some love to the women of the franchise on the next one," she captioned a photo on Instagram, "Or I just might have to say goodbye to a loved franchise. It's been a good ride & Im grateful for the opportunity the fans & studio have provided over the years."

While the latest installment did introduce female villain Cipher (Charlize Theron), the film brutally offed Elsa Pataky's Elena Nives and sidelined Letty and Ramsey (Nathalie Emmanuel) -- as well as Tej (Ludacris) and Roman (Tyrese) -- to make room for beefed up roles for Dwayne "The Rock" Johnson and Jason Statham.

Jordana Brewster was also cut from the franchise following the real life death of Paul Walker.

The release dates for the next two films have already been announced. "Fast & Furious 9" will drop April 19, 2019, while the 10th movie is set to hit theaters April 2, 2021. A spinoff with The Rock and Statham is also reportedly in development.