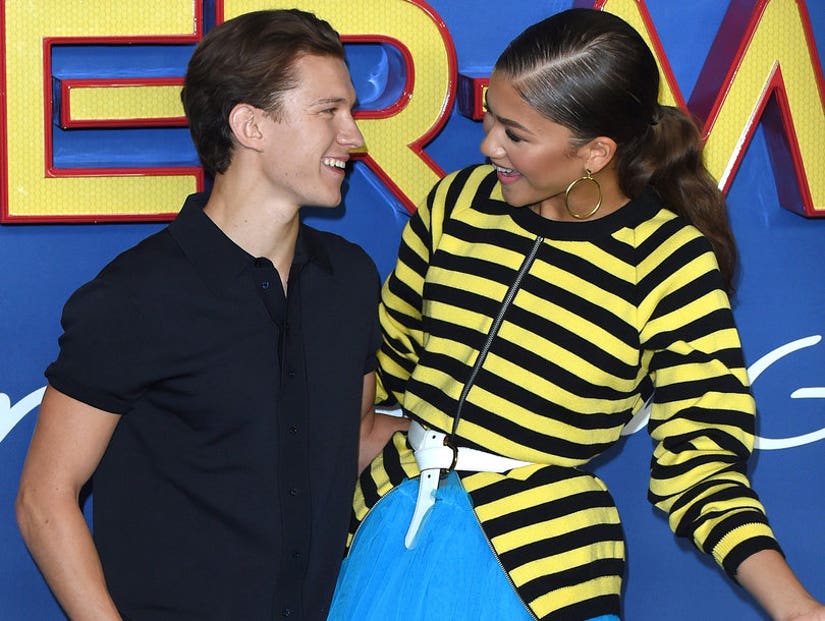 Tom Holland and Zendaya may make a pretty pair on the red carpet, but they want to make it very clear they're not dating in real life.

The two "Spider-Man: Homecoming" stars attempted to shut down online talk they're an item, following a PEOPLE report saying "they've been super careful to keep it private and out of the public eye but they've gone on vacations with each other and try and spend as much time as possible with one another."

Well ... here's how the two reacted to the news.

Wait wait...my favorite is when it says we go on vacations together HA! I haven't been on a vacation in years!😂😭🤣hbu @TomHolland1996 ??? https://t.co/zSkvcfzzTa

If the two were hooking up, it wouldn't be a Spider-Man first. Tobey Maguire and Kirsten Dunst reportedly dated when they played Peter Parker and Mary Jane Watson in Sam Raimi's trilogy, while Andrew Garfield and Emma Stone were quite the pair when they did the two "Amazing Spider-Man" films as well.