Donald Trump and his son, Donald Trump Jr., sure gave Seth Meyers plenty of material for his talk show return.

After a two week vacation, Meyers returned to "Late Night" on Monday with a scathing, 14-minute takedown of Trump Jr.'s Russian e-mail scandal.

While one White House official called the fallout "sum of all fears stuff. It's what we've all been dreading," Meyers had a different take. "Maybe you've been dreading it, but the rest of us have been waiting for it like the new season of 'Game of Thrones.'" 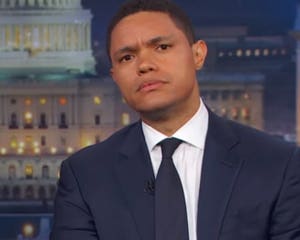 As for Donald himself dismissing the situation by calling the meeting simply "politics," the late night host was shocked.

"No it's not," Meyers said. "Politics is running attack ads and kissing babies and going down on a corndog at the Iowa State Fair. Just because something is political doesn't mean it's just politics. If John Wilkes Booth had shot Lincoln and said, 'Hey, that's politics,' they still would have arrested him!" 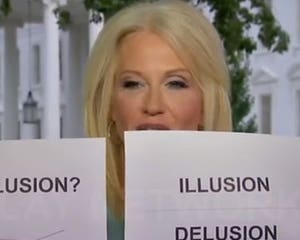 Later in the show, another of the president's children got the spotlight, as guest Maya Rudolph broke out an Ivanka Trump impression.

"I notice, through her teeth, she kind of talks like she has a sexy secret. She's always talking like she works in a lingerie store a little bit," Rudolph said, as she did Ivanka's voice. "Like, if you want to get the matching panties, you can get them, but they're $14.95."

"And then everything was like a grin," she added. "I'm sorry, do you have a sexy secret?"