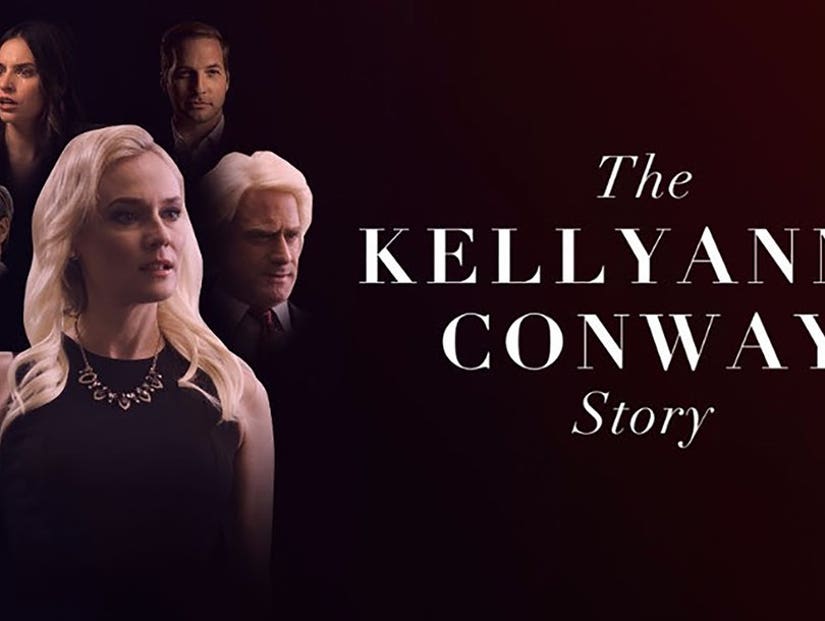 Funny or Die put together a trailer for a faux TV movie about the Counselor to the President's rise to fame called "The Kellyanne Conway Story."

Starring Diane Kruger in the title role, the fake film focuses on Conway's rise from Ted Cruz supporter to Donald Trump mouthpiece. Trump's played by "Law & Order" alum Chris Meloni, who rocks a ridiculous rig and shares quite a few moments of sexual tension with the Conway character.

Watch the trailer below to see his reaction when she threatens to leave over the "Access Hollywood" tapes and the moment the term "Alternative facts" was born.

Check out the press synopsis for this totally fake and never-to-be released movie below:

Who is the woman behind the throne of Trump?

Get ready for an exclusive first look at this soon to be released biopic about one of Washington D.C.'s most influential women, Kellyanne Conway.

The film, which was written, produced, and cast by the Trump spokesperson herself* takes an in-depth and dramatic look at her rise to becoming the right hand of the president himself.