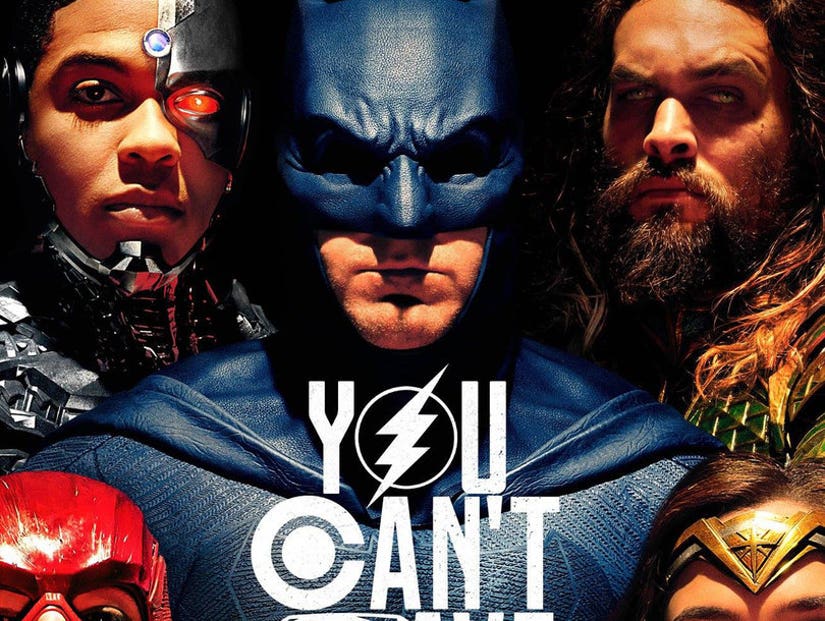 Warner Bros. had one of the most anticipated panels of Comic-Con on Saturday morning.

With updates on its upcoming DC superhero films and sneak peeks at other projects in the works -- including "Ready Player One" and the new "Blade Runner" sequel -- Hall H was the place to be.

Here's everything we learned about the company's upcoming slate from the panel moderated by Chris Hardwick!

Director Steven Spielberg made his third Comic-Con appearance for "Ready Player One," a film adaptation of Ernest Cline book. The film is set in a future where most humans live in a virtual world where everyone's somewhat obsessed with the '80s. In the movie, a group of high school kids are on a quest to find a secret treasure hidden by the virtual world's creator.

The first footage from the film introduced the world of the Oasis -- the virtual world -- where Tye Sheridan's character goes to escape from his life in "The Stacks," a futuristic trailer park. Inside the Oasis, he can be whoever he wants to be. The clip showed some of the pop culture touchstones the film would be referencing, including the Iron Giant, Freddy Krueger and a high speech chase with the "Back to the Future" DeLorean.

Cline revealed he actually drives a DeLorean in real life and had Spielberg sign the glovebox when they met. He also promised the movie would be packed with classic video game characters as well.

Ryan Gosling and Harrison Ford were on hand for the sequel to "Blade Runner" from Denis Villeneuve.

"We had a really good script based on a really good idea. I felt, when I read the script, it had great depth and a fantastic opportunity," Ford said of returning to the role of Deckard Shaw.

Also, star Jared Leto also appeared via hologram. So that was fun.

Jason Moma ran into Hall H from the back, with his character's trident in hand, whipping the crowd into a frenzy.

Director James Wan appeared via video, saying the movie will be packed with "epic storytelling, fun adventures, romance on the biggest canvas imaginable." After seeing some badass concept art, the crowd was shown a quick clip to get a feel for the mood of the movie.

The video showed two old men fishing in the middle of the ocean, before their hook catches onto something MASSIVE. Under the ocean, we see giant ships, which look like huge sting rays. There were also shots of warriors riding around on sharks.

First thing's first, Affleck shut down talk he's being moved out of the role. "Let me be very clear. I am the luckiest guy int the world. Batman is the coolest fucking part in the universe," he said. "I'm so thrilled to do it. It's fucking amazing. I still can't believe it after two films."

As for footage, here's the new trailer:

When asked "Where is Superman going to be?" by a young, Momoa replied, "Son, I don't know if your parents showed you the last movie, but Superman's DEAD."

"We can't say much, but if you're a big fan of Superman, I'm sure you're going to be very very happy to watch us," Gal diplomatically replied.