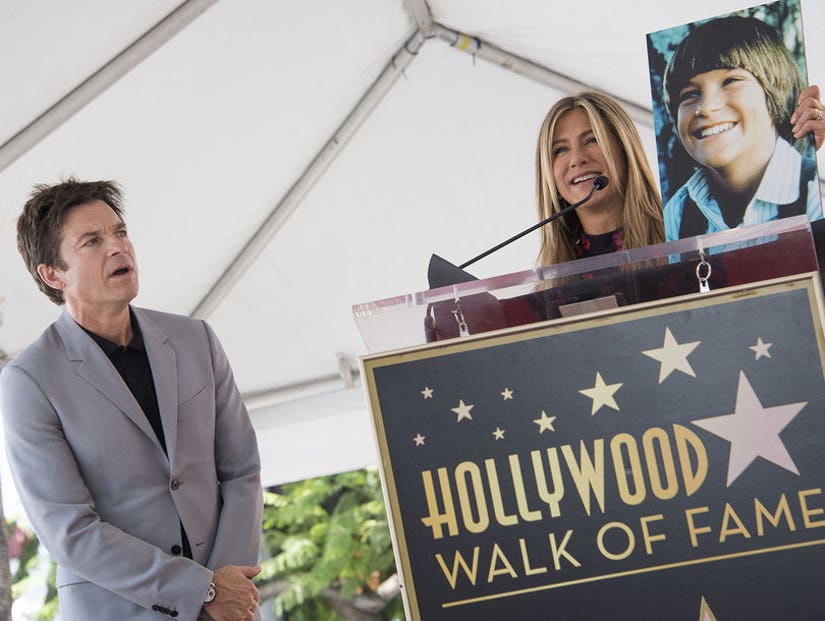 Jason Bateman felt the burn from Jennifer Aniston on Wednesday, as she totally roasted her friend and "Horrible Bosses" co-star during his Walk of Fame star ceremony.

As one of the speakers before his star was unveiled, Aniston came equipped with jokes and props during her introduction speech.

"Do you guys remember this little guy?" she asked as she held up photos of Bateman from his youth. "Wait, it gets better, and then this little muppet! Once you've made it on the cover of Muppet Magazine, haven't you done it all?" 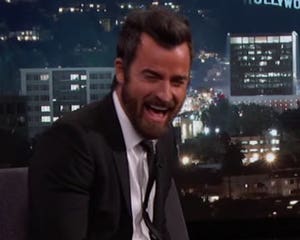 "One thing has proven itself to be true and that is that having longevity in this business is not easy, especially starting out as a child actor," she went on. "Usually that's a story that doesn't always end well and when I actually met Jason, it was kind of looking like it could go either way."

She shared her first impression of the actor, recalling a wild New Year's Eve party from back in the day. "Thankfully, he outgrew those days of being over-served and terrifying people," she joked.

Getting more serious, she added he's a "fantastic partner in crime, the most generous straight man who makes the world laugh and cry on a dime and he is a vicious negotiator." 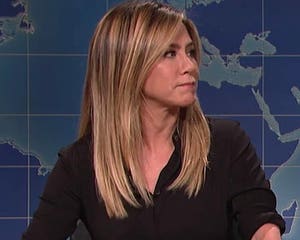 "The part I'm the luckiest that I get to witness is Jason Bateman the husband, the fantastic father, the fantastic friend and, as we lovingly call him, the grandfather," she went on. "It's like, is he young? Is he old? He looks 12, he acts 100! A head of hair that even women envy. But even in his most restful state, he is one of the loveliest men to be around."

Watch the full ceremony below. Aniston's comments start around the 52-minute mark.