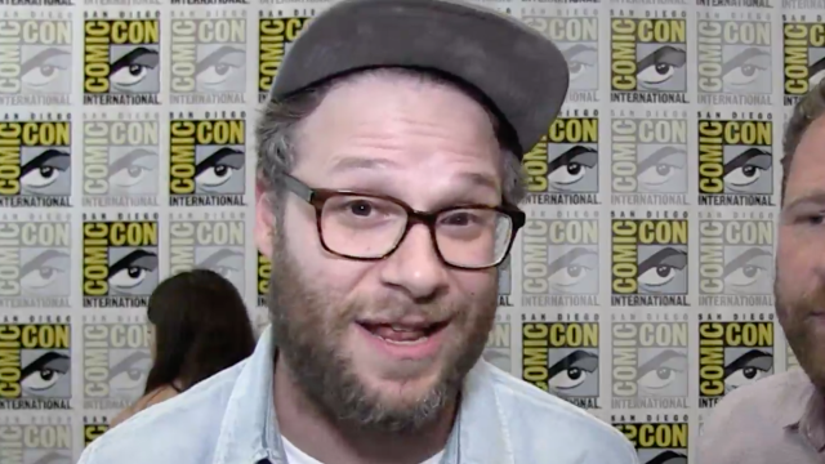 Rogen serves as both director and executive producer on the upcoming Hulu show, which follows a janitor ("Hunger Games" alum Josh Hutcherson) who is called upon to help a pair of warriors from the future (Eliza Coupe and Derek Wilson) travel through time and save humanity.

"I think our show will be beloved by the people who are here at Comic-Con," Rogen told TooFab at the annual fan convention. "It's about science fiction, video games and I think if there's one crowd that's a good place to launch this, it's this crowd. It is a show for them and only them. We don't want you. That's not true, please subscribe to Hulu and watch Future Man. You don't have to subscribe to watch it ... I don't think so. I think you just have to watch commercials. So it's free." 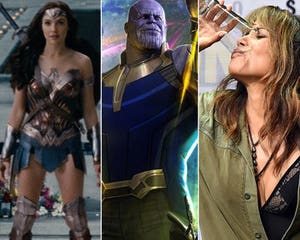 Rogen and fellow EP Ben Karlin said working on the streaming platform gave them a lot more freedom when it came to what they were allowed to show and say on the series.

"It's good to enter the streaming world. I always thought of my self as streaming. We do things that are insane and truly shocking to me when I watch them so I think streaming is one of the only places this show could live," said Rogen. "But at the same time, it's very cinematic. It looks like a big expensive movie that has a lot of filthy stuff in it."

As for casting Hutcherson in the lead role, Rogen said they needed an everyman who could also pull off the show's extreme comedy.

"We needed someone who can portray the reality of what's happening and be funny and he has a very Michael J. Foxish quality," he said. "And 'Back to the Future' is not only one of our favorite movies but also tonally, if 'Back to the Future' had way more disgusting jokes, that's kind of what we're going for. He was just perfect."

"Although, to be fair, we did start shooting with Eric Stoltz," joked Karlin. "And we did fire him, great joke," added Seth. 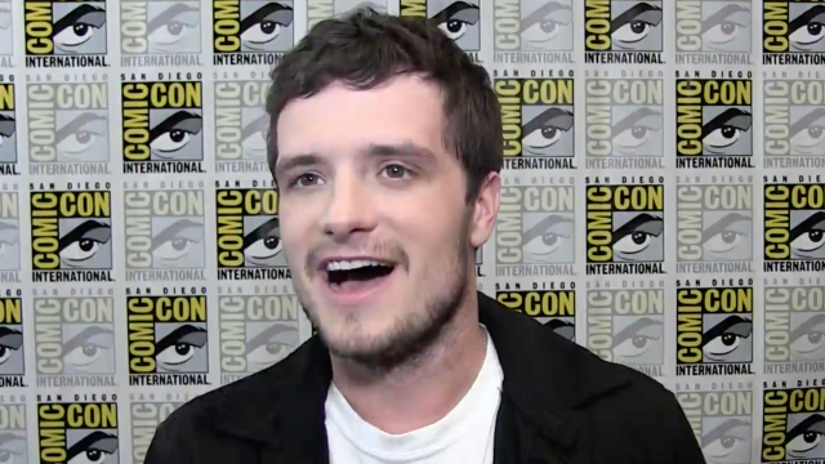 Hutcherson told TooFab he was happy to get into his character's robotic mech suit on set.

"I did suit up, that's my Future Man wardrobe. You feel epic, you feel like you can take on anything, you feel like you can kick some real ass," he explained. "Most of the show, my character isn't quite the most action hero type guy. So I'm on the sidelines for a lot of it just freaking out about what's happening." 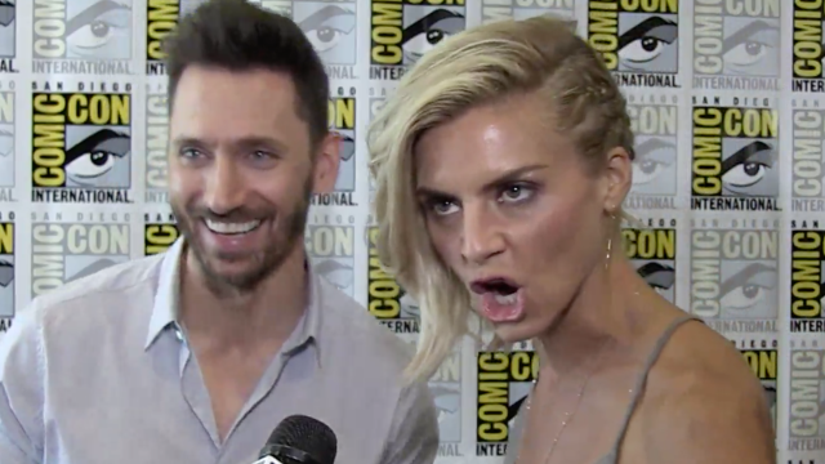 Co-stars Derek Wilson and Eliza Couple also got to rock badass makeovers for the show, with wild hair and those killer costumes.

"It takes about an hour and a half to get into full makeup and hair. As far as the wardrobe goes, I showed up on set, I didn't really know what this show was," Wilson told TooFab. "I was shooting another show, came on set, put on the costume. It gives you a certain feel. These are extreme characters, extreme because the situation they're put in."

"There was a day we were on location and we walked off set to get Kambucha," Wilson said.

"We were in Downtown LA and we were walking like, 'Fuck the world!'" added Coupe. "It was such an actor moment, I was like people are going to stop if I stop in front of this traffic. No. They were scared though, we looked scary."

Check out the teaser for the show below. "Future Man" debuts November 14 on Hulu.

The only way to know it's a real laser is to look directly down the barrel. @FutureManOnHulu premieres Nov. 14. pic.twitter.com/V9970s8CGo