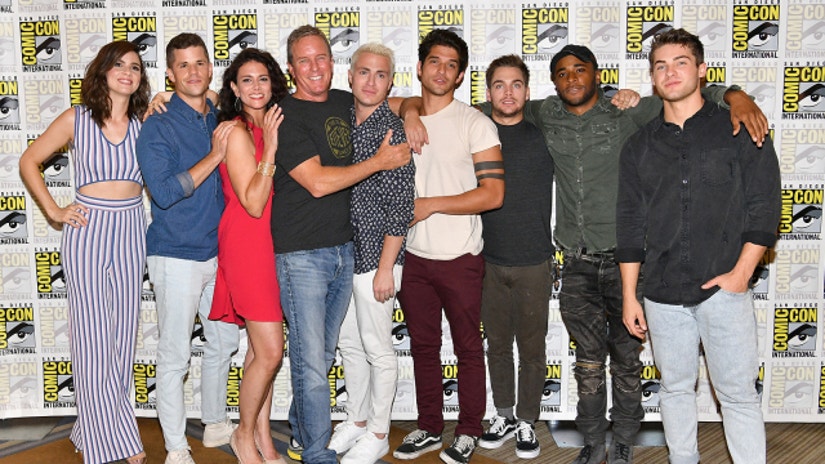 "Teen Wolf" returns for its final season this Sunday on MTV and after seven years on the air, it wasn't easy for the cast to say goodbye.

TooFab caught up with the stars of the show at Comic-Con earlier this month, where we asked them to share personal stories about filming their last scenes for the series ever.

There were tears, speeches and, for one star, a whole lotta nudity.

My last scene that I filmed was with Tyler. And it was also the last scene to be filmed of the entire show on our final day. It was numbing and overwhelming all at the same time. Just such a big feeling of ending such a pinnacle chapter in my life - I will be digesting that moment for a long time to come! Everyone came out- past cast, past crew...there were tacos and beignets...and champagne.... We all watched Lydia say Scott one more time. It was such a special scene for both of us and will be remembered for the rest of my life.

I remember wrapping and just, I couldn't stand around or I'd probably just start bawling. I just booked, got in my car, went home. I ran from my emotions. I couldn't.

I remember the week leading up to it, I'd be on set, looking around, taking it all in. You know something's ending, you take it in and savor it, you let it resonate with you and you appreciate it. And, damn, it was ... yeah.

I went in naked and I came out naked. I don't know if that was on purpose or just a testament to how many times I'm actually naked on this show, but I was in bed my last scene and I got tears all over the pillow. I was so embarrassed and then they wrapped me and I'm naked.

I had seen for other actors, the crew gathers, so I was like, is everyone going to see me naked? I don't know how this worked. They threw a robe on me, I walked outside and everyone was there. They start clapping. You try and say something to make sure they understand how thankful you are for laughing at you when you're not funny, telling you you have toilet paper stuck to your butt cheek, just always having our backs and making it fun. We truly had an amazing time making this show.

My last day man, it was 16 hour day, I was first up and the last scene out, rushing to beat the clock because they had to get me out. It was crazy. Producers came over, first AD came over and said alright guys, that's a picture wrap on Cody for the show.

You look around and you see all these faces man and the relationships and memories, it all like floods. It was hard. I went around, it took me 20-25 minutes and gave everyone a hug, thanked them from the bottom of my heart. Everyone gave it 110% percent and it shows, that's why we have a show that kicks ass like this.

My last day actually kept being bumped to another day because scenes were being bumped and then my last day was going to be at 6am after a 20-hour day and nobody was going to care. But [director] Russell Mulcahy looked at me and we were shooting my last scene on my last day and looked at me like, you know what this is and I was like [falls to ground] and I was like, dude, don't be so under-dramatic/low key dramatic, I know what this is. One two takes and it was done and then I spoke to the cast and the crew in a very personal way and it was really amazing.

My body was going to get to those tears moments and things started going in slow motion, but I didn't cry. I more so was watching the people that have been here for 7 years, from day one until the end of the 100th episode, that was something I just respected and watched. I was in awe about it.

Khylin also recorded a special message to the show's fans, watch that below: 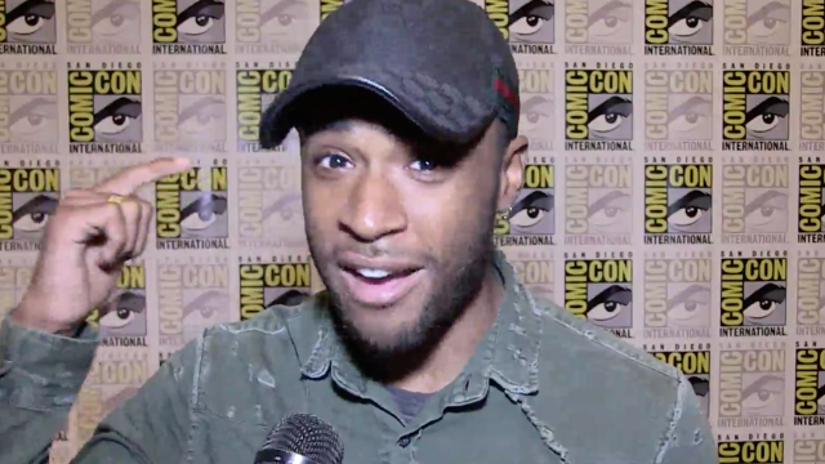