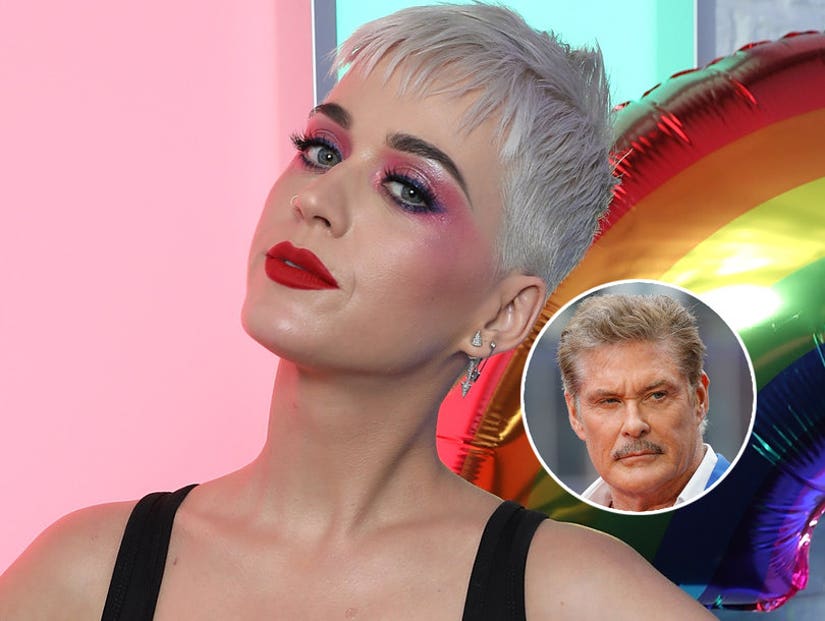 Katy Perry threw shade at David Hasselhoff when asked if there was any truth to the reports claiming he's being considered to join her as a judge on ABC's "American Idol" reboot.

Perry called into Sirius XM's "Morning Mashup" to chat about this weekend's VMAs hosting gig and speculation she's dating Orlando Bloom again and "Idol" when she learned of the Hoff reports for the first time.

"What?! I had not heard that, actually," Perry said. "I'm sure it's all out there. I know there's some people that are in play, and David's not necessarily been one of them, God bless. But I think that it's gotta be people that you respect in the music industry as far as people that you go, 'Oh, yeah, they have something to contribute as far as constructive criticism.'"

TooFab reported Monday that David Hasselhoff is absolutely down for the judging gig.

"That was my manager calling because I kind of like do whatever is thrown up and one of them is, would you [be] a judge on 'American Idol'?" he told TooFab. "I said sure, throw me the ball."

When asked if he'd ever met Perry, he added, "Met her? I've gone to a concert and hung out with her mom and dad for a long time. Glen Ballard, who wrote a bunch of her songs, wrote a song for me back in the day ['The Best Is yet to Come']. It's a good time right now." 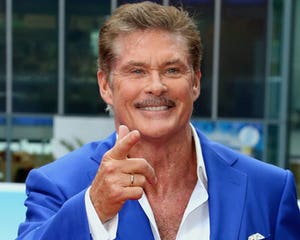 Despite Perry's concerns over Hasselhoff, she still sang the show's praises: "It's the one show that's left that actually produces talent and gives people the opportunity to make their dreams come true."

Perry is set to take on hosting duties at Sunday's MTV Video Music Awards, but she said she's not nervous -- as long as she doesn't cross Nicki Minaj.

"All you have to do is read off of a prompter and like pick out some cute outfits and not have beef with Nicki because my worst fear is for me to throw Nicki and she go, 'What's good, Katy?'"

Perry was of course referencing the 2015 VMAs when Miley Cyrus hosted and got into a spat with the verbal-spitting queen.

"And now back to...this bitch that had a lot to say about me the other day in the press," Nicki said after receiving an award for her video for "Anaconda." 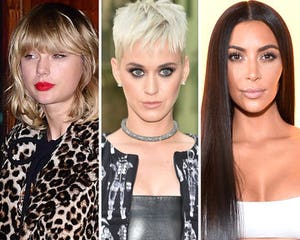 Perry also threw cold water on rampant internet speculation that she and Taylor Swift will publicly squash their beef by collaborating Sunday live onstage at the awards.

"Listen, I'd love for the beef to end," Perry said. "I'd love to take it off the barbecue. I'm down, but I haven't heard anything of it. Once again, we tell each other lots of stories, don't we?"

On a possible romantic rekindling with her ex, Orlando Bloom, Perry was coy.

"I think people are in and out of your life," she said. "It's nice to keep people that you love around you, and I think for me it's never so extreme. When you get older, lines get blurred. For me, I'm really busy. I'm about to go on tour for another year like I did and get to play the new record, 'Witness,' to everyone and connect with them on that level, and I'm really excited about that." 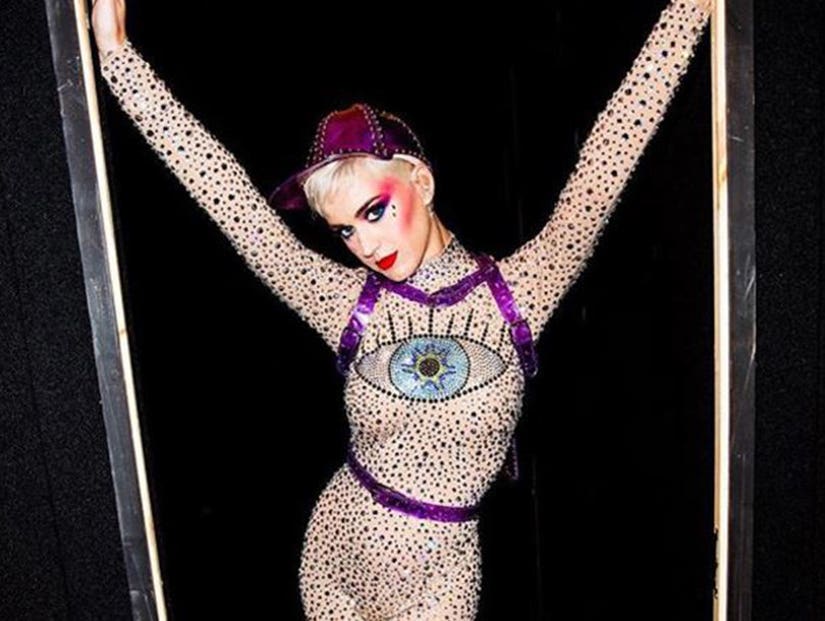