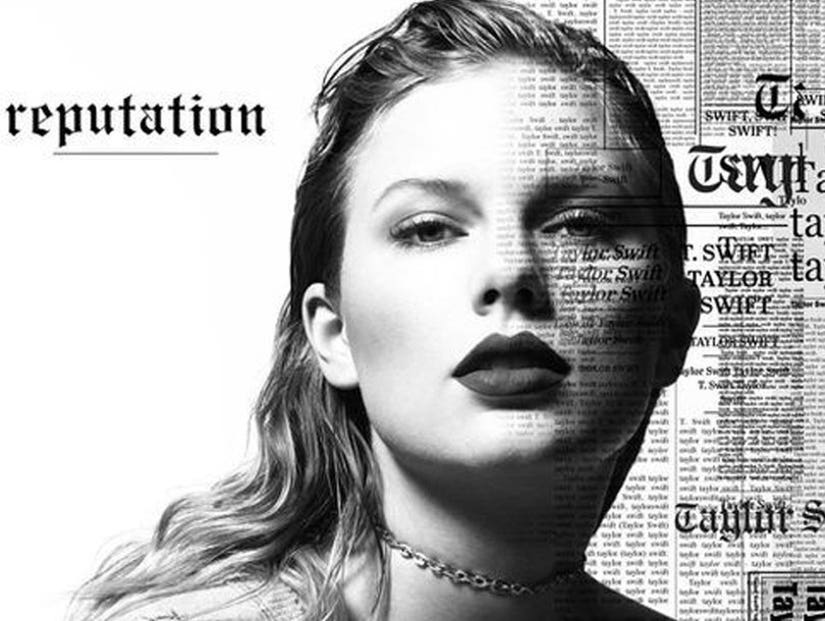 Taylor Swift just dropped the first single from her upcoming album "Reputation," a song titled "Look What You Made Me Do."

The revenge number is one of 15 tracks on the album, which will be released November 10. The lyrics certainly seem to be in direct response to her very public feuds with Katy Perry, Kanye West and Kim Kardashian and how they've all played out in public. A ton of the Twitter reactions (below) also thought she was speaking directly to them.

"But I got smarter, I got hotter in the nick of time. I got a list of names and yours is in red, underlined," she continues before repeating the song's title for the chorus.

She then possibly quotes Britney Spears' "Piece of Me," another song that tackled the media's coverage of a pop star. "The world moves on, another day another drama, drama, but not for me, not for me, all I think about is karma," Swift coos, "Maybe I got mine, but you'll all get yours."

At one point, Taylor talks over the beat as if she's answering a call, saying, "I'm sorry, the old Taylor can't come to the phone right now. Why? Because she's dead."

Social media exploded after the song dropped -- see some of the best reactions below, as many believed the song was a clapback to the K's in her life: Kim, Kanye and Katy.

Taylor was once called "Regina George in sheep's clothing" and her new song uses the beat from this scene in Mean Girls. 👀 pic.twitter.com/lpRCCIIk1w

LOOK OUT REGINA TAYLOR'S COMING FOR YOU pic.twitter.com/gYjLYmYEJF

me: *sees whole TL fighting abt pop song, instead of anticipating sweet release of death in nuclear apocalypse*
me: i miss this. i miss us.

So is she talking about Kim and Kanye?! Or Katy? Or Calvin?! I can't keep up right now #LookWhatYouMadeMeDo pic.twitter.com/jvNMzrxO05

Me waiting for the Kim & Kanye response to #LookWhatYouMadeMeDo like pic.twitter.com/8JPGamGdHD

Taylor in #LookWhatYouMadeMeDo : I'm sorry the old Taylor can't come to the phone right now. Why? Because she's dead.

So Taylor's trying to reclaim all the shit people called her as a clapback to Kim, Kanye and Katy #LookWhatYouMadeMeDo pic.twitter.com/BdUW64hcJg

IMO it doesn't really sound like Taylor though. My first reaction was "She kinda sounds like Katy Perry" #LookWhatYouMadeMeDo #Awkward pic.twitter.com/oRbvtex0BJ

Not quite as catchy as "Shake it Off"...and I wouldn't be surprised if Kanye woke up mysteriously dead tomorrow morning #LookWhatYouMadeMeDo

taylor is sassy
taylor is unapologetic
taylor is coming for blood#LookWhatYouMadeMeDo pic.twitter.com/aHsKpU8UPS

#LookWhatYouMadeMeDo is.....a bop but that Chorus throws me off. That beat alone will be performed by every Queen though pic.twitter.com/Yc8zkxqQYa

WE CAN'T GET OVER THIS LINE:

Me now that Taylor Swift released a single, pre order to the album, and an inevitable concert #LookWhatYouMadeMeDo pic.twitter.com/jvQHYrcedz

"omfg i stan" —you in 3.5 days#LookWhatYouMadeMeDo

Somebody lied to Taylor several times & told her she was innovative, edgy, & interesting. And she's nothing like that, nothing of the sort. pic.twitter.com/Pf5AVUUKki

Taylor Swift's new song is kinda awesome, but it's also kinda sad in that it forgets the resilience of 'Shake It Off.' #LookWhatYouMadeMeDo

Blank Space: Got a long list of ex-lovers#LookWhatYouMadeMeDo: I've got a list of names and yours is in red underline

This is like the Taylor Swift's less quality version of Miley's Bangerz phase? #LookWhatYouMadeMeDo pic.twitter.com/aniksa9LGN