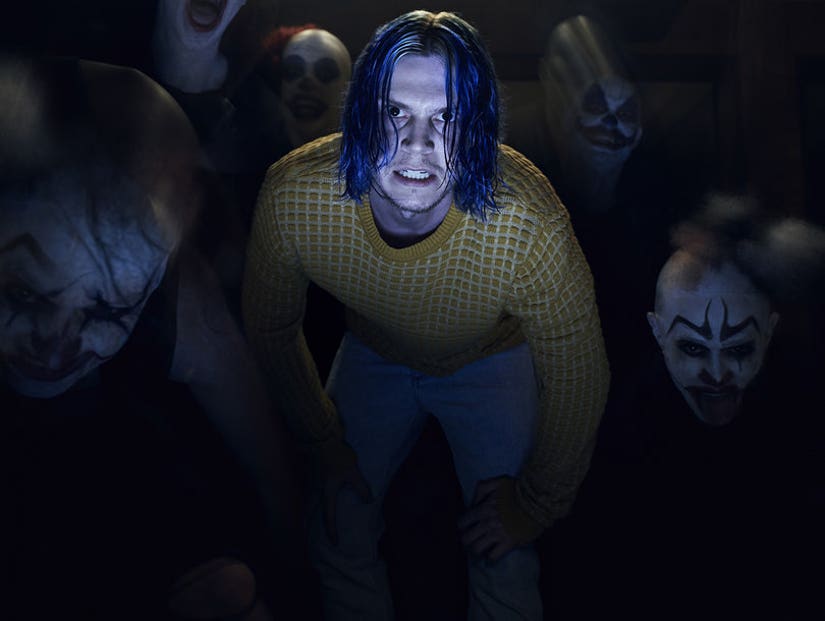 The new season revolves around the fallout from the 2016 election, kicking off moments after Donald Trump was named president. The first three episodes were sent to critics before the premiere on September 5 and most -- but not all -- of the early reviews seem promising.

In addition to positive acting buzz for returning stars Sarah Paulson and Evan Peters, franchise newcomer Billy Eichner is also getting praise for a "haunting and honest performance that you probably weren't expecting."

A lot of the critics also noted most seasons of the show start strong before going off the rails, so who knows what's to come.

See some of the early reviews below:

"So far, I'm properly disturbed by Murphy and company's much-too-close-to-home allegory, amused by some of the sharp social satire and endlessly impressed by Sarah Paulson. That should keep me with American Horror Story: Cult longer than I've stuck with several other seasons."

"Such primal and political fears are the blessing and the curse of Cult, a horror-political-comedy with its sights set ambitiously on so many targets — including cult leaders who gain power by playing off the public's fears — that its satire sometimes cuts into the scare factor."

"Give Cult credit for trying to connect with the current cultural mood, though it offers over-the-top stereotyping of both sides as well as spot-on insight. And even if the constant door-banging (what, no doorbells?) stops giving you the intended jitters, such horror-trope winks might still provide a laugh."

"There's a lot of interesting stuff here to play with here, and I respect the hell out of Murphy for having the balls to tackle this head on, right while we are all still in the thick of it. Of course, this is still American Horror Story, which means that it's going to tackle all of these issues with the subtlety of a anvil falling on a Looney Tunes character's head."

"Due to its particularly timely subject matter, I'm rooting more than ever for American Horror Story to stick the landing this time."

"American Horror Story: Cult may be the scariest installment of Ryan Murphy and Brad Falchuk's series yet."

"If you are an AHS fan, a horror fan or just want to see good storytelling that is in many ways only a thin narrative membrane away from real life, then watch Cult. For all the politics and stylization, Murphy and Falchuk aren't clowning around this year."

"The new season manages to undermine the left's legitimate fears and amplify the right's monstrous traits all in one frenzied mess of an allegory ... For horror fans uncaring of political relevance or accurate representation, it should be noted that 'American Horror Story: Cult' is also quite boring."

"It adds up to a confounding experience that, at best, is easily forgotten and at worst is offensive to all parties. Liberals aren't just snowflakes with imaginary fears, and the right isn't only made up of soulless fear-mongers."

"It's easy for me to say that Cult is set up to be the most clever and unnerving American Horror Story to-date."

"Murphy left the supernatural elements out of this season, which was honestly a brilliant choice. By doing this, the situations and characters in Cult are ones that we all are familiar with. You can't watch this series and say, 'Oh that's not scary because haunted houses and Kathy Bates butcher-demons aren't real!' Gun violence is real. Psychological disorders are real. Clowns are real. Evil people are real."

"If Murphy and Falchuk can keep this up for an entire season, Coven and Murder House need to watch their backs."