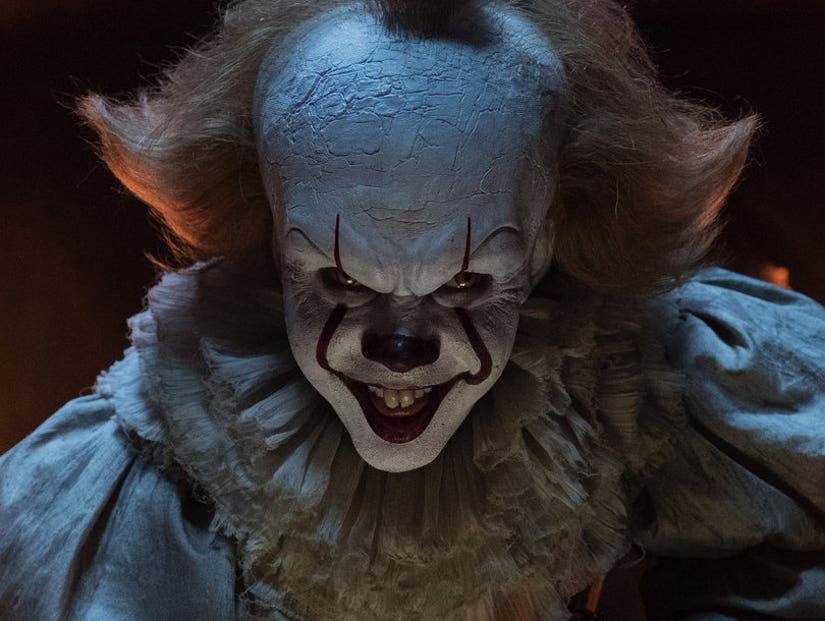 "IT" provides plenty of jump scares, a creepy ass clown, nostalgic '80s coming-of-age vibes this generation can't get enough of and even lots of laughs, but it's not the masterpiece some Stephen King fans may have been hoping for.

While cinematography and special effects have come a long way since King's iconic horror novel was adapted as a TV miniseries in 1990, and the new Losers Club is just as (if not more) lovable, the problems with R-rated New Line Cinema release lie in the script -- and probably even King's source material -- credited to screenwriters Chase Palmer, Cary Fukunaga (who was originally set to direct) and Gary Dauberman.

Director Andy Muschietti's spin tells a linear story, an improvement on the previous TV movie's reliance on flashbacks from adults, so we sit through each character's frightening encounter with Pennywise before they all get together to do something about it. Sure, scares and convincing visual effects are important, but so are two common horror movie elements: mythology and rules. 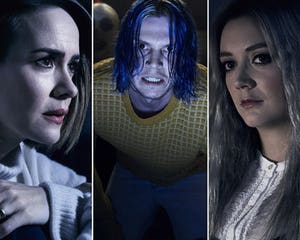 The mythology, if done right, subtly tells or, better yet, shows the audience the necessary information about the monster, which can usually be boiled down into five Ws. In the case of “IT”, we want to know who is this clown guy? What is it exactly? When did it start eating kids? Where did it come from? And why is it here?

Fortunately for the movie, a lot of people who have either read the book or watched the TV adaptation, starring the great Tim Curry as Pennywise, will have a pretty good idea of what It is. But those who haven't read the book (like this writer) or have never seen the TV miniseries might leave theaters unsure of the answers to some of those burning questions. In the best horror movies, the reveal of the monster's mythology can be just as unsettling as the monster itself, but “IT” chooses to focus on maximizing the terror of the scenes Pennywise is in (a lot of them, by the way) instead of spending screen time building a creepy atmosphere that heightens with every new piece of creepy information revealed to the characters the audience is living vicariously through.

Gore Verbinski's 2002 remake of “The Ring” is an excellent example of how this can be accomplished. Not only was every piece of the puzzle as fascinating as it was unsettling, there was a clear motivation to do the research: Naomi Watts' character is a journalist investigating her niece's death. In “IT,” the character who sniffs around the local library to investigate the unusually high amount of missing children in Derry is literally doing it just because. The narrative suggests he's bored and he has no friends, but that's code for just because. To top it off, the information he digs up doesn't really enlighten us much on the subject of this demon thing that surfaces every couple decades to eat kids. By the time the movie gives us a brief history lesson, we've already seen the monster numerous times and assume that any missing kid in Derry has been nabbed by Pennywise. 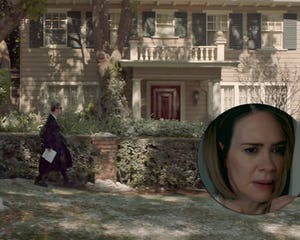 Of course, to most viewers, that knit pick won't matter, but that brings us to the shaky logic of the characters — all of which are entertaining and wonderfully cast, but fall victim to the horror movie trope of being, well, kinda dumb. Even more distracting, every member of the Losers Club is oddly calm about the scary ass shit that is unfolding everywhere around them — at home, at the library, even in the synagogue.

Much like a “Peanuts” cartoon, adults don't matter in Derry and the kids never go running to them for help, even after they're chased by Pennywise and various ghouls he takes the shape of to take advantage of their individual fears. But this is 2017, and thanks to a rash of real-life creepy clowns being spotted at night in towns across America just last year, we all know that even adults would go running to the police if they spotted one, especially if said clown had razor-sharp chompers and charged at them in close quarters. A scene establishing how inept the Derry police department is or parents in absolute denial of the town's killer clown urban legend would have gone a long way in making these kids seem smarter.

That's not to say they're completely stupid. The movie demonstrates main protagonist Bill (Jaeden Lieberher) is more resourceful than his parents while investigating his little brother's disappearance, Richie (Finn Wolfhard) has a gift for perfectly timed wisecracks, Eddie (Jack Dylan Grazer) is quick to respond with a classic “your mom” joke wherever applicable, Beverly (Sophia Lillis) knows how to evade bullies and her horribly abusive father, and new kid on the block Ben (Jeremy Ray Taylor) is an avid reader, while late addition Mike (Chosen Jacobs) is smart enough to bring a captive bolt pistol to a clown fight at the end. 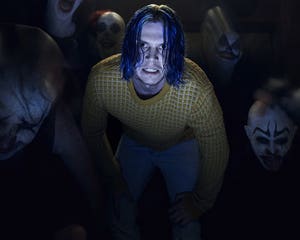 Their bright personalities don't quite line up with the structure of the movie: Every kid gets a visit from Pennywise, in some form, but don't tell each other until after cleaning up a bathroom coated in blood. In fact, Bill doesn't connect the dots between their individual experiences until after the janitorial task from hell is completed. Logically, when a friend shows you their blood-drenched bathroom, you say, “You know, something weird happened to me, too.” Not in “IT.”

The logical flaws aren't limited to the kids, either. The rules for Pennywise are never clearly defined, allowing the monster to do just about anything It wants to. We're never quite sure what is real and what is not, and if what the characters are seeing isn't real, can they still be hurt? Exactly how much playing does Pennywise need to do before he starts killing? And how can you hurt a monster that can do anything it wants? We won't give the final solution away for those who aren't familiar with the source material, but it's not all that climactic.

So, horror fans walking into “IT” expecting the movie to rise above common complaints about the genre will be disappointed, but they will be entertained and probably freaked out enough to be happy they bought a ticket. The costume design, flawless visual effects and Bill Skarsgard's performance set this Pennywise apart from Curry's, no doubt. Whether you think this clown is scarier than the last is entirely up to you, though.