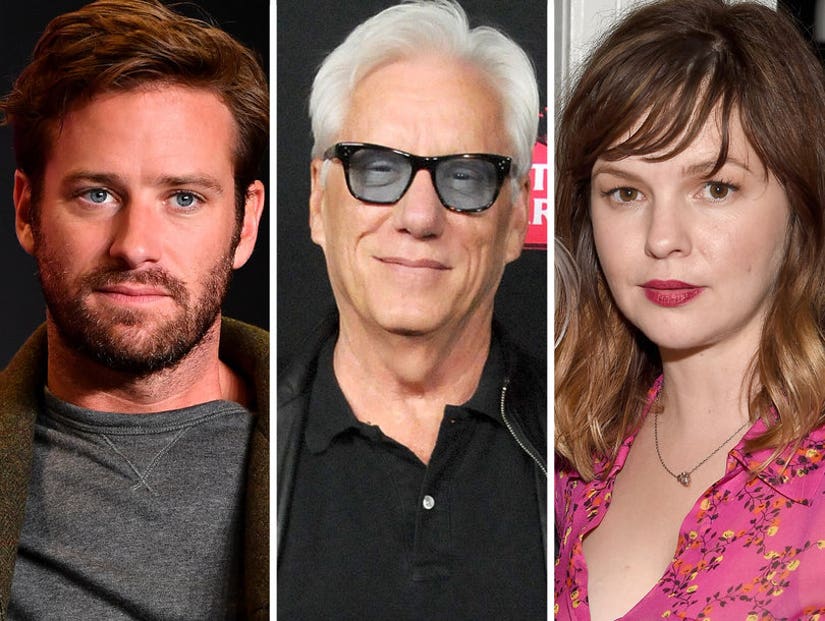 James Woods tweeted that Amber Tamblyn's story is "a lie" after she tweeted that he hit on her and her friend and tried to take them to Vegas when she was only 16.

Tamblyn did not back down and continued to taunt Woods on Twitter Tuesday morning, tweeting a screen shot of a text message from a friend who seems to confirm the incident and retweeting another person who says the actor's creepy dating habits are an "open secret" in Hollywood.

Very open. I have a friend with a similar James Woods story from Mel's in Hollywood.

Armie Hammer called out James Woods after the actor said Hammer's new gay-themed film "Call Me By Your Name" just "chips away the last barriers of decency."

The movie, which is generating industry buzz after screenings at the Toronto and Sundance Film Festivals, is a coming-of-age love story between a 17-year-old boy (Timothée Chalamet) and 24-year-old man (Hammer).

Woods then quote tweeted the comment, adding, "As they quietly chip away the last barriers of decency. #NAMBLA," citing the hashtag for the North American Man/Boy Love Association.

Hammer caught wind of the tweet and criticized the actor's hypocrisy for dating a much younger woman when he was 60.

Tamblyn then joined the conversation by claiming Woods once invited her on a trip to Las Vegas when she was 16.

James Woods tried to pick me and my friend up at a restaurant once. He wanted to take us to Vegas. "I'm 16" I said. "Even better" he said.

James has yet to respond to either Hammer or Tamblyn on Twitter. Reps for Woods or Tamblyn were not immediately available for comment.